The survey was conducted by Railroad Workers United, an umbrella organization that stretches across the freight rail industry’s multiple unions, 13 of which are involved in contract talks with most of the nation’s largest freight rail carriers. 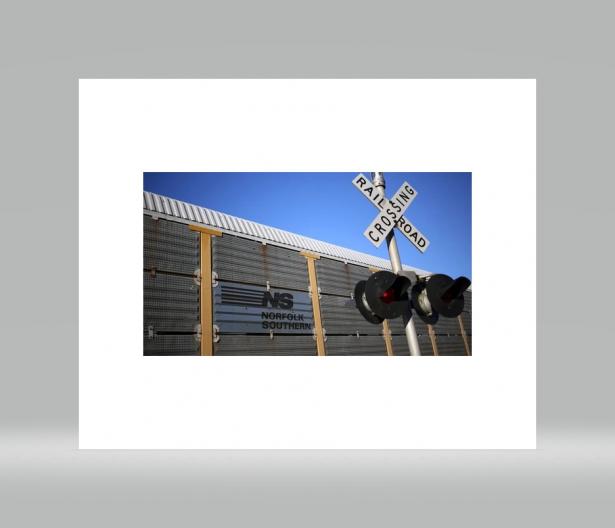 96 percent of freight rail workers still want to strike as soon as they can under federal law, despite a Joe Biden-appointed emergency mediation board recently drawing up terms for a potential compromise contract, according to a survey conducted by a railroad worker group.

The survey is the latest indication that the deep, years-long cleavage between workers and management centering on working conditions, pay, and health care benefits at the country’s freight rail lines will not be easily reconciled.

“People are pretty furious,” said Railroad Workers United secretary Ron Kaminkow, who conducted the survey. He added there was “nothing really surprising, but it’s always very vindicating when the word on the street and from your co-workers that it’s overwhelming is verified.”

The survey was conducted by RWU, an umbrella organization that stretches across the freight rail industry’s multiple unions, 13 of which are currently involved in the contract talks with most of the nation’s largest freight rail carriers. The survey was specifically about the recommendations issued by the Presidential Emergency Board, a three-member panel appointed by the government to come up with its own recommendations for a contract. Earlier this month, the PEB released recommendations that essentially split the baby, falling halfway between the two sides’ pay proposals, modifying the status quo on health care so employees pay a larger share, and providing one extra personal leave day per year, a stance workers seem to widely regard as inadequate given much of the bargaining over the last two and a half years has been on working conditions.

The railroads largely sounded a supportive tune on the PEB’s recommendations, whereas the rail unions were more tepid. Two days after the recommendations were released, Sheet Metal Air Rail And Transportation (SMART) Transportation Division President Jeremy R. Ferguson issued a statement saying, in part, “While it is a slight comfort knowing that these results are still better than those the carriers previously proposed and what likely would have been obtained under the previous administration, it does little to alleviate the division between the hedge fund managers, shareholders, and railroad officers—those who have obtained record profits, bonuses, stock buybacks and lower operating ratios all the while sitting in their climate-controlled, sanitized corporate offices—while the working people, their employees, our members, fellow brothers, and sisters are on call 24/7/365, working safely, loyally, moving America’s freight and citizens.”

But if the RWU survey is any indication, that is unlikely to happen. Members of every rail union took part in the survey, and when asked “Do you think that railroaders should exercise their right to strike on or after September 16, as allowed under the Railway Labor Act?” 95.8 percent said yes. Similarly, when asked if they would vote to ratify the PEB’s recommendations if offered, 93 percent said no. Of the respondents to the survey who are part of the three unions that reached a tentative agreement, Kaminkow said “more than 90 percent” opposed the recommendations and wished to strike.

Kaminkow was the first to admit to Motherboard that the survey was not scientific, but with more than 3,200 respondents, and in conjunction with his regular outreach work for RWU, he is confident that it actually represents worker sentiment.

It likely won’t be up to the railroad workers whether or not they can strike, though, thanks to a federal law that allows Congress to order railroad workers back to work to avoid disruption to the nation’s economy. Despite being some of the oldest and historically most influential unions in American history, the terms of their next contract are largely not up to them.