The Alternative to Cash Bail Is a Simple Reminder

A community organization created a web tool that simply reminds people of their court dates. The impact is profound. 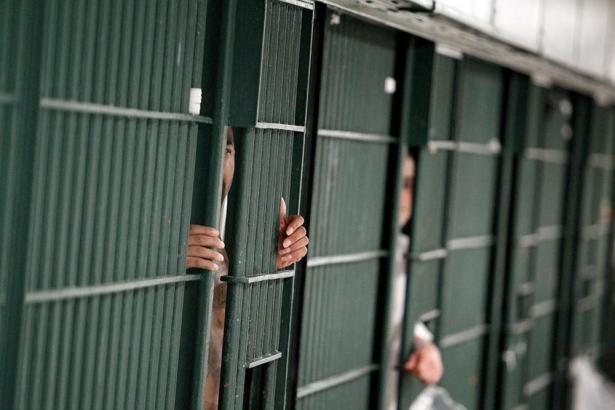 Last March, the California Supreme Court ruled that low-income individuals were not to be subject to cash bail, stating that “conditioning freedom solely on whether an arrestee can afford bail is unconstitutional.” This came four months after a widely scrutinized bail reform law subject to a referendum was defeated by California voters in 2020.

Other states have moved even further to eliminate cash bail, part of the growing national concern with how a de facto for-profit element of the criminal justice system jails and immiserates people by the millions, the vast majority of whom have not been convicted of a crime. An Illinois bill from 2021 eliminates cash bail starting in 2023. In 2017, New Jersey eliminated bail in favor of giving judge's discretion on pretrial release.

Limiting and eliminating bail is a step in the right direction, but it leaves questions about how the system will actually handle those who enter it. The truth is that most people would prefer to attend their court date than miss it. And studies have shown that simply reminding people of when their court date is reduces the amount of people who fail to appear (FTA).

Community-focused solutions like CourtReminders.org, which services Los Angeles County and is run by the non-profit Fund For Guaranteed Income (F4GI), have the potential to reduce pre-trial imprisonment, as well as the undue burden many individuals face when presented with non-appearance marks on their records.

The tool, which is free and launched in July, is remarkably simple. Someone with a court date only has to put their case number into the website, which will then look up the court date on public records and send three reminders ahead of time. It is designed to be accessible anywhere and to take the guesswork out of when people need to get to court.

“How can we give people this obligation and not help them get there? We’re saying it has dire consequences if you do not show up,” Nick Salazar, chief operating officer at F4GI and the project developer for CourtReminders.org, told me. “So why wouldn't we incentivize and help people to make it to court, if that's what you want?”

Despite its simplicity, a court-reminder system has proven remarkably effective in other instances. Reminders reduced FTAs by over 20 percent in New York, and a Nebraska study also saw significant reductions when they tested a reminder system. Postcards and phone calls have also been shown to be effective methods; in Los Angeles, a robo-dialing system for traffic court dropped FTAs by 22 percent.

But the digital age calls for digital solutions. A website like CourtReminders.org instituted in the largest county in America by population could become a model for the country, as a simple, low-cost way to give power back to people who would otherwise have no control over their pre-trial fate.

A court-reminder system could help reduce prison overcrowding. As the American Civil Liberties Union wrote, “pretrial incarceration caused by unaffordable bail is the single greatest driver of convictions, and is responsible for the ballooning of our nation’s jail and prison populations.” At the launch of CourtReminders.org, pretrial detention made up 48 percent of all incarcerated people in the L.A. County jail system, the largest in the world.

People can miss court for a myriad of reasons, and most of the time it is due to circumstances beyond their control.

According to the Prison Policy Initiative’s “Mass Incarceration: The Whole Pie” report from 2022, almost 550,000 people were awaiting trial in pre-trial detention in local jails  last year, and 445,000 had not been convicted of a crime. The majority of that detention is caused simply by an inability to afford bail. As PPI found, the standard bail amount for felony charges is $10,000, and “most people who are unable to meet bail fall within the poorest third of society.” This is why the bail bond industry, where about 10 insurers control most of the underwriting, is so massive.

Opponents of bail reform argue that people will fail to show up in court without the threat of bail, or go on to commit crimes while waiting for their court date. The latter possibility has been demonstrated to be mostly untrue, but the former is often boosted by reports of FTA’s rise after bail reform. As The Appeal pointed out, using FTA rates as an indicator of the failure of bail reform “obscures the fact that most people who miss court aren’t on the run,” and how most are “vulnerable people in the criminal justice system: poor, homeless, or mentally ill.”

As many have pointed out, people can miss court for a myriad of reasons, and most of the time it is due to circumstances beyond their control. Some cannot get time off of work, given that court is in session in the middle of the work day. Others struggle to arrange childcare and transportation. And like all humans, people awaiting trial can sometimes just forget. Compounding this is the fact that someone who is as little as five minutes late for a court date could be cited for failure to appear and a warrant for their arrest.

A failure to appear can be a devastating mark on someone’s record, but it is remarkably easy to get one. And getting a bench warrant issued and spending time in jail has been shown to disrupt a person’s life in many ways: people can lose their children, their jobs, and other opportunities.

Much of the merit that comes from CourtReminders.org is that it is a community-developed tool. F4GI takes care to keep the website separate from authorities, and does not collect any unnecessary or incriminating information.

“The tool demonstrates what's possible when community-based organizations demand a policy intervention proven to reduce incarceration as well as design the path towards its implementation,” Nika Soon-Shiong, executive director at F4GI, said in a statement over email. “Courtreminders.org illustrates how silos between community, for-profit prison industry telcos, law enforcement agencies, and bureaucracies can and must be broken—as urgently as the crisis of incarceration demands.”

Ramenda Cyrus is the John Lewis Writing Fellow at The American Prospect.