Supply chain disruptions, from crops to water to energy, could be devastating if freight rail unions strike as soon as Friday. 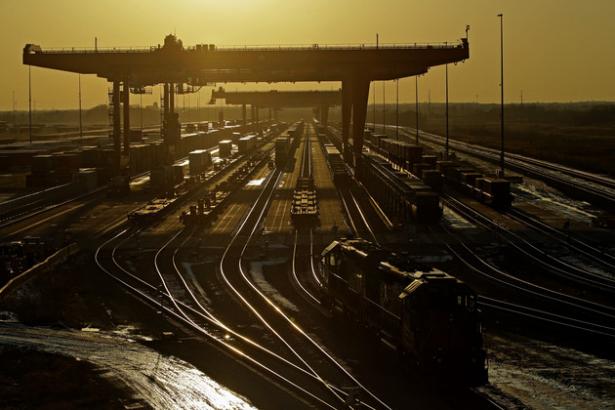 Unless Congress intervenes, nearly three years of contract talks between the railroads and 13 unions are set to hit a critical point. ,Charlie Riedel/AP Photo

The threat of an economically devastating railroad worker strike that could begin as soon as Friday is forcing a crisis response from the Biden administration — and bringing 11th-hour brinkmanship from the freight rail industry, its unions and both parties in Congress.

The White House was making it known that President Joe Biden is on the case, telling reporters that Transportation Secretary Pete Buttigieg and his agency are leading an effort to blunt a strike’s effects on critical resources such as food, drinking water and electricity. At least two other Cabinet secretaries have tried to help the railroads and unions reach a deal, and Biden himself has spoken directly with both sides of the labor dispute.

A work stoppage would still inflict major trauma for the economy and the president’s party, threatening to leave consumers with soaring prices and bare store shelves less than two months before the midterm elections. That means maximum leverage for all sides of the dispute, including unions seeking to wrest more concessions from the railroads over working conditions.

Share this article on
It also puts Democrats into a bind over whether Congress should impose a settlement to avert a strike, over the objections of their allies in the labor movement — a predicament Republicans were eager to exploit.

Other Republicans said they would push the Senate to vote on imposing a settlement, a stance backed by business groups such as the U.S. Chamber of Commerce, even as many Democrats called for giving the two sides more time to reach a deal.

Unless Congress intervenes, nearly three years of contract talks between the railroads and 13 unions are set to hit a critical point when a federally mandated cooling-off period expires at midnight Thursday, allowing the unions to call a strike if they choose.

The prospect of a strike is already causing disruptions: Amtrak — a Biden favorite — has canceled service on three long distance routes and part of a fourth that operate on freight-owned tracks. Freight railroads are suspending some kinds of service to ensure that sensitive and hazardous materials, such as chlorine for drinking water, aren’t stranded mid-journey.

A strike would cause even more disruption on an economy still battered by more than two years of pandemic-era supply chain interruptions, on the heels of a report Tuesday showing inflation still stuck above 8 percent.

Railroads are crucial for transporting all manner of commodities including food crops, fuel, cattle and building materials — and halting it would cost the economy $2 billion a day, according to the Association of American Railroads.

Almost 40 percent of the nation’s long-distance freight ton-miles move on rail, more than any other mode of transportation. That’s far more than freight than the trucking industry, still mired in labor shortages of its own, could possibly absorb.

At the heart of the dispute is a compromise proposal that an emergency board appointed by Biden issued last month. While most of the unions have tentatively agreed to those terms or appear close to doing so, train conductors and engineers say they will hold out for more protections against what they call harsh work rules.

If the parties can’t agree on their own, the only way to avoid a strike falls to Congress. But lawmakers typically dislike getting involved in contract disputes, and Democrats are particularly allergic to stepping into the fracas.

“The bottom line is we’re urging both sides to come together to come to an agreement, period,” Senate Majority Leader Chuck Schumer said at a leadership news conference Tuesday.

Meanwhile, Republicans are spoiling to make an example out of Democrats’ hands-off approach.

The vote will mostly be symbolic, as Democrats are unlikely go allow it to move forward — but it will give Republicans some additional talking points with which to hammer Democrats.

Republicans aren’t the only ones that favor this outcome. They have the backing of business groups like the Consumer Brands Association, The Fertilizer Institute and the U.S. Chamber of Commerce, in addition to the railroads themselves.

And Wicker argued that one alternative Democrats have suggested, extending the current cooling-off period that prevents both sides from shutting down the rail network, is no longer possible because trains are already going offline."It’s a statutory option, but I don’t think it’s a good option,” Wicker said.

Eleanor Mueller and Oriana Pawlyk contributed to this report.