‘My Emancipation Proclamation’: The Man Fighting to Free Millions From Their Criminal Records 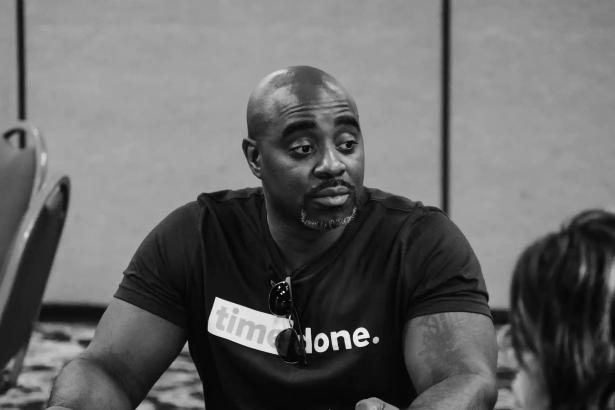 Jay Jordan has led a successful campaign to give millions in California the chance to clear their criminal records. ,Photograph: Courtesy of Alliance for Safety and Justice

When Jay Jordan was getting out of prison in 2012, he had an ambitious plan to turn his life around. He was going to sell life insurance, restore old cars, get a real estate license, and establish a community barbershop.

There was one problem: his criminal record barred him from every single industry.

Ten years later, Jordan, 37, has led a successful campaign to give millions of California residents the opportunity to clear their criminal records and be free from similar barriers. Last month, state lawmakers passed a bill championed by Jordan, now a criminal justice advocate, allowing for automatic sealing of a wide range of arrest and conviction records – the most far-reaching reform of its kind in the US, experts say.

The harsh treatment of people with criminal records – a uniquely American phenomenon in a country that is a global leader in incarceration – traps tens of millions of people in poverty, denying them access to jobs, housing, education and other basic rights.

After years of incremental reforms, Jordan is helping California take a huge leap forward – one that he hopes will be transformative for the country. Jordan hopes his efforts in California can bring change nationally. Photograph: Courtesy of Alliance for Safety and Justice

When he learned lawmakers had passed the bill, Jordan thought of his father, who grew up in Okmulgee, Oklahoma, as segregation was ending in the 1960s: “He told me about finally being able to go to the other side of town legally; it felt like he was born again, like a weight lifted off his shoulders. That’s what I feel. So many of us have been waiting for this day – to be free,” he said.

Jordan grew up in Stockton, California, the youngest of eight, his father a preacher and mother an engineer. He spent a lot of time in church as a kid, handing out food and clothes. At 11, he remembers holding his hands in the air as officers pointed guns at him outside his church because they had mistaken fireworks for gunshots.

In high school, he started hanging with a crowd that had minor run-ins with the law. And at age 18, he and a group of friends attempted to rob someone on the street so they could buy beer.

No one was hurt and nothing was taken, but Jordan was caught and arrested. He refused to name his friends, so all the charges landed on him, including firearm charges, because a gun was present. In 2004, at age 19, he accepted a plea deal for seven years.

His sentencing came amid a “tough on crime” crackdown on Black defendants in Stockton, he said: “They wanted to make an example out of us.”

The state prison he entered was “a war zone” of melees and violence, he said. Amid one riot, he and other Black prisoners were sent to solitary confinement where he spent two years, unsure he’d ever get out, he said. As he met more incarcerated people from his community, he said, it became clear that many of them could have avoided prison if they had just received some resources or a small push in the right direction: “It hit me that everyone has a story, and everyone just needed help at one time.”

So he decided he’d fill that gap upon his release: “It wasn’t just ‘hopes and dreams’, it was an actual, well-researched plan on how I would get out and be successful and help other folks.”

While he was incarcerated, Jordan’s siblings helped him purchase two vending machines, placing them at their workplaces and allowing him to build up savings.

The day of his release, he went straight to his friend’s Stockton barbershop for a haircut and shared his plan to run his own barbershop that would offer other community services. His friend broke the news: he couldn’t get a cosmetology license with his felony. Within days of his coming home, every other part of his plan unraveled. 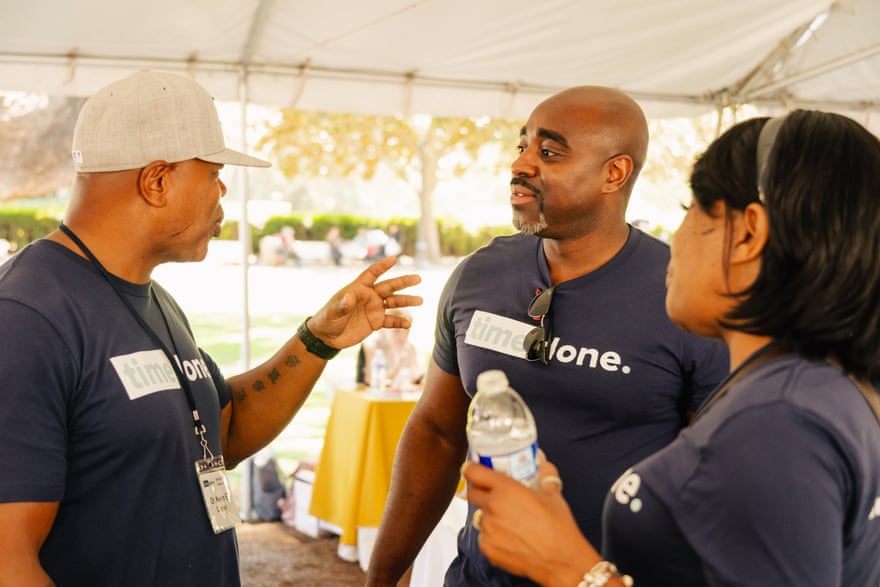 Nearly one in three US adults has an arrest or conviction on their record. Photograph: Courtesy of Alliance for Safety and Justice

An estimated 70 million US residents, nearly one in three adults, has an arrest or conviction on their record, including eight million in California. Compared with Europe, where there are strong privacy laws and the “right to be forgotten”, Americans’ records generally follow them until they die, even for arrests without convictions: “No country uses criminal records like the United States. It’s pervasive in every aspect of daily life,” said Jenny Roberts, an American University law professor.

In a country that is home to more than 20% of the world’s prison population but just 5% of the global population, the impact is profound: “It’s not just mass incarceration. We have a system of mass criminalization,” Roberts said. In addition to housing, employment and occupational licenses, records block people from adoption, volunteering, voting and taking care of elderly relatives.

As Jordan’s career plans collapsed, he bought more vending machines to stay afloat and got a job via a temp agency in a grocery store warehouse at the edge of Stockton, working alongside undocumented residents. He said he was fired after a crate fell on his hand and he could no longer work: “That’s post-conviction poverty: folks are subjected to horrible working conditions and predatory industries.”

He still wanted to give back and founded a mentorship organization to help high schoolers get into college. He met with city, police and school leaders, who loved the idea. But the day before the program was scheduled to launch, Jordan was told not to show up by school board officials: his record barred him from entering the school.

So he launched the program at his father’s church instead. All 120 participants in the first 18 months successfully enrolled in college, and the program was honored by the Red Cross.

But he still couldn’t get a job.

Jordan quietly went broke: “I funded the whole program myself. I remember giving my literal last $100 to a kid as a graduating gift.” He later went on to work as a field director for a congressional campaign – his candidate won – but when that ended, he again had no job prospects.

He moved to Los Angeles in hopes of finding work and a fresh start. But no one would hire him – or give him housing. He started sleeping in his car. 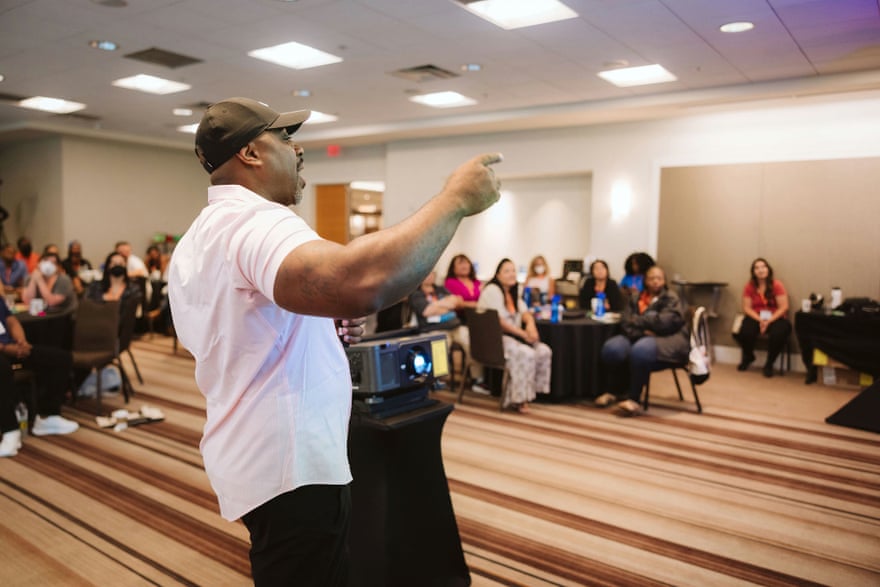 Jordan remained unhoused for months in 2015, even after he got a part-time job making $17 an hour for a faith-based group organizing Black churches in south LA: “No one knew I was homeless.” He spent his paychecks on his car, which still twice got repossessed, and he would eat one ramen packet a day (the first half in the morning as “chips” and the second half cooked for dinner). “I wasn’t eating and was really skinny, but I kept organizing and organizing and made a name for myself.”

Jordan worked on a “Ban the Box” campaign in LA to restrict employers from requiring applicants to disclose their felonies. He then worked for Californians for Safety and Justice, a non-profit advocacy group, founded the #TimeDone campaign to fight against barriers for people with records, and is now CEO of the Alliance for Safety and Justice, a national reform group.

He has repeatedly pushed smaller reforms that would not benefit people like him, with serious felonies. His new bill, Senate Bill 731, is different.

While some states have passed laws to seal a limited set of records, many people imprisoned for felonies have been excluded. Under SB 731, all people with felonies, except those on the sex offender registry, are eligible to petition for records sealing. In addition, the bill calls for the automatic sealing of felony arrests and for felony convictions classified as non-violent, after four years.

“Since I committed my crime, I’ve felt an obligation to give back and make penance for what I did. I think I’ve overpaid: seven years in prison, two strikes, $13,000 and countless ‘no’s’ and hardships. Is this finally the end?” Jordan said. 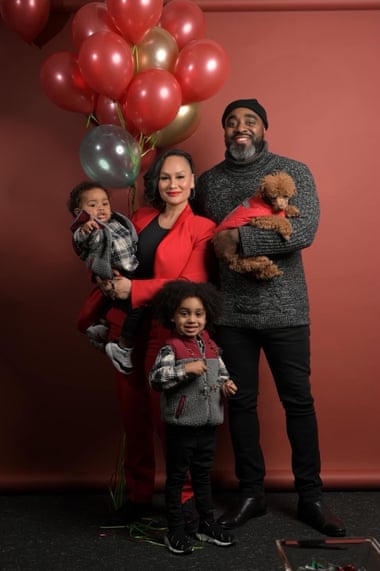 Jordan and his family. Photograph: Courtesy of Alliance for Safety and Justice

The reach of California’s bill would place it ahead of the rest of the country and could have a significant impact on racial discrimination, since narrower reforms have left Black Americans behind, said Margaret Love, an attorney and expert on expungements. She cautioned, however, that there were significant technical challenges to automatic sealing and that successful implementation was critical.

“It could fundamentally change people’s life trajectories,” added Sandra Susan Smith, a Harvard criminal justice professor. “And it could be a profound statement that helps contribute to a cultural shift to move away from the stigma that has been associated with having a criminal record for 50 years now.”

Some prosecutors and opponents of reform have suggested, without evidence, that the mass sealing of records could endanger the public. Police unions have alleged the bill would put “violent criminals back on the street” and reduce the “deterrent to commit another crime”, even though the bill would not release anyone from incarceration and would still allow police to access criminal records.

Jordan disagrees. “When you remove barriers and create pathways to economic stability, that is squarely in line with public safety,” he said. “If people aren’t stable, you’re not going to have safety. The reason why people are still in this shit is because they ain’t got no money! Those of us with felonies don’t get to participate fully in the economy – it’s an economic travesty.”

Meeting so many people burdened by their records over the years has been Jordan’s driving force, but has also taken a toll: “I learned how to write policy so I could write my own emancipation proclamation … It’s come to a point where I can’t sleep. I stay up at night, trying to figure out how to save people. There’s always been this sense of urgency. I feel like I’m holding the weight of everybody with the scarlet letter on their chest.”

Jordan now lives with his wife and their two young boys, and they hope to have a third child – this time, a daughter, through adoption. First, however, he needs to expunge his record.

If the governor signs the bill, it will allow Jordan to petition to seal his own record, which, despite his achievements as an organizer, remains a remarkable hindrance.

Sam Levin is a correspondent for Guardian US, based in Los Angeles. Click here for Sam's public key. Twitter @SamTLevin