Cuba’s Gay Rights Vote Is a Victory for Socialist Values

A referendum to end discrimination against gay couples in marriage and adoption just won big in Cuba. That’s a victory for the core values underlying the socialist project. 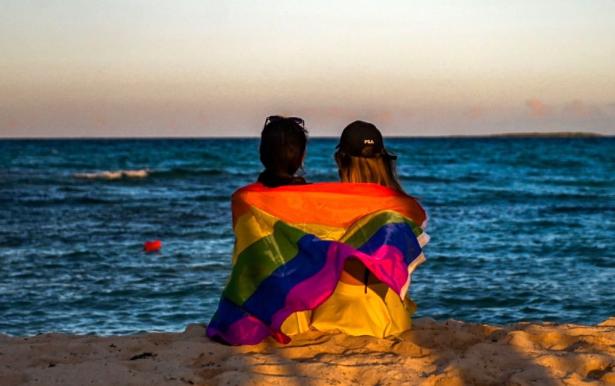 Two-thirds of Cuban voters approved the country’s new Family Code on Sunday, itself a result of an extensive revisions process in which millions of Cuban citizens participated. The new code ends discrimination against gay couples in marriage and adoption. It also strengthens women’s rights by promoting “equal sharing of domestic rights and responsibilities between men and women.”

Preliminary results show that almost three-quarters of eligible voters participated in the referendum — and even bitter critics of the Cuban regime don’t seem to be suggesting that the results were falsified. The Catholic Church and evangelical churches on the island were strident in their opposition to the code, but they convinced less than a third of the Cuban public. That result is a huge victory for gay rights in a country where extreme and disturbing homophobia was official government policy just a few decades ago.

Socialism and Democracy in Cuba

Afull and fair description of the Cuban system would include plenty of elements that merit criticism from a democratic socialist perspective — from the lack of democracy in most workplaces to the lack of a free press and real multiparty elections in the national government.

Of course, it’s always advisable for American critics to take a beat to remember the role of the United States in exacerbating the authoritarian features of that system by posing a massive external threat to its existence — from attempting to invade Cuba to spending decades sponsoring terrorism on the island to imposing brutal economic sanctions.

Even so, we should be able to walk and chew bubble gum when talking about Cuba. We can acknowledge the country’s very real accomplishments in fields like health care and education, and its real contributions to the rest of the world like helping to dismantle apartheid in South Africa, without denying the many dysfunctional and undemocratic features of its system. Similarly, we don’t have to choose between portraying the island as a perfect socialist democracy with a flourishing culture of political dissent and buying into the nonsense of American commentators who portray it as a tropical North Korea.

You can reasonably argue that the vote on Sunday was unfair in so far as the state-run media reflected the government’s support for the referendum — but it’s hard to argue that was meaningless. Almost a third of Cubans felt free to vote no, and multiple factors combined to give those voters more access than they’ve had in the past to alternative perspectives. First, this was the first referendum to take place in an era when most Cubans have access to the internet and social media. Second, a “no” vote was urged by some of the most important nongovernment institutions on the island: its churches.

As the BBC noted, some secular dissidents urged a no vote less out of any opposition to the substance of the new Family Code than because they saw it as a “unique opportunity to hand the country’s communist government a defeat at the polls.” It’s difficult to be sure how much of the no vote reflected such sentiments — especially since it took place against the background of a “serious energy crisis” spurring frustration with the government. But the main opposition seems to have been religious.

The Catholic Bishops of Cuba, for example, put out a statement insisting that the new code violated “a child’s right to have a father and a mother” and that “marriage between a man and a woman, which is the natural basis of the family, cannot be displaced or deformed to make way for other legally constructed ways” of forming families.

Of course, marriage between men and women isn’t being “displaced.” No one’s dissolving the marriages of Cuban heterosexuals. The issue is whether gay people should enjoy the same freedom to get married and start families. And whether children have a right to be adopted by parents who want to provide them with a loving home, whether or not the Bishops approve.

This is a basic question of liberal rights — which can be more fully realized in a socialist society than in a lasseiz-faire capitalist one. John Stuart Mill famously talked about “experiments in living” in his 1859 book On Liberty. He thought it was important for human flourishing that, in the one lifetime any of us get, we all receive a chance to figure out what will help us to live thriving and happy lives. But as I’ve argued elsewhere, telling people that they’re free to live however they want is a lot less meaningful if you don’t also give them the economic support to live however they want. Plenty of people stay in terrible relationships, for instance, because they can’t afford to move out — or have trouble keeping together good ones due to factors stemming from or exacerbated by economic stress.

A socialist society where everyone’s material needs have been met, and workplaces are more like economic republics where everyone has a voice and a vote than economic dictatorships where everyone has to shut up and do as they’re told, would have the potential to realize liberal values in a far more complete ways than even a very liberal capitalist one. But that has to involve formally securing, as Cuban voters finally did on Sunday, the basic rights against discrimination that have long been in place in many liberal capitalist societies.

Without a baseline commitment to egalitarianism, it’s hard to make sense of the normative foundation of socialist politics. One of the most powerful moral arguments for socialism comes in the Canadian Marxist analytic philosopher G. A. Cohen’s short book Why Not Socialism?. Cohen roots the socialist project in the values of equality and community.

The part about equality is straightforward. Capitalist economic structures distribute access to power, material resources, and other advantages on the basis of criteria like whether you were born into a rich family or a poor one, or whether you happen to have been born with just the right cocktail of dispositions, preferences, and cognitive skills to climb the ladder of some professional career. All of this is as morally arbitrary as creating a society where green-eyed people have access to advantages that blue- or brown-eyed people do not. Or, at the risk of putting too fine a point on it, stopping gay people from being able to enjoy the same rights as straight people.

And even where people do end up with a smaller share of society’s resources as a result of their own free choices, and those choices are objectionable in some way, socialists don’t believe that the price of bad choices should be destitution. We think everyone has a right to a reasonable baseline. One way of understanding Cohen’s point here is to say that while even an advanced socialist society might have some inequality as a result of different personal choices, if you value someone and see them as part of a larger community with which you identify, you won’t want to see them fall dramatically below the quality of life you enjoy. Here, too, the connection between liberal and socialist values is obvious: if you care about gay people as much as straight people, why wouldn’t you want them to be able to get married and start families? And if you care about women as much as men, why wouldn’t you want full gender equality within straight marriages?

The Cuban vote is a vindication of all of these values, and should be celebrated as such. It’s also important and valuable that social equality in Cuba was instituted by the will of the voters.

Some critics casting around for grounds for criticizing the vote without opposing equality have tried to portray this as a negative. Juan Pappier, who works as a senior Americas researcher at Human Rights Watch, told the Washington Post that the fact that Cuba’s government is “asking people what they think about the rights of a minority shows they don’t really understand how democracies work.” There’s an obvious level on which that’s hard to take seriously. Marriage equality was instituted in the Republic of Ireland by a national referendum in 2015, for example, and I’ve never heard anyone suggest that this reflects poorly on the Irish understanding of democracy.

On a deeper level, the idea that this is the “wrong” way for equality to be instituted gets things exactly backward. It’s good that equality in Cuba doesn’t hang by the thread that similar protections hang on here in the United States — the opinions of the panel of nine graduates of elite colleges we’ve empowered to rewrite our laws. As we recently found out in the case of abortion rights, where the Supreme Court tossed out the Roe precedent and Kansas voters had to go to the polls to enshrine abortion rights in their own state constitution, building majority support for basic rights through a process of activism and education is a far more durable basis for social progress than counting on a panel of unelected philosopher-kings to do the right thing.

If Clarence Thomas gets his way, American voters in red states may soon have to follow Cuba’s example and reinstate their lost rights by passing pro-equality ballot measures. Meanwhile, anyone who cares about human rights should celebrate the decision of an overwhelming majority of Cuban voters to institute a Family Code that more consistently reflects the egalitarian values that animated their revolution in the first place. For all the very real flaws of Cuba’s system, on this question, today, all there is to say is: Viva la revolución.

Ben Burgis is a Jacobin columnist, an adjunct philosophy professor at Morehouse College, and the host of the YouTube show and podcast Give Them An Argument. He’s the author of several books, most recently Christopher Hitchens: What He Got Right, How He Went Wrong, and Why He Still Matters.