The 40-Year Robbing of Rural America 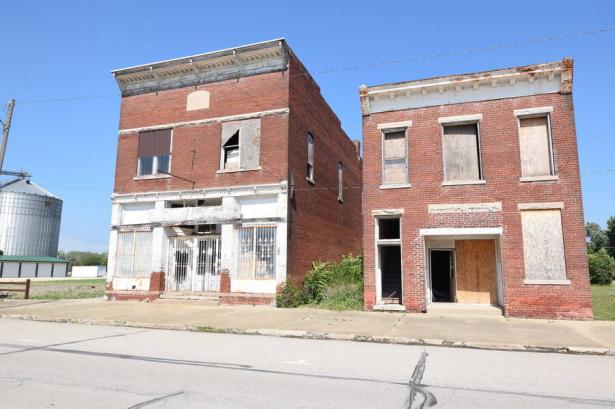 Marc Edelman is a writer and Professor of Anthropology at Hunter College. In his work, academic and otherwise, Edelman investigates what he terms the underdevelopment of rural America. In a 2021 paper entitled ​“Hollowed out Heartland, USA” he writes ​“Rural decline is not simply the result of deindustrialization spurred by free trade, the farm crisis, or automation and robotization. Since the 1980s, financial capital has developed imaginative new ways to strip and seize the assets present in rural zones, whether these be mutually-owned banks, industries, cooperatively-owned grain elevators, local newspapers, hospitals, people’s homes, or stores located in towns and malls.” In the wake of the fiscal austerity agenda enacted by financial and political elites in the late 20th century, the vast majority of the wealth created in America’s countryside ​“has accrued to shareholders in corporations and financial institutions headquartered in a handful of distant, economically dynamic urban centers.” The financialization of the American economy, especially in those places furthest from economic hubs, can be extremely opaque. But its repercussions — many of which are often seen as causes and effects of backwardness and small-town decline — are all around us.

We discuss the destabilizing effects of such uneven development, the parallels between rural and urban landscapes of decline, and the political choices that sacrificed rural prosperity to urban agglomeration, below.

Olivia Weeks, The Daily Yonder: What are ​“sacrifice zones” and what are the institutions they lack?

Marc Edelman: The term isn’t used only one way. I think of it as referring to sites where capital came in, extracted wealth, and then left people worse off than they were before. This describes lots of places in the rural and small-town United States and in poor neighborhoods of big cities.

The more dramatic examples include communities where uranium tailings or other toxic waste surround abandoned mines, where fracking for gas contaminated drinking water, the ​“cancer alley” around the refineries and chemical plants of Louisiana’s Gulf Coast, or the CAFOs — concentrated animal feeding operations — where ponds of hog or cattle manure cause horrendous rural air pollution and health problems. Years ago, I went to a forum in a church in New York to hear people from Appalachia affected by mountaintop removal. One middle-aged woman described living in a paradisiacal country environment of streams and meadows and then one day a coal company blasted the top off the mountain near her family’s home. ​“We got dusted out,” she said. Their water was polluted, their land ruined. There wasn’t much they could do about it apart from linking up and campaigning with other communities that suffered similar kinds of destruction.

Less dramatic sacrifice zones are even more common. We might think of cities and towns where redlining and predatory lending destroyed or prevented people from accumulating housing equity or starting small businesses. Or those thousands of places where people, especially men, used to have factory jobs that paid adequate wages and provided defined-benefit pensions. When factories closed or moved elsewhere those men and their sons often became marginally employed small entrepreneurs, guys with a pickup and some tools. I’ve been living the past few years in a rural county in Pennsylvania. There are people in the area for whom hunting and having a basement freezer full of venison is how they get through the year.

This kind of shift intensified long-standing American ideas about self-reliance and hard work. It fueled resentment of cosmopolitan urbanites, who don’t work with their hands, don’t have ​“real” skills, and somehow seem to make money, nonetheless. It also vitiated any working-class consciousness that might have been there when people worked in factories and belonged to unions.

When communities go into decline, their tax bases suffer. Since public schools and so many services depend on local tax revenues, it becomes difficult to provide education, healthcare, elder care, recreation, and so on. The downward spiral affects people economically, emotionally, and politically. All the social and medical pathologies that people associate with inner cities — drugs, gun violence, domestic violence, diabetes, hypertension, obesity, depression, and suicide — are rampant in rural communities. Well-off urbanites rarely have any idea of how difficult things are in some rural areas and small towns.

DY: You write that current rural decline is rooted in the economic restructuring of the late 20th century, in which growth in the American economy shifted from blue- to white-collar sectors, and the influence of the finance industry expanded. By what mechanisms did these macro-level trends come to undermine the community institutions mentioned above?

ME: The so-called ​“free-market revolution” and the more cutthroat version of capitalism that took hold in the 1970s and 1980s have a lot to do with it. Trade and investment treaties, deregulation, privatization of public-sector services, and government retrenchment or downsizing are all key aspects. When the public sector is eviscerated, people stop believing that government can help them, because they see that it can’t or won’t. They then become easy targets for anti-government, anti-regulation, pro-business demagogues. Regulation is just law enforcement for corporations, but there’s this whole discourse that paints it as a drag on entrepreneurial energy and innovation. What’s really going on is that the government can’t manage capitalism anymore. It has been captured by forces that don’t want it to manage capitalism.

One of the big undermining mechanisms has to do with the free rein that the financial sector increasingly has. I’m talking about venture capital, private equity, investment banks, institutional investors like my pension fund. They’re under increasing pressure to generate big returns, sometimes because they need them to cover their risky bets. These investors acquire ​“troubled” companies, load them up with debt, dismember them and sell off pieces. If there’s a union, they figure out a way to crush it. Then they cash out. They have a short-term orientation, but the damage to communities is very long-term and hard to reverse. One of the insidious things about financialization is its invisibility to the people most negatively impacted by it.

DY: Can the desecration of rural communities be chalked up to technological and cultural progress, or were there choices along the way that could have spared the economies of sparsely populated places without sacrificing economic growth?

ME: There’s a lot of questioning of economic growth these days, mostly because people understand that the obsession with growth is one element that fuels the climate catastrophe and is killing the planet. But even if we imagine an economy that optimizes, say, people’s wellbeing rather than corporate or individual profits, or happiness, or some other desirable outcome, we can see that along the way other choices would have helped.

Progressives often bemoan the policies of the Reagan administration, which are rightly seen as unleashing neoliberalism in the United States. But Bill Clinton’s administration also has a historic responsibility for policies that contributed to rural decline. NAFTA (North American Free Trade Agreement) sent many jobs to Mexico and created a perception that the Democratic Party didn’t care about rural people or the working class. It gave corporations rights to sue in dispute panels, alleging that environmental, labor and health standards were unfair, non-tariff barriers to trade. The repeal of the New Deal-era Glass-Steagall ban on investment banks offering everyday financial services spurred speculation and consolidation and led to the disappearance of many local savings banks that had lent to nearby businesses and kept wealth circulating in their communities. Banking deregulation led private equity and other investors to play games with leveraged buyouts that accelerated deindustrialization and with mortgage-based derivatives that ultimately produced a major economic crisis and millions of housing foreclosures. The 1996 Farm Bill ended most supply management and crop price floors, generating gluts that undermined farmers and constituted a handout to giant commodities brokers like Cargill and ADM.

Many other policy choices reflected the interests of powerful actors. Industrial agriculture is propped up with numerous upstream and downstream, direct and indirect subsidies. We taxpayers are covering that, and the externalized costs of industrial ag show up in our cancer rates, drinking water, novel zoonotic diseases, and myriad other negative effects. Much of the corn grown in the United States is for biofuel to ​“feed” vehicles. The productivist ​“we must feed a hungry world” narrative is mistaken and myopic, but Big Ag lobbies have deep pockets for promoting it and politicians know this, whether they buy the discourse or not.

It was a choice, or really many interlinked choices, to favor large-scale monocropping over the diversified small farm, with its synergies between livestock and crop production. It was a choice to favor investment banks over credit unions and mutual savings banks. The productivist approach has become so much a part of our common sense that it requires real imagination to conceive of alternatives and political will to implement them. With an unfolding climate catastrophe and the imperative of reducing greenhouse gas emissions, those alternatives become ever more urgent.

DY: Is the main argument against the geographic sacrifice you describe the fact that it creates a noxious political culture, or is greater geographic equality virtuous in itself?

ME: Today’s noxious political culture is in part the result of sacrificing rural people and communities on the altar of capital. But it’s also important to recognize that many of those noxious aspects — violent nationalism, white supremacy, anti-immigrant sentiment, misogyny, anti-democratic ideologies — have deep historical roots and multiple causes.

Uneven development, whether that’s across social classes or regions, is inherently destabilizing. One of the weirdest aspects of contemporary U.S. uneven development is that it is precisely those regions where hatred for the federal government and exaggerated fantasies about self-sufficiency are most widespread which receive vastly more in federal support than they pay in taxes. But like invisible financialization, this federal support — Medicaid, Medicare, unemployment insurance, disability, social security for aging populations, childcare tax credits, SNAP, agricultural subsidies, highway and education programs, and so on — is mostly below people’s radar and isn’t appreciated.

Uneven development always implies an immense loss of human potential. Groups and individuals that suffer social exclusion — whether based on class, race, gender, or geography — can’t realize their full potential. This sacrifice has immense costs for any society — in scientific discoveries that don’t get made, in beautiful books that don’t get written, and so on. That’s one rather instrumental reason why greater equality is an ethical imperative. There are also, of course, rights-based arguments that are even more compelling.

DY: Placing the blame for rural decline at such a high level as the structure of the economy feels to me — someone from a struggling southern Illinois coal town — both vindicating and hopeless. What are the prospects for local, grassroots change if the forces which shrunk the high school and shuttered the churches are global and technocratic in nature?

ME: When we think about rural decline and sacrifice zones one of the biggest problems is the way multiple forces have drained wealth out of communities. The institutions that once facilitated wealth circulation within and around communities — producers’, consumers’ and service providers’ cooperatives, credit unions, mutual savings banks, locally owned businesses — have weakened over the years. People can organize to take back value-added that now gets taken away by far-off investors, though this requires a kind of local-level solidarity that isn’t always easy to muster. It’s the ongoing struggle of society against the market and it’s happening in a lot of places. Scaling up successful efforts and resisting pushback by self-interested powerful actors are among the most formidable challenges.

Olivia Weeks is a contributor to The Daily Yonder from West Frankfort, Illinois.