Military mobilization has finally buried the “Putin social contract,” which assumed the political passivity of the people. How will people act when suddenly and unwillingly awakened to politics and civic activity? 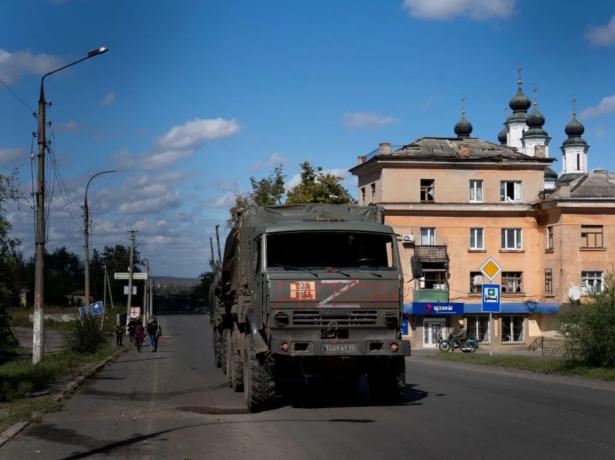 Vladimir Putin, by declaring a “partial” mobilization in Russia, achieved at least one thing: society finally realized that it was in a state of war. In fact, in a few minutes, the president not only destroyed the social contract that had been functioning in the country for the more than two decades of his rule, but also nullified all the work of his own propaganda during the previous 7 months of the conflict with Ukraine.

Until the mobilization was announced, most of the society did not think about the war, and it can be said that they did not even know about it. Of course, propagandists raged on TV literally every day, and on the internet there were fierce battles between supporters and opponents of the military operation in Ukraine. But the apolitical Russian society did not show much interest in this; most people do not watch political television shows, nor do they read political websites, whether oppositional or pro-government. Somewhere in the background there is information about battles and losses, but this is nothing more than the noise of everyday life, which goes on as usual.

On September 21, the situation changed radically and irreversibly. Awareness has come, and resistance has begun with that. Of course, one can be outraged that Russians reacted to the tragedy of Ukraine only when it at last directly affected them. But after all, it took American society several years for public opinion to react to the Vietnam War.

The war has actually became not only a part of public consciousness, but also a defining fact of both public and private life. The first response to the announcement was a mass evasion of mobilization. In the days after Putin’s speech, the number of young men leaving the country far exceeded those who planning to answer the call to mobilize (of course, if one wants to believe the clearly underestimated official figures). The number of people who crossed the border approached 300,00, more than twice as many refuseniks as there are soldiers in Ukraine. And these are only those who ended up in neighboring states. Endless crowds of people gathered at the borders of Kazakhstan and Georgia. They left by personal transport, on bicycles and scooters, even on foot. On the other side of the border, in Kazakhstan, many volunteers met the arrivals and helped them. This is not the first time Kazakhstan has received mass flows of people from Russia - there have always been exiles, evacuees, and settlers. At the same time, thousands of young people remained in Russia but have evaded the clutches of the recruiting stations; some have gone into the woods, and in some places military enlistment offices and administrative buildings have been set on fire.

The news is not good for those who came to the recruiting stations either. Although there have been hints about a secret plan to recruit a million or even 1.2 million men, there is no way to do this in the coming months. It is expected that instead of the officially announced 300,000, they will be able to call up between 140,000 and 150,000. But even this is too much, given the current state of infrastructure, state organization and industry. Having already received more than a hundred thousand new conscripts, the military and officials can neither properly provide them with everything necessary, nor organize them into combat-ready units, nor equip them with modern weapons, nor even transport them to the place of combat operations. Approximately 50,000 people are supposed to be distributed among the active units. How much the front will strengthen from such replenishment is a big question. It may possibly decline, especially if the newcomers bring information about the mood in the rear to the soldiers. Having neither training nor combat experience, those mobilized for the warring army may become more of a burden than help.

But the problem of the mass of fresh recruits outside the theater of operations will be much greater. The newly mobilized will have to be kept somewhere in the rear, scattered across training camps and barracks throughout the vast country. They sit idle or go through meaningless and poorly organized training, because there is not enough equipment, competent instructors, or commanders. The drafted officers are, firstly, incompetent, and secondly, they are even more pessimistic than the rank and file. An illustrative example came to the fore in the form of a fight among the mobilized in Penza, which began after one of the officers spoke about the gloomy prospects for the continuation of the war.

Although the regional authorities are desperately trying to do anything to maintain order, they do not seem to be succeeding. The supply of men is unlikely to be met, it is already clear that failures are occurring almost along the entire chain of command, and soon the real trouble will begin. Left to their own devices, poorly provisioned and unmotivated units (more precisely, gangs) become a source of headache for the military and civilian authorities. Maintaining control and discipline will require enormous effort, but no one has thought about how to accomplish this yet. From all over the country there are reports of drunkenness, fights, and disobedience of the instructions of superiors. Often people are physically nowhere to be placed. They use stadiums, rest houses, sports bases. Sometimes they land people in an open field.

The mass of mobilized have posed a threat already, but not for the enemy. As you know, the mortal blow to the regime of Tsars in 1917 was dealt not by revolutionaries, but by rear units that had no desire (or even ability) to go to the front.

In the provinces, resistance takes on more active forms. Protest actions were held in Dagestan, Yakutia, Tyva and have gradually appeared in more and more regions. It is significant that it was Dagestan, from where many contract soldiers left for the special operation, that turned out to be the epicenter of the protest. But the fact of the matter is that the popularity of military service in this region is explained not by the loyalty, but by the poverty of its people. And now social and national protest have united them.

It is often written that mobilization foretells a genocide of small peoples. In fact, officials are not interested in the fate of the Yakuts, Buryats, Tuvans or Avars, but only in indicators. According to information circulating on the net, the authorities, fearing discontent in big cities, are directing their main efforts towards mobilization in rural areas and in small urban settlements. But it is precisely there that a significant part of the representatives of small peoples is concentrated, who have to bear the hardships of mobilization on a scale disproportionate to their numbers. In short, even if no one wants to arrange genocide, it can somehow turn out by itself due to bureaucratic panic.

The unrest in Dagestan showed that such actions do not happen without consequences. True, the number of protesters in Makhachkala was not particularly large (in absolute numbers, Moscow and St. Petersburg give a much greater mass character to the protest). But it is important that the Dagestan women, who made up the majority in the crowd (which, by the way, included Russians), turned out to be extremely determined and even aggressive. The police, on the other hand, were confused. The National Guard is concentrated in the capitals or is located in the territories of the neighboring state occupied by the Russian troops, ensuring that referendums occur. So there is an elementary shortage of security forces.

It is not yet clear whether the Dagestani protest was a one-time outbreak or the beginning of a large movement. If events in Dagestan develop, then the authorities will have to shift their attention from geopolitical conflicts to their own citizens, who can turn into the biggest problem.

The fact that the mobilization finally buried the “Putin social contract.” which assumed the political passivity of the people in exchange for the willingness of the authorities to also leave us the opportunity to live our philistine life in peace, was not assented to only by the lazy. But now, when this treaty has collapsed, another question arises — how will a society operate where social ties have been undermined for decades, where there is no culture and experience of solidarity. How will people act when suddenly and unwillingly awakened to politics and civic activity?

Dagestan shows us one of the options for what should happen next. It is likely that there will be other options. In any case, society will no longer be the same as it was before September 21st. Russia did not want to rise up, not for the COVID epidemic, nor February 24, nor for the news of early September. But the ruling circles, with their irresponsible decisions, nevertheless have found a turning point. The country has finally been woken up.

Whether the authorities will be able to cope with the situation, the near future will show. Until now, the Russian authorities have shown an amazing ability to get away with it, to climb out of even the deepest holes they dug themselves. True, each time, having got out of the latest crisis provoked by their own decisions, they emerged convinced of their invulnerability and immediately began to dig a new hole. Sooner or later they will dig too deep.

Boris Yulyevich Kagarlitsky (Russian: Бори́с Ю́льевич Кагарли́цкий; born 29 August 1958) is a Russian Marxist theoretician and sociologist who has been a political dissident in the Soviet Union. He is coordinator of the Transnational Institute Global Crisis project and Director of the Institute of Globalization and Social Movements (IGSO) in Moscow. Kagarlisky hosts a YouTube channel Rabkor, associated with his online newspaper of the same name and with IGSO.