Our classrooms are not sites of demoralized children who hate themselves and their country. Students are hungry for explanations — real explanations — for the world they have inherited. 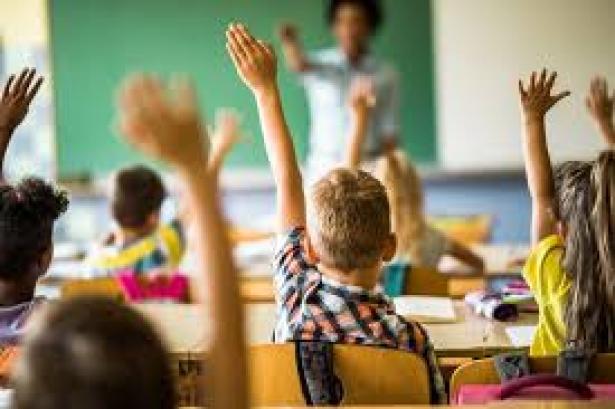 The wave of state legislation and school board policies restricting what educators can and can’t teach shows no signs of slowing. These efforts rely on a narrative that learning about the history of racism and white supremacy harms students — particularly white students, leaving them feeling guilty and ashamed. We emphatically reject this narrative; it in no way matches our combined 30-plus years of experience as public school teachers.

It is not teaching about racism that endangers our students, but the curricular gag-rules that seek to perpetuate their miseducation.

Our use of the term “miseducation” comes from the 1933 Carter G. Woodson text, “The Mis-education of the Negro.” Woodson argued that the struggle for education was not just about access, but also curricula. How could formal education be liberatory for a child if “the inferiority of the Negro is drilled into him in almost every class he enters and in almost every book he studies?” Woodson was also clear that racist curricula affect Black and white children. To those who claimed children were too young to confront the history of racism in the classroom, Woodson replied:

These misguided teachers ignore the fact that the race question is being brought before Black and white children daily in their homes, in the streets, through the press and on the rostrum. How, then, can the school ignore the duty of teaching the truth while these other agencies are playing up falsehood?

We are white women, who teach mostly white kids, in two of the whitest states — Oregon and Vermont — in the country. Woodson’s argument — that all children deserve a curriculum that challenges the lie of white supremacy — has deeply shaped how we view our role as educators. Our identities and educational genealogies have made us particularly alert to the way white children have become props in the recent onslaught of miseducation policies.

Woodson asserted that the prevailing narratives in too many U.S. schools harmed Black and white children, albeit differently. Both groups were inculcated with scripts of Black racial inferiority and white racial superiority. Two sides of the same old and ugly lie.

To avoid confronting this lie, the narrative of history lessons making white kids feel guilty has taken hold. Many of the recent “anti-CRT” bills ban any curricula that could lead an individual to “feel discomfort, guilt, anguish or another form of psychological distress solely because of the individual’s race or sex.” A Heritage Foundation commentary endorsing the laws asked, “How would you feel if your child came home from school and said her teacher had told her that everything that happens in the world is ‘racist’ and that she’s part of the problem because of the color of her skin?” The universal language here only thinly veils the assumed white subject for whom this concern is whipped up.

Former Secretary of State Condoleezza Rice was more explicit in an appearance last fall on ABC’s “The View”:

"One of the worries that I have about the way that we’re talking about race is that it . . . seems so big that somehow white people now have to feel guilty for everything that happened in the past. . . . What we don’t do is make seven- and 10-year-olds feel that they are somehow bad people because of the color of their skin."

Early in their encounters with the history of systemic oppression, white students sometimes express denial, disbelief, anger and yes, guilt. But the right would have you believe that those feelings are the end of the story rather than its beginning. We are lucky to work with students over the course of a school year or longer. Our lessons are not one-offs. There is space and time for students’ initial reactions to be named, understood and analyzed — and often transformed. In our experience, for many white students, learning about systemic racism is in fact not harmful, but generative.

When students express denial or disbelief, we assist them in finding the resources they need to verify facts. We might ask, “I wonder why some of us struggled to believe this was true? Any ideas?” Through discussion, it is possible for students to understand that what they have been taught — and not taught — shapes their feelings about what they are learning now. We can also introduce a key idea for all critical consumers of information: Knowledge is contested. There are dominant narratives and counternarratives, state-sanctioned history (i.e., textbooks) and marginalized histories.

When students understand that there is a struggle to define the past, they are less likely to deny history and more likely to investigate with curiosity why they know what they know and how they came to know it. When students respond with anger — “How could this have happened?” “Why did I never know about this before now?” — we again lean on questions. We might ask, “How would the world be different if more children were learning this history earlier and more fully?” and “So now that you know this history, what do you want to do with it?”

When young white people display signs of guilt or shame — we have had students say things like “white people suck” or “I am embarrassed to be white” — our job is to help them process those feelings and foster a healthier sense of self and identity.

In a recent podcast, the writer Clint Smith suggested that it is possible to reckon with the truth without allowing it to define your present beliefs. “You are not defined by the decisions that your great-great-grandfather made,” he said. “What would it look like to say, ‘My great-great-grandfather fought in this [Civil] War for a cause that runs counter to everything that I believe in today. And my family is not defined by that’?”

Not only can this create a healthy separation between the actions of our ancestors and ourselves, but it also invites us to look for models of white people throughout history who acted for justice. These examples help students imagine and build an identity untethered from the perpetuation of racism.

If one were to believe Fox News, a curriculum like ours — one that regularly and explicitly examines white supremacy’s manifestations, past and present — is a recipe for demoralized children who hate themselves and their country. But our classrooms are not sites of doom and gloom. Students are hungry for explanations — real explanations — for the world they have inherited, and in our experience, they often feel relieved to gain insight into why things are the way they are. Moreover, our curriculum emphasizes the varied, powerful and creative ways that people have resisted oppression and built justice. We are careful to offer students models of action, examples of people just like them who have tried to change the world and sometimes succeeded. No, our classrooms are not incubators of cynicism. They are brimming with curiosity, conversation and, yes, joy.

To defeat the efforts to miseducate our children, we will all need to do our part: teachers, school administrators, school boards, labor unions, professional and community organizations, elected officials, parents, caregivers and students. We need to testify at school board meetings and state department of education hearings, write letters to the editor and op-eds and advocate to unseat the elected officials who are the architects of these attacks. And for those of us who are white, we need to know that when we emphatically reject the narrative of the guilty white child by telling our stories, the right’s lie will be obvious: Their concern is not that children will feel bad when learning about the fight for racial justice, but that children will feel good. Young white people with the capacity to act in solidarity with movements for justice are dangerous to white supremacy and its guardians. Those are the real stakes — not white children feeling guilty, but white children armed with truth, history and a righteous desire to work with others to change the world.

Christie Nold (she/her) has been teaching in Vermont public schools for eight years. Prior to her experience in public education she worked at Shelburne Farms, an organization dedicated to education for sustainability, and taught in a village school in Nedryhailiv, Ukraine.

Ursula Wolfe-Rocca (she/her) taught high school in a suburb of Portland, Oregon for 20 years. She is an organizer and writer with the Zinn Education Project and on the editorial board of “Rethinking Schools” magazine.

This story about critical race theory was produced by The Hechinger Report, a nonprofit, independent news organization focused on inequality and innovation in education. Sign up for Hechinger’s newsletter.