Want To Know What’s Going On in Our Economy? Talk to Workers.

We don’t survey how workers feel about their jobs. We’d learn a lot if we did. 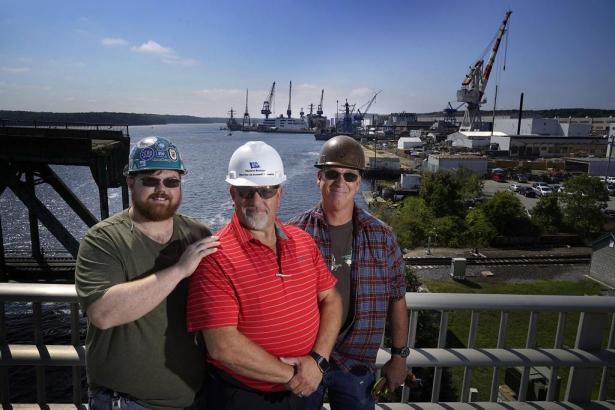 And yet the president’s approval numbers continue to lag and many Democrats up for election across the country find themselves trailing their Republican opponents. Why, amid one of the strongest post-recession recoveries in modern history, is such a positive jobs narrative falling on deaf ears?

Well, as Stan Greenberg points out, people aren’t just looking for any job. With COVID still spreading and rampant inflation, they are looking for jobs that are better-paying, safer, and more respected. If you talk to working people on a regular basis, a lot of this will sound intuitive. But that’s the problem—journalists, policymakers, and even economists who appoint themselves experts on the labor market haven’t really bothered to ask workers how they are doing or what they want.

Failing to understand what’s actually going on with workers in our labor markets risks having more bad policy decisions in the future.

Without regular touch points with workers, we rely on anecdotal stories, BLS data releases, or, more alarmingly, the word of employers, to tell us about how workers are faring in the labor market. Not only do these paint an incomplete picture of voters’ mindsets and priorities on critical issues, but they can also create and spread disinformation.

Take last summer, when businesses and conservative state lawmakers across the country peddled lies that the enhanced unemployment insurance benefits included in the American Rescue Plan were a major driver in keeping workers out of work (they weren’t). The Big Business solution was to prematurely end benefits and put unemployed workers in a bind—either take a soul-crushing job or stay out of the labor market without the support necessary to stay afloat. The result: The workers who did return to work were forced into jobs where the additional wages were less than the modest benefits they were receiving, leaving households with less money to spend and weakening local economies.

Failing to understand what’s actually going on with workers in our labor markets risks having more bad policy decisions in the future. But there’s an obvious solution to this problem: a Worker Sentiment Survey.

A Worker Sentiment Survey would be a nationally representative monthly survey, designed to engage with workers—employed and unemployed—to better understand how they’re feeling about their current employment, the challenges they face on the job, their feelings about the labor market, and their future career prospects and ambitions. A survey of this nature would take a multipronged approach: It would help us understand more about workers’ current employment (What is their current salary? Is their company unionized?); better capture the actual experiences of a worker in their job (Would you feel comfortable asking for a raise? Do you feel empowered to unionize in your job?); and help us understand a worker’s general feelings about their long-term job prospects and those of their employer and industry.

Think of it as a companion to the Consumer Sentiment Survey—a monthly survey published by the University of Michigan that asks individuals, as consumers, questions about their own personal financial standing along with their feelings about the broader economy and their faith in the direction that public policy is guiding it.

Underlying the Consumer Sentiment Survey is a belief that the ways in which people feel about or experience the economy as consumers can tell us a great deal about the actual economy itself. We currently collect plenty of aggregate data on quit rates, unemployment claims, and job gains, but we don’t collect any official data on job quality or job satisfaction. Surveying workers, who often have more insight into their particular company or industry than the average consumer, could be a source of even more vital information about the health of our economy—helping to predict recessions or other major shifts in the labor market.

A Worker Sentiment Survey could also serve as a powerful tool for promoting greater equity in the workplace by deepening our understanding of how inequities across race, sexual orientation, ethnicity, gender, and gender identity play out there. For instance, we know from copious research that racial discrimination exists in hiring, and that Black and Hispanic workers face structural barriers to finding and keeping jobs. A Worker Sentiment Survey would help us understand what additional barriers marginalized workers experience on the job. What difficulties are workers of color facing in engaging with their peers? Or their supervisors?

Likewise, with women’s rights under assault by the Supreme Court and in states across the country, how are women in the workforce approaching their careers differently? Given the public rise in animus directed toward members of the LGBTQ+ community, a Worker Sentiment Survey could also unveil how that is playing out in the labor force.

If a survey focused on workers had been in place prior to the pandemic, we might have had a better pulse on the deep levels of dissatisfaction many workers across industries were feeling and better understood that so many of the folks who left jobs in the early days of the pandemic weren’t walking away from work entirely but merely from bad work. Maybe then, our response would have held employers accountable for creating better jobs rather than forcing workers to settle.

Workers are the heart of our economy; they sit at the nexus between the well-being of individual households and the health of businesses, big and small. When we understand how workers are really faring, we gain an important perspective on how the economy actually works—or doesn’t—for millions of people. It’s time to start listening to them.