This Week, Billionaires Made a Strong Case for Abolishing Themselves

One after another, four of our best-known billionaires laid waste to the image of benevolent saviors carefully cultivated by their class. It is a commendable sacrifice, because they exist only because we embrace certain myths about them. 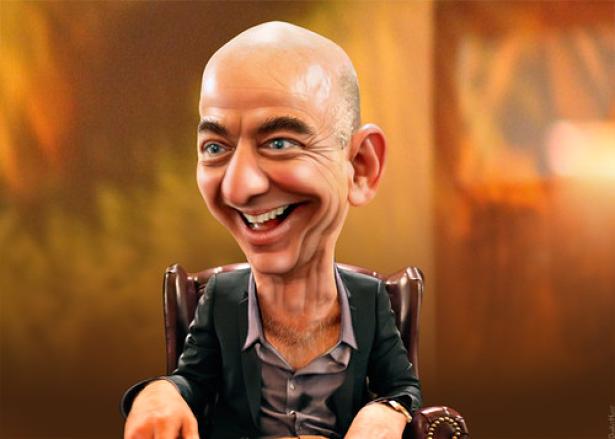 In recent years, a swelling chorus of Americans has grown critical of the nation’s bajillionaires. But in the extraordinary week gone by, that chorus was drowned out by a far louder and more urgent case against them. It was made by the bajillionaires themselves.

One after another, four of our best-known billionaires laid waste to the image of benevolent saviors carefully cultivated by their class.

It is a commendable sacrifice on their part, because billionaires, remember, exist at our collective pleasure. If enough of us decided to, we could enact labor, tax, antitrust and regulatory policies to make it hard for anyone to amass that much wealth while so many beg for scraps. It is not only the vast political power of billionaires that keeps us keeping them around, it’s also the popular embrace of certain myths — about the generosity, the genius, the renegade spirit, the above-it-ness of billionaires, to name a few.

As of this writing, Elon Musk is running Twitter into the ground, with much of the company’s staff fired or quitting, outages spiking and everyone on my timeline hurrying to tell the app the things they have been meaning to say before it departs for app heaven (or hell?).

In tweeting through one of the most extraordinary corporate meltdowns in history, Mr. Musk has been performing a vital public service: shredding the myth of the billionaire genius.

His particular pretension of benevolence is that his uncontainable genius can solve any challenge. Now he is lavishing his mind and time on electronic money, now on colonizing Mars, now on electric cars and solar panels, now on saving Thai soccer players trapped in a cave, now on liberating speech from its liberal oppressors.

Mr. Musk’s genius pose has long been undermined by his actual record, which is defined by claiming credit for what others have built and is shot through with complaints of discrimination, mismanagement and fraud.

But it wasn’t until Mr. Musk took over Twitter that his claim of infinitely transferable genius truly fell apart. That what Mr. Musk has called the global town square can be eviscerated in a time period somewhere between a Scaramucci and a Truss makes one wonder if we should be more skeptical of all the other billionaire geniuses with ideas for our schools, public health systems and politics.

For example, Jeff Bezos, the founder of Amazon, who this week was doing his part to undermine another pretension of billionaire benevolence: the generosity pose.

On Monday, he made a big splash when CNN released an interview in which he announced that he was giving the great bulk of his more than $120 billion fortune away, with a focus on fighting climate change and promoting unity.

That sure sounds impressive, but his gesture wasn’t about generosity any more than Herschel Walker’s Senate candidacy in Georgia is for the children. After all, the money Mr. Bezos is now so magnanimously distributing was made through his dehumanizing labor practices, his tax avoidance, his influence peddling, his monopolistic power and other tactics that make him a cause of the problems of modern American life rather than a swashbuckling solution.

It’s too soon to tell if Mr. Bezos’s philanthropy will help others, but what’s certain is that it will help Mr. Bezos a lot. Mega-philanthropists of his ilk tend to give through foundations, which they establish in ways that save them an immense amount in taxes, sometimes merely by moving the money from one of their own accounts to another. Giving will also burnish Mr. Bezos’s reputation, in that way preserving and protecting his opportunity to earn yet more money — and to do more social damage.

And it will increase his already gigantic power over public life. For plutocrats like Mr. Bezos, that may be the biggest payoff of all. Their wealth is so vast that by distributing even a small fraction of it, they skew the public agenda toward the kind of social change they can stomach — the kind that doesn’t threaten them or their class. Shortly before his big announcement, Mr. Bezos gave Dolly Parton a $100 million “Courage and Civility Award” to spend on her chosen causes. Ms. Parton is indeed courageous and civil, but so are the workers fighting to unionize Amazon facilities, and I don’t see anyone offering them nine-digit thank-you bonuses.

But once again, instead of the usual critics having to make this case, this week Mr. Bezos took the wheel. Just minutes after his philanthropy announcement on CNN, news broke that Amazon would be laying off thousands of workers, reminding everyone of what was really going on.

At first glance, the two stories might seem like matter and antimatter, or at least two opposite realities. But they are the same story: The system that treats human beings as disposable commodities upholds and reproduces itself by sprinkling some fairy dust and hoping that we will forget the injustice that paid for it.

Then, of course, there was Sam Bankman-Fried, the disgraced crypto kingpin whose spectacular downfall, along with that of FTX, the company he founded, caused $32 billion to disappear, much of it belonging to hundreds of thousands of regular people.

Mr. Bankman-Fried embodies another pretension of plutocratic benevolence: that of the renegade, the people’s billionaire. Like many others, he hawked cryptocurrency as a fight against the establishment, against the big banks, against the powers that be, man. He has said his work was motivated by the ideals of effective altruism, a trendy school of thought that encourages people to go out and make as big a heap of money as they can so that they can use it to heal the world. But, as he admitted in an interview this week with Kelsey Piper of Vox, Mr. Bankman-Fried’s claims about the ethical nature of his pursuit were an example of “this dumb game we woke Westerners play where we say all the right shibboleths and so everyone likes us.”

On Tuesday night he addressed a crowded room at Mar-a-Lago and, as expected, announced that he was going to run for president again. He said the usual things that politicians are supposed to say, about how he was doing it for America’s benefit. But this time it was no longer possible to imagine that even he believed it. After all, only a week had passed since America had voted in the midterm elections and rejected most of the high-profile candidates he endorsed — in the process, even Republican commentators agree, rejecting him. He dragged the party down so far that it did not regain the Senate and only barely regained the House.

Fearing even more disastrous outcomes, trusted advisers and allies encouraged him not to run again, or at least to delay his announcement. But they were wasting their time. Standing up there onstage, so low-energy that even Jeb Bush’s son felt compelled to comment, Mr. Trump took in the applause but offered no new ideas or directions. It was a variant of the performance that the others had been putting on, but with one crucial difference: Unlike Mr. Musk and Mr. Bezos and Mr. Bankman-Fried, who strain to show us how public-spirited they are, Mr. Trump could hardly be bothered to care.

It was a particularly unsubtle reminder that billionaires are not our saviors. They are our mistake.

Anand Giridharadas is the author of “Winners Take All: The Elite Charade of Changing the World” and other books.