The U.S. Needs More Housing Than Almost Anyone Can Imagine

For Americans to live a productive, prosperous, happy life, homes need to be truly abundant. 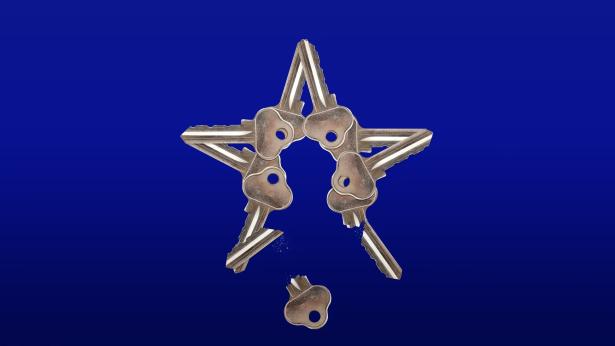 How many homes must the United States’ expensive coastal cities build to become affordable for middle-class and working-poor families again? Over the past few weeks, I asked a number of housing experts that question. I expected a straightforward response: If you build X units, you reduce rents by Y percent—which means that Washington, D.C., needs to build Z units to become broadly affordable again.

I did not get such a simple answer. “That’s a difficult question with a lot of moving parts,” Jenny Schuetz of the Brookings Institution told me. “Are we assuming that all of these homes drop out of the sky today?” asked David Garcia, the policy director at the Terner Center for Housing Innovation at UC Berkeley. Chris Herbert, the managing director of the Harvard Joint Center for Housing Studies, gave me a long response involving land prices, rental affordability, household formation, and building trends.

Still, all agreed that whatever the number is, it’s enormous. “All the numbers we have that address this question are huge. They’re massive,” Garcia said. “And they’re all a massive undercount.”

That strikes me as a problem. No one can say just what it would take to make Brooklyn affordable for workers who don’t have a college degree, render San Francisco accessible to families with kids and elderly couples on fixed incomes, or allow extended-family members in Boston to buy apartments within a few blocks of one another. That means we have no policy vision of how to make our biggest, most productive places affordable for all, and no plan to get there.

This is not just unfair to Americans who want to move to these places. High rents and sale prices in major cities are a policy choice, one that puts gates around many of our most wonderful places and taxes the folks lucky enough to live there. And it is unfair to all of us. A United States with more abundant housing in its big cities would have a more productive, vibrant, and dynamic economy too.

The best evidence for how much housing we need to build lies in the prices that people pay today. Nationwide, the share of renters who are considered “burdened”—spending more than 30 percent of their income on rent and utilities—has climbed to 47 percent; one in four renters—about 11 million—spend more than half their income on shelter. Renters today spend about 10 more percentage points of their earnings more on housing than they did in the 1970s. Meanwhile, rising prices have also forced millions of younger Americans to delay homeownership, making it impossible for many to buy their way onto the property ladder, particularly in California and New York.

People make painful choices: To keep their housing costs in line with their income, millions of families do not live where they want to or in the kinds of homes they want to or with the people they want to. When the mortgage on a townhouse is too costly, families keep renting their run-down apartment. When a third bedroom costs too much, parents give up on having a third kid. This is a public-policy catastrophe too.

The problem is largely, if not exclusively, the result of the country not permitting enough homes where people want them. Although some communities in the interior of the country, especially in the South, have allowed housing construction to keep up with rapid population growth, the superstar metro areas of the Northeast and West Coast have not. “The reason California has the affordability problems we have now is because we did not build,” said Garcia, of the Terner Center. “In the 1960s, 1970s, even into the 1980s, we built between 200,000 and 300,000 homes per year. In our most recent economic boom, we were building 100,000 a year.” He added: “That is the start and the end of the story when it comes to California.”

And elsewhere. New York City issued fewer new housing permits in the 2010s than it did in the 2000s or in the 1960s; it has, year after year, created more jobs than homes. Nationally, “household growth and new construction have been essentially coincident for the last seven or eight years,” said Herbert, of Harvard. “Typically, housing construction exceeds household formation by about 20 percent, because we’re always removing housing that has outlived its useful life. We haven’t been doing that for a long time. Just by that very simple measure, we’re not building enough.”

The answer is to build more. A lot more. Rough estimates of what economists call the “housing gap”—how much the United States would have to build to bring it back in line with historical trends—aren’t difficult to come by:

These numbers draw on data such as vacancy rates, household-formation trends, and building trends. But none of the estimates capture what I’ve come to think of as the affordability gap: the difference between the housing we have and the housing we would need in order to ensure that working-class people could once again live in our big coastal cities for a reasonable cost. Freddie Mac does not purport that building 3.8 million units would make New York accessible to big middle-class families and end homelessess in San Francisco. The National Association of Realtors is not contemplating whether janitors can walk to work in Boston.

Would filling the housing gap as measured by Freddie Mac or the NAR make a dent in costs? Absolutely, housing experts said. Studies show that when builders construct units in a given place, it reduces rents and sale prices in nearby blocks, as well as in nearby neighborhoods; conversely, restricting construction drives prices up. But such calculations do not scale up readily: Knowing that a 10 percent increase in the housing stock in a given place depresses rents by 1 percent within 500 feet does not mean that San Francisco’s increasing its housing stock by 500 percent would force rents down by 50 percent.

As a general point, “it’s really hard to imagine the most expensive cities becoming significantly cheaper,” Schuetz told me. For one thing, creating new units would cause an increase in household formation: Young workers could opt for studios rather than shared apartments; multigenerational households could break apart. For another thing, high-income, high-cost cities have so much pent-up demand that any one city would have trouble becoming much more affordable on its own. If San Francisco built thousands of units, new parents would stay in the city rather than decamp for the East Bay. Newcomers would move in from around the region and across the world.

The rate at which a city adds new units would matter too, Garcia pointed out. Conjuring 10,000 housing units into existence overnight in Boston, which currently has about 300,000 of them, would cause prices to plummet. Building them over a decade might slow the arc of rent prices without ever causing them to fall. The kind of housing getting built matters as well. If New York were to approve the construction of thousands of single-room-occupancy units—dorms, pretty much—that would depress prices for single people and childless families without immediately affecting prices for parents.

Experts also noted that building more market-rate units would help wealthy families before it would help middle-class and poor families. “Saturating the market with more supply would naturally take the pressure off of landlords who keep raising rents,” says Stephanie Klasky-Gamer, the president of LA Family Housing, a homelessness-prevention nonprofit in Los Angeles. “But we’ll never target our most vulnerable renters if we only build 500,000 market-rate units.”

In one recent survey, just 30 to 40 percent of American adults said they believed that increasing the housing stock would slash prices and rents; that belief—often described as “supply skepticism”—in turn dampened their enthusiasm for new construction. Such mistrust is rooted in a confluence of events that countless city dwellers have seen with their own eyes: The laundromat closes. The soulless five-over-one condo building goes up. Black families leave and white couples flood in. And all the while, rents surge, making real-estate development look like an engine of gentrification rather than an engine of affordability.

But that displacement happens only because building dense housing is illegal in many rich neighborhoods, and because cities build so little of it overall. “If you want to build enough to really help low-income people, you’re talking about doing a lot of building,” Rick Jacobus, an expert on inclusionary housing and the principal of Street Level Urban Impact Advisors, told me.

As it turns out, two economists had, in a way, answered my question. Enrico Moretti of UC Berkeley and Chang-Tai Hsieh of the University of Chicago wanted to know how much GDP and productivity the United States gives up by throttling the housing supply in its biggest cities. In a blockbuster 2019 paper, they found that if New York, San Jose, and San Francisco—just those three cities—had the permitting standards of Atlanta or Chicago over the previous several decades, the U.S. economy would have been roughly $2 trillion bigger in 2009. American households would have earned an average of $3,685 more a year.

To come up with that estimate, the two economists built a complicated model that assumed Americans could move wherever their wages allowed and the housing supply would adjust as it would in a place with typical permitting standards. In such a world, they estimated in some associated work, 53 percent of Americans would not live where they are currently living. San Francisco would have an employed population 510 percent bigger than it does today—implying an overall population of something like 4 million, rather than 815,000, with 2 million housing units instead of 400,000. The Bay Area as a whole would be five times its current size, the economists estimated. The average city would lose 80 percent of its population. And New York would be a startling eight times bigger. Some back-of-the-envelope math (mine, not theirs) suggests that the United States would have—deep breath here—perhaps 75 million more housing units in its productive cities than it currently has.

I asked Moretti about the sheer size of the effects found in his and Hsieh’s work. “It’s not so implausible to me,” he said. “The differences in earnings and labor productivity between the areas that we’re looking at and the rest of the country are so big that if you expand those local economies, you get these big aggregate benefits.” In the real world, we miss those big aggregate benefits. We have less productivity and lower incomes, sure, but also less togetherness, less creativity, fewer babies, fewer vacations, fewer families living together, fewer people living how they want.

Moretti, a longtime San Francisco resident, is horrified by the city’s land-use policies and home prices. “This is something that is not just intellectual for me but very, very real, very present,” he said. He described walking by an empty lot in his neighborhood and being bothered over and over again that it never became an apartment building or even a single-family home. “It is inexcusable, not building on an empty lot. There is no way that having an empty lot in a place like San Francisco makes any sense.”

Annie Lowrey is a staff writer at The Atlantic.