The Club Q shooter had threatened his family and told police he would kill them, too. El Paso County politicians refused to use their state's red-flag laws to prevent him from getting guns. 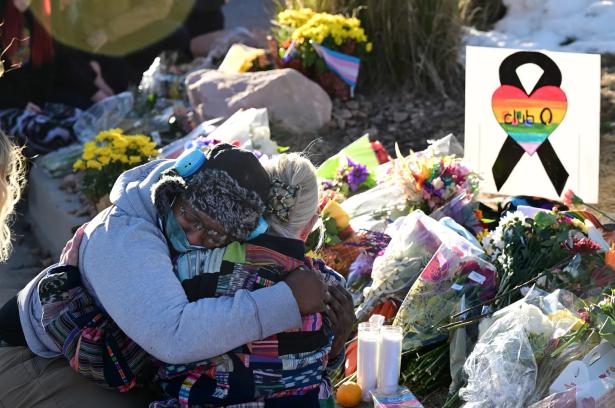 The slaughter that took place on Saturday night at Club Q, a gay bar in Colorado Springs, has brought up a lot of emotions for me since I’m from Colorado and have spent a lot of formative time in these types of venues. I shared some more on that elsewhere, if of interest.

But for the purposes of this newsletter, I want to separate that out and address a fundamental reality of the facts surrounding this latest mass shooting.

That reality is: This mass murder could have been prevented, but political leaders in Colorado Springs let it happen. They made a conscious choice that the lives of unarmed victims are less important than a lunatics' right to acquire firearms.

This is not hyperbole. I do not mean it in the esoteric “we all share responsibility” sense or as a broad critique of gun culture. I’m not even talking about the uptick in hateful rhetoric targeting the LGBT community which we’ve seen over the last few years and the impact it may have had on an attack on a drag show.

I’m talking specifically about the existing laws in Colorado that were ignored by local officials.

In January 2020, Gov. Jared Polis signed a bill instituting Extreme Risk Protection Orders (ERPO), which are commonly known as “red flag” laws. The ERPOs allow for temporary removal of firearms from people who are considered at risk of committing a violent act against themselves or others. Per the law, they can be initiated either by a family member or local police who then petition the court for review.

In November, 2018 a poll showed that Coloradoans backed “red flag” laws overwhelmingly with 81 percent in favor and just 14 percent opposed. Polis, the guy who signed the law, was just reelected in a landslide, holding his opponent to under 40 percent of the vote.

Yet despite the law’s widespread popularity and the fact that it does not in any way threaten the rights of law-abiding gun owners, 37 of the state’s 64 counties declared some form of “2nd Amendment Sanctuary” wherein the local police have refused to enforce the law. Among those “sanctuary” jurisdictions is El Paso County, home to Colorado Springs, and site of the Club Q massacre.

The El Paso #resistance to the new law began even before it went into effect, when the county commission passed a resolution stating that a red flag law would infringe “upon the inalienable rights” of its residents, and as such they would not fund any “unconstitutional seizures” of firearms in the area. County sheriff Bill Elder made this a cause celébre, saying in many interviews that he would not petition the court for protection orders and would only do so at a family members request in “exigent circumstances.” As a result, in the state’s most populous county, there have been zero red flag petitions initiated by law enforcement, according to an analysis by 9News.

That 0-fer is how we find ourselves in a situation where the perpetrator of a mass murder was able to legally purchase firearms (and keep them) despite being arrested just last year after he made a bomb threat that led to a standoff at his mother’s home.

Here’s the pic of that arrest from his ring camera.

And here, from the Colorado Springs Gazette, is video of that encounter that he live streamed to Facebook. You can see him wearing tactical gear and calling cops “fucking shitheads.” He goes on to say  “If they breach, I’mma fucking blow it to holy hell. So, uh, go ahead and come on in, boys, lets fucking see it.”

That's right, this motherfucker had a standoff with local police where he threatened to blow them to bits.1

As a result of this incident, neighbors were evacuated from their homes. His mother, who was scared enough to call the cops, moved out of the house where she had been renting a room. And the perpetrator was charged with several crimes including kidnapping.

But then, earlier this year, the charges were dropped, and the case file was sealed by the (Republican) district attorney’s office. Poof.

What we have here is the most obvious case for an Extreme Risk Protection Order imaginable. His mom was afraid of him! He threatened violence against the police!

Even if this is all a big misunderstanding, any reasonable police department would, as a  precautionary matter, want a judge to at least review whether a dude cosplaying as a cop killer in full tactical gear should have access to semi-autos. After all, Blue Lives Matter.

Not in El Paso County.

Instead, Republican elected officials and the sheriff's office decided that they wouldn’t even consider petitioning for such a protection. Because of their “principles.” These ideologues decided that a deranged murderer’s right to an AR-15 had primacy over state law and the interests of the people they serve and the lives of the victims whose bodies now lie cold.

This decision to go rogue and not enforce the state’s red flag law is the decision that allowed these murders to happen. It would be convenient for those who want to throw up their hands and do nothing if this story was more complex. For it to be an impossible-to-untangle amalgam of mental health failures and hate and isolation and video games and the broken culture. But it isn’t.

It’s a story about Republican politicians making a choice to skirt the most common sense gun law imaginable for radical ideological ends. And the result of this choice being mass slaughter in a gay bar.

God willing the people of Colorado Springs will see this simple reality and replace these zealots with elected representatives who care whether or not their constituents live or die. Who want their neighbors to be able to go to their place of refuge—be it a gay bar, a church, or school— without fearing that some nutcase is packing heat because the people who are supposed to protect them are unwilling to act on the law they are sworn to uphold.

We shouldn’t live in a world where you have to be a hero at a gay club. But we do and Richard Fierro was that hero.

Fierro had done four combat deployments as an army officer. He told the New York Times that he was “done with war.”  Tragically, war wasn’t done with him.

Richard M. Fierro said he was at a table in Club Q with his wife, daughter and friends on Saturday, watching a drag show, when the sudden flash of gunfire ripped across the nightclub. His instincts from four combat deployments as an Army officer in Iraq and Afghanistan instantly kicked in. Fight back, he told himself. . .

“I don’t know exactly what I did, I just went into combat mode,” Mr. Fierro said, shaking his head. “I just know I have to kill this guy before he kills us.

As the fight continued, he said, he yelled for other club patrons to help him. A man grabbed the rifle and moved it away to safety. A drag dancer stomped on the gunman with her high heels. The whole time, Mr. Fierro said, he kept pummeling the shooter’s head while the two men screamed obscenities at each other.

If any weapon was going to help take this killer down, I’m glad it was a good gal in a high heel.2

You can support the victims of this senseless, preventable tragedy here. And if you ever find yourself in Colorado Springs, support Atrevida Beer Company, which is owned by our hero and his wife.

Must be nice to be a white suburban kid who can not only walk away from such a threat alive, but be free and easy on the streets a year later.

Del Lusional, a drag queen at Club Q that night, tweeted that the stomper was actually a trans woman.

The one who saved my life and stomped the shooter’s face in was not a drag queen, she is a trans woman. Let’s not call trans women drag queens during this time of grieving over a transphobic attack.

The Bulwark is supported by readers, but most of what we do we make available to everyone, for free. Sign up now to get it all in your inbox.