Judge Aileen Cannon’s Reign of Error Is Over

The Trump-appointed judge, who tried to do the former president a favor in the Mar-a-Lago affair, received a stern correction from the Eleventh Circuit. 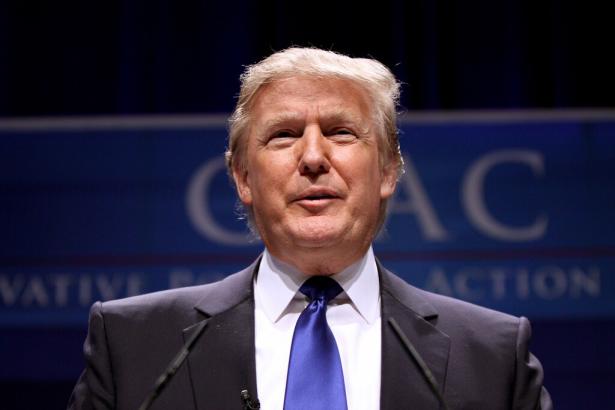 Former President Donald Trump is still not above the law. That’s the ruling from the Eleventh Circuit Court of Appeals on Thursday, where a three-judge panel dismantled a Trump-appointed judge’s radical intervention in the Mar-a-Lago documents case. The panel rejected outright that Trump could seek any remedy from the civil courts for the investigation while it was still ongoing.

“The law is clear,” Judge William Pryor wrote for the unanimous panel. “We cannot write a rule that allows any subject of a search warrant to block government investigations after the execution of the warrant. Nor can we write a rule that allows only former presidents to do so. Either approach would be a radical reordering of our caselaw limiting the federal courts’ involvement in criminal investigations. And both would violate bedrock separation-of-powers limitations.”

The main thrust of the appeals court’s rebuke was not really directed at Trump, however. It was instead aimed at Judge Aileen Cannon, the district court judge who had initially approved the former president’s request for a special master to review the seized materials on privilege grounds. The Eleventh Circuit’s ruling amounts to not just a reversal of her decisions but a pointed rebuke of how she handled the entire case.

This saga began in August when Trump, frustrated with the federal magistrate judge who signed off on the search warrant of his Florida resort-home, tried his hand at getting a favorable ruling from a different one. His case ended up before Cannon, who had been appointed by Trump to her current job in 2020. He filed something titled a “Motion for Judicial Oversight and Additional Relief,” which is not a real thing.

“The motion was a civil filing and did not explain how the district court had jurisdiction to act on all of its requests,” Pryor wrote. “It did, however, claim to be a precursor to an eventual motion under Federal Rule of Criminal Procedure 41(g). That rule permits a ‘person aggrieved by an unlawful search and seizure of property or by the deprivation of property’ to ‘move for the property’s return.’” Cannon, after requesting additional briefing from Trump’s team, began to treat the motion as something more normal and sidestepped questions about her jurisdiction to hear the case at all.

Even after it was procedurally normalized, Trump’s request was still extraordinary. Subjects of criminal investigation cannot generally sue prosecutors for investigating them in the civil courts. Constitutionally flawed prosecutions are instead dealt with through the criminal appeals process after charges are brought. There is a rare exception known as equitable jurisdiction. It’s a break-glass-in-case-of-emergency sort of thing where civil courts can intervene in truly exceptional circumstances.

The panel was kind enough to walk Trump’s case through the four-factor test that it uses for these sorts of claims. First, did law enforcement show a “callous disregard” for Trump’s constitutional rights during the search? This is a high bar for anyone to clear, and the Eleventh Circuit concludes that Trump did not even really try. “The district court’s entire reasoning about this factor was that it ‘agrees with the Government that, at least based on the record to date, there has not been a compelling showing of callous disregard for [Trump’s] constitutional rights,’” Pryor wrote. “None of [Trump’s] filings here or in the district court contest this finding.”

The second factor is whether Trump has a strong individual interest in reacquiring the seized materials—something that outweighs the government’s need for them for investigatory purposes. Trump originally claimed he needed his passports and “similar materials,” without ever really clarifying what these latter documents were. Pryor, in his ruling, sounds almost incredulous that Cannon did not attempt to probe that vague terminology any further.

“The district court was undeterred by this lack of information,” he wrote. “It said that ‘based on the volume and nature of the seized material, the Court is satisfied that Plaintiff has an interest in and need for at least a portion of it,’ though it cited only the government’s filings and not Plaintiff’s. But that is not enough.” Pryor noted that even Trump did not bother to embrace Cannon’s drive-by analysis on this point. The former president instead claimed that the material rightfully belonged to him under the Presidential Records Act. “In most search warrants, the government seizes property that unambiguously belongs to the subject of a search,” Pryor archly noted in response.

The third factor involves irreparable injury. Would Trump be irreversibly harmed if the Justice Department kept the material? Yes, Cannon had concluded, for two reasons that Trump recycled for the panel: First, he claimed that prosecutors could improperly reveal “sensitive information” included in the cache of materiel; second, Trump claimed that he might face the stigma of future prosecution. “It is not clear whether [Trump] and the district court mean classified information or information that is sensitive to [Trump] personally,” Pryor pointedly observed. The panel said that the former concern would injure the United States, not Trump personally. As for the latter matter, a rule against the possibility of being stigmatized by a potential prosecution would affect just about every single criminal case tried in the republic.

Oh, speaking of the stigma of prosecution, Pryor and the rest of the panel seemed less than amused by that supposed injury. “No doubt the threat of prosecution can weigh heavily on the mind of anyone under investigation,” he wrote, before adding that “that ordinary experience cannot support extraordinary jurisdiction.” On the fourth and final factor—whether this is Trump’s only lawful remedy—the panel’s patience finally thins. “All these arguments are a sideshow,” Pryor wrote. “The real question that guides our analysis is this—adequate remedy for what?” There was no constitutional violation here, he observed, so there is nothing for the court to resolve.

That brought the panel to the unspoken final factor that shaped the lower court’s reasoning, such as it was: the notion that Donald Trump is a very special guy who deserves very special treatment because he used to be the president of the United States. “It is indeed extraordinary for a warrant to be executed at the home of a former president—but not in a way that affects our legal analysis or otherwise gives the judiciary license to interfere in an ongoing investigation,” Pryor wrote, quoting from a founding-era Supreme Court ruling. “To create a special exception here would defy our Nation’s foundational principle that our law applies ‘to all, without regard to numbers, wealth, or rank.’”

Much of the panel’s analysis is aimed at Trump’s specific arguments before it, but there is also a palpable disdain for Cannon’s handling of the case to this point. At every point possible, the Eleventh Circuit highlighted the shortcomings in her analysis of precedent, the limited scope of her inquiries on factual matters, and the perfunctory way in which she applied the appropriate legal tests—all of which happened to tilt things in Trump’s favor. By their very nature, appeals courts often criticize rulings made by lower court judges. Even by these standards and expectations, the panel took great pains to make it unusually clear that Cannon had not just made a few simple mistakes.

This is, technically speaking, not the end of the road for Trump on this matter. He could theoretically ask the entire Eleventh Circuit to review the panel’s decision in a special super-panel. Trump might very well take a glance at the roster of judges on the court—one George W. Bush appointee, four Democratic appointees, and six Trump appointees—and reckon that the math will work out in his favor. But even this cynical approach would probably be a mistaken one: All three judges on the panel that issued the ruling were Republican appointees, and two of them had been appointed by Trump himself.

That would leave the Supreme Court as Trump’s last best possible hope to delay and obstruct the Mar-a-Lago investigation. As I recently noted, however, the justices aren’t exactly an ally of Trump when it comes to his personal legal battles. Within the last few weeks, the justices have turned down Trump’s requests to intervene in this very case on a separate procedural question, and to keep his tax returns from Congress. Both efforts went nowhere. Trump was lucky last August to find a judge who was willing to embrace his self-serving, slapdash theories of special presidential immunity. The rest of the country is lucky that Cannon’s judicial colleagues don’t agree with her.

Matt Ford is a staff writer at The New Republic. Matt Ford @fordm

Your donation to the Fund for The New Republic provides the resources we need to produce hard-hitting investigative features, sustain our cultural coverage, and publish the best writers in American journalism. Donate