The Hanging of Afzal Guru is a Stain on India's Democracy 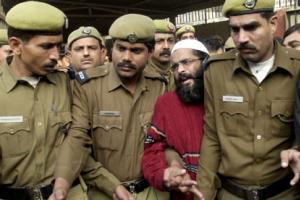 Just before breakfast, the government of India secretly hanged Afzal Guru, prime accused in the attack on parliament in December 2001, and interred his body in Delhi's Tihar jail where he had been in solitary confinement for 12 years. Was this execution just? Was the trial fair? Or are the political parties and the institutions of Indian democracy on trial?
Subscribe to Afzal Guru