No, the United States Will Never, Ever Turn Into Greece 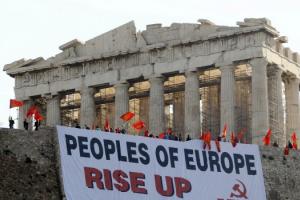 There isn't any evidence that the U.S., or other countries that borrow in currencies they control, face some debt tipping point after which borrowing costs spiral out of control. There isn't even much evidence this is true of Europe's troubled economies. Borrowing costs fell for the PIIGS in 2012 (one year after Greenlaw & Co.'s sample ended), not because those countries reduced their debt burdens, but because the ECB promised to do "whatever it takes" to save the euro.
Subscribe to dollar