Work It! The New Face of Labor in Fashion 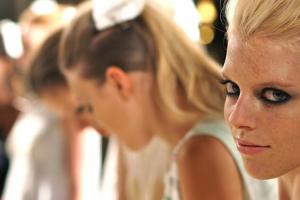 “At first glance the runways of New York and the factories of Bangladesh couldn’t look farther apart, and yet we are all working in the same industry—the fashion industry—which is a $1.5 trillion business, where the work is overwhelmingly performed by young women and girls,” says Sara Ziff, the head of Model Alliance, an advocacy organization for models.
April 27, 2014

A Year After Rana Plaza: What Hasn’t Changed Since the Bangladesh Factory Collapse 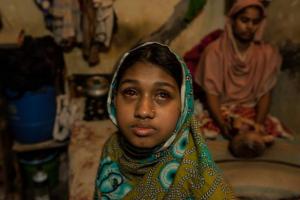 One year after Rana Plaza we’d be foolish to believe that the industry has thoroughly cleaned up its act or that it will continue to try to as Western concern flags.
February 12, 2013 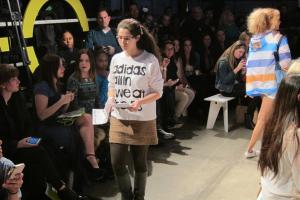 Underneath global apparel's glitzy makeup lies an unglamorous underbelly - one of violent working conditions and structural faux pas. Case and point: factory fires. In September 2012, 300 garment workers lost their lives when a factory caught ablaze in Pakistan - two months later, 112 deaths after a similar tragedy in Bangladesh. Add China to the list, and 2012 will go on record as the deadliest year to be a garment worker.
Subscribe to Garment Industry