10 Years after the Start of the Great Recession, Black and Asian Households Have Yet to Recover Lost Income 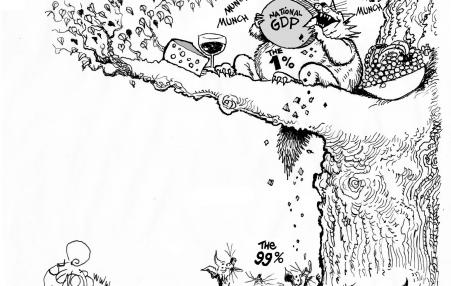 Census Bureau report for 2017 shows that while all race and ethnic groups shared in the growth in median household incomes during the previous two years, that trend abruptly ended for African American households in 2017.
June 16, 2016 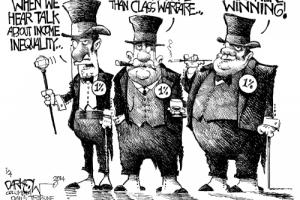 Using policy to shift economic power and make U.S. incomes grow fairer and faster. Boosting income growth for the bottom 90 percent requires a policy agenda that explicitly aims to halt or reverse the rise in inequality. Finding no relationship between rising inequality and faster growth means raising living standards for the bottom 90 percent can likely be better for overall growth.
November 27, 2014 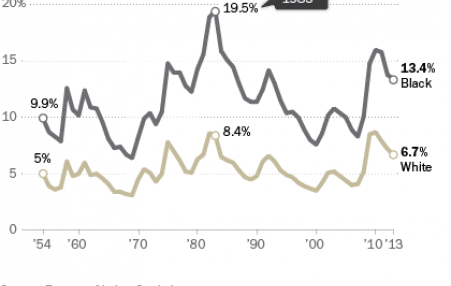 African-Americans are disproportionately likely to be poor, they are only a quarter of Americans living in poverty; whites make up about 41% of the poor. Those white Americans who don't want to help the poor because they'd be helping people of another race are actually screwing over white people big time. The wealth gap between /white and African-American families tripled between 1980 and 2009.
February 16, 2013

Incomes Flat in Recovery, but Not for the 1 Percent