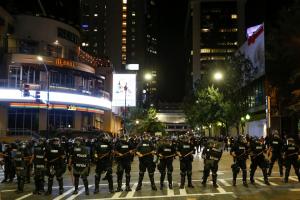 Another Black man murdered by police. This time in Charlotte, North Carolina, one of the nation's 20 largest cities, The Queen City has tended to see itself as a beacon of New South moderation, but from slavery to segregation to police violence, it faces the same pressures as many other metropolises. Reporters on the ground say, that skepticism toward the police narrative on all counts is 'definitely in order.'
Subscribe to Keith Lamont Scott