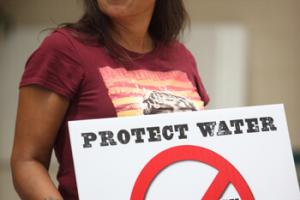 Resistance to the Dakota Access Pipeline and other extractive projects was a recurring theme in the NWIF festival, which highlights motion pictures by and about indigenous females. 'Standing Rock: A New Nation' encapsulates what the movement there is all about and kicked off the NWIF’s screenings. New Nation explores the heightened consciousness created by the radicalized village that sprang up to resist DAPL and the extraction industries that threaten Mother Earth.
Subscribe to Native Women&#039;s Film Festival