A Radical Proposal for Radical Times 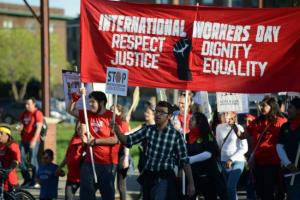 Amidst a national flurry of immigrant rights initiatives, the Immigrant Worker Center Collaborative of Boston (IWCC) came up with a proposal that was radical in its simplicity: a demand that President Obama pardon all undocumented people in the United States.
December 3, 2016

Sanctuary Cities Are Safe, Thanks to Conservatives 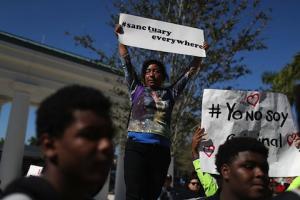 Roberts analyzed the issue by saying that, under the spending clause of the Constitution, Congress can’t create a funding condition that is unrelated to the original funding purpose and is so coercive that it amounts to a “gun to the head” of the states. Roberts’s doctrine applies with full force to Trump’s threat to pull cities’ existing funding if they remain sanctuaries by declining to cooperate with federal officials to enforce immigration law.
November 16, 2016 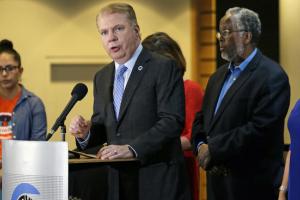 Leaders in Seattle, San Francisco and other so-called "sanctuary cities" say they won't change their stance on immigration despite President-elect Donald Trump's vows to withhold potentially millions of dollars in taxpayer money if they don't cooperate.
Subscribe to sanctuary cities