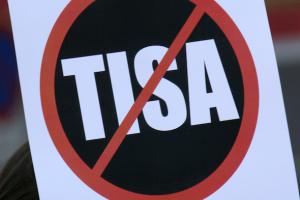 It is well enough that the people of the nation do not understand our banking and monetary system, for if they did, I believe there would be a revolution before tomorrow morning. — Attributed to Henry Ford
June 24, 2014 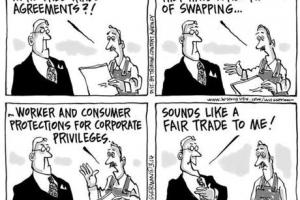 Embattled WikiLeaks publisher Julian Assange announced last Wednesday from London the publication of a secret draft text of the Trade in Services Agreement (TISA), a controversial global trade agreement said to make it easier for corporations to make profits and operate with impunity across borders.
Subscribe to TISA