When the Election Is Over, It Will Not Be Done 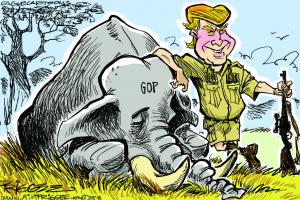 What to expect if Trump loses? More attempts at gridlock, and more anger, and an ever-widening opening for the extremist right to dig their heels further into the GOP.
January 28, 2013

Carl Finamore Counterpunch
Late this evening, President Mohammad Morsi declared Emergency Law in three provinces around the Suez Canal that are ablaze in protests. He frankly conceded the government was losing control. ... there is absolutely no doubt that both the military and the Muslim Brotherhood government were caught completely off guard by angry, increasingly intense protests, immediately following what were already massive anti-government actions in Tahrir Square and elsewhere.
Subscribe to Ultras