Authorization for Use of Military Force: a blank check for war without end 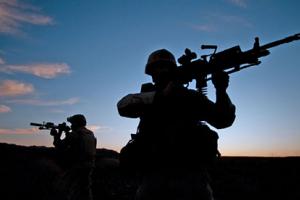 The Authorization for Use of Military Force (AUMF), passed after the attacks of 11 September 2001, and provides the legal cornerstone for the so-called US "war on terror". It allows the US government to wage war at anytime, any place and on anyone deemed a threat to national security – with remarkably little evidence needed.
Subscribe to US War Authorization