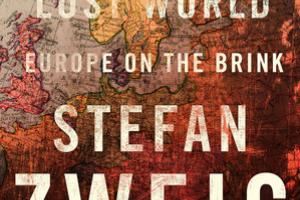 In the period between the world wars, Stefan Zweig was among the world's best-known authors. His books would soon fuel Nazi bonfires. Zweig held that humanity could no longer afford the belligerent nationalism that had led them into the Great War. Yet Zweig was struck dumb by post 1933 events. That failure, the reviewer says, was of imagination, not nerve. Against the Nazis' depredations, all the consummate writer and speaker could muster was nostalgia for a lost world.
January 1, 2015 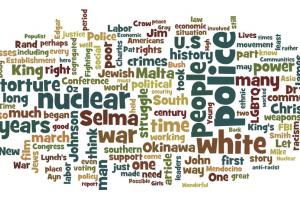 One Holy Night - The tale of the 1914 Christmas Truce 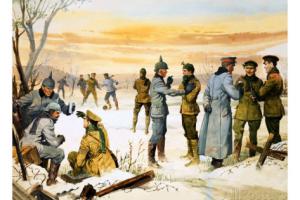 The tale of the 1914 Christmas Truce survived through the letters and photos of soldiers who, along 600 miles of trenches, suspended war and shared Christmas - with their enemy. The war to end all wars did the opposite, sowing seeds of future ones. Industrial warfare - bombing cities; using chemical poisons; and a punitive peace treaty, with the winners dividing up the empires of the losers - all but guaranteed that future conflicts would be settled by military force.
February 10, 2014

1. Do We Ever Actually Learn Anything from History?; 2. The Militant Mystery of World War II. 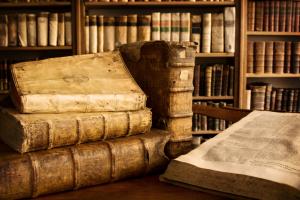 1. Our decision makers have no respect for the lessons of history. They think the lessons don’t apply to them. They think they can make history freely: that history is like a blank canvas for their creative (and destructive) impulses. They figure they are in complete control. Hubris, in other words. 2. Opposing War - Lessons of WWI.
December 26, 2013

Lessons from the Christmas Truce of 1914 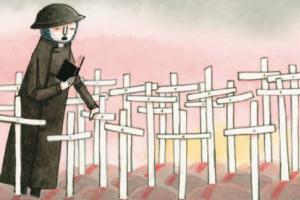 Military chaplains seem to be another cog in the apparatus of making war maximally effective. Christian chaplains seem to not pay much attention to the Ten Commandments either, especially the ones that say "thou shalt not kill" or "thou shalt not covet thy neighbor's oil". 99 years ago one of the most unusual aberrations in the bloody history of warfare - never allowed to be repeated again - occurred.
Subscribe to World War I