The majority of Americans favor strict gun control laws. No, let's not burden Americans with collective guilt. The problem is more narrow - and more fixable - than that...The long list of killings is due in large measure to the political influence of the NRA - and the campaign finance system that allows the gun lobby to exercise so much power. 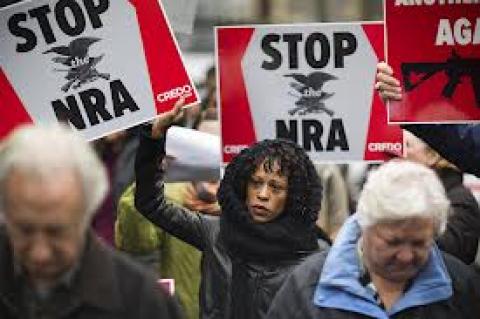 March in Washington, DC, January 17 on headquarters of NRA, demanding gun control and opposing the NRA's influence on members of Congress.,Credit: EPA

The Brady Campaign to Prevent Gun Violence has a 62-page list of mass shootings in America since 2005. It is Wayne LaPierre's resume.