U.S. Health Worse Than Nearly All Other Industrialised Countries

U.S. citizens suffer from poorer health than nearly all other industrialised countries, according to the first comprehensive government analysis on the subject, released Wednesday. Of 17 high-income countries looked at by a committee of experts sponsored by the National Institutes of Health, the United States is at or near the bottom in at least nine indicators. 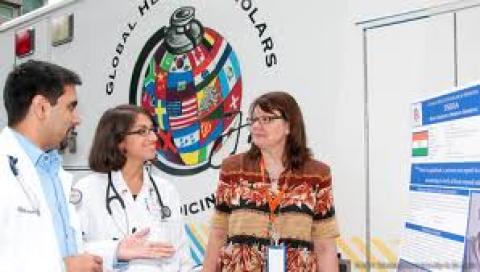 U.S. Health Worse Than Other Countries,wustl.edu

U.S. citizens suffer from poorer health than nearly all other industrialised countries, according to the first comprehensive government analysis on the subject, released Wednesday.

Of 17 high-income countries looked at by a committee of experts sponsored by the National Institutes of Health, the United States is at or near the bottom in at least nine indicators.

These include infant mortality, heart and lung disease, sexually transmitted infections, and adolescent pregnancies, as well as more systemic issues such as injuries, homicides, and rates of disability.

Together, such issues place U.S. males at the very bottom of the list, among those countries, for life expectancy; on average, a U.S. male can be expected to live almost four fewer years than those in the top-ranked country, Switzerland. U.S. females fare little better, ranked 16th out of the 17 high-income countries under review.

“We were stunned by the propensity of findings all on the negative side – the scope of the disadvantage covers all ages, from babies to seniors, both sexes, all classes of society,”  Steven H. Woolf, a professor of family medicine at Virginia Commonwealth University and chair of the panel that wrote the report, told IPS.

Although the new findings offer a uniquely comprehensive view of the problem, the fact is that U.S. citizens have for decades been dying at younger ages than those in nearly all other industrialised countries. The committee looked at data going back to the 1970s to note that such a trend has been worsening at least since then, with women particularly affected.

“A particular concern with these findings was about adolescents, about whom we document very serious issues that, again, stand out starkly from other counties,” Woolf says.

“Not only do they risk being killed in greater numbers, but they are also experiencing illness, and a variety of mental health concerns, at far higher rates than similar cohorts in other countries. These include significant implications for tomorrow’s adults.”

The unusually high levels of population who lack health insurance in the U.S. would certainly seem to be one factor at work here. In 2010, some 50 million people, around 16 percent of the population, were uninsured – a massive proportion compared with the rest of the world’s high-income countries.

Of course, after a rancorous debate and more than a decade of political infighting, in 2010 President Barack Obama did succeed in putting in place broad legislation that will bring the number of uninsured in the United States down significantly.

Further, Obama’s winning of a second term in office, coupled with a recent decision by the Supreme Court, will now undercut most attempts by critics to roll back Obama’s new health-care provisions.

And yet, according to the new findings, the insurance issue has relatively little impact on the overall state of poor health in the United States. (In fact, those 75 years old or more can expect to live longer than those in other countries, a clear indication of the tremendous money and effort that has gone into end-of-life care.)

“Even advantaged Americans – those who are white, insured, college-educated, or upper income – are in worse health than similar individuals in other countries,” the report states. Likewise, “Americans who do not smoke or are not overweight also appear to have higher rates of disease than similar groups in peer countries.”

Indeed, some of the few categories in which U.S. citizens are found to do better than their peers in other countries include smoking less tobacco and drinking less alcohol. They also appear to have gained greater control over their cholesterol levels and blood pressure.

At the same time, people in the United States have begun to suffer inordinately from a host of other problems that can contribute to a spectrum of additional health concerns.

Sky-high obesity rates, for instance, are undergirded by findings that people in the U.S. on average consume more calories per person than in other countries, as well as analysis that suggest that the U.S. physical environment in recent decades has been built around the automobile rather than the pedestrian.

Confusingly, people in the United States not only record far lower health indicators on average when compared to other high-income countries, but also score far lower on seemingly unrelated issues related to environmental safety – for instance, experiencing inordinate numbers of homicide and car accidents.

The committee clearly had trouble putting together these seemingly disparate datasets.

According to Samuel Preston, a demographer and fellow committee member, “The bottom line is that we are not preventing damaging health behaviours. You can blame that on public health officials or on the health care system … But put it all together and it is creating a very negative portrait.”

Over the past decade, one of the most puzzling aspects of the opposition to greater insurance coverage in the United States was the belief espoused by many in the country that the U.S. health system, unique in its lack of state “interference”, was better than those in most other countries.

One of the committee’s central recommendations is the need to “alert the American public about the U.S. health disadvantage and to stimulate a national discussion about its implications.”

Amidst widespread discussions of austerity, lawmakers here in Washington are continuing to debate new ways to impose steep cuts on government spending. In this, the new findings could offer some caution.

“Policymakers must recognise the potential implications of current decisions that have to be made about public health and social programmes that are currently in jeopardy because of fiscal concerns,” Woolf says.

“Understanding how cuts to those programmes might help balance budgets will probably exacerbate the country’s current health disadvantage – and make greater demands on the system later on. We need to help them understand the larger economic implications, if not the human toll.”