The year 2012 may have been the United Nation's International Year of Cooperatives, but 2013 may turn out to be the more historic year for worker-ownership if the Cubans have anything to say about it. ...Cuba's new worker cooperatives will operate pretty much along the same lines as their successful cousins in the capitalist world, including Spain's Mondragon Cooperative Corporation, however they will be free from the distorting effects of capitalist competition... 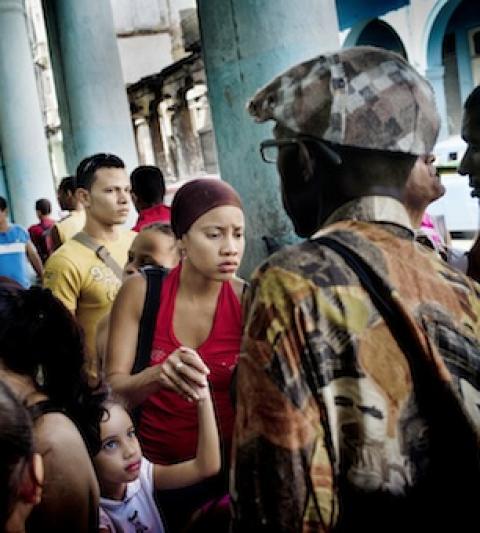 The year 2012 may have been the United Nation's International Year of Cooperatives, but 2013 may turn out to be the more historic year for worker-ownership if the Cubans have anything to say about it.

To listen to the mainstream American media, however, you'd never know it. As a video supplement to a recent New York Times article  makes clear, the corporate press has already made up its mind on how the story of Cuba's economic liberalization is bound to end:

"In a state defined by all-consuming communism for the past 50 years, capitalist change comes in fits and starts, and only at the pace that the government is willing to allow."[Emphasis added]

In other words, Cuba's post-communist story ends just like China's - in capitalism, because according to orthodox dogma, there's nowhere else to go. Trapped by the limited possibilities of this dichotomist capitalism-or-communism mentality, mainstream commentators lack the perspective needed to appreciate (much less inform others) that a transition away from a state-dominated command economy might conceivably lead to a type of market that is very distinct from our elite-shareholder-dominated and profit-fixated capitalist model.

But that is precisely the nuanced story we find in Cuba when we dig just below the surface and consider the very guidelines the Cuban government has adopted to steer the transition process. Since the state unveiled its nuevos lineamientos or new guidelines for economic development in 2010, the easing of government restrictions on private entrepreneurial activity has only constituted a single aspect of a much broader picture of change. Unfortunately, The New York Times and its ilk have gotten so hung up on the privatization shift, that they've left out crucial details about the types of private enterprises the Cuban government is attempting to foster.

Specifically, the government is placing high priority on the development of worker-owned-and-managed firms and has recently passed a law intended to launch an experimental cadre of 200 such firms. Under the law, workers - rather than government bureaucrats or elite boards of directors - will democratically run the businesses, set their own competitive prices, determine wages and salaries and decide what to do with the profits they generate. In other words, Cuba's new worker cooperatives will operate pretty much along the same lines as their successful cousins in the capitalist world, including Spain's Mondragon Cooperative Corporation.

But what sets the Cuban cooperative experiment apart and renders it such an incredible opportunity for the global worker-cooperative movement, is its occurrence in a political-economic milieu that is currently free from the distorting effects of capitalist competition. This is significant because while cooperatives have proven just as competitive as capitalist firms in a capitalist context, when capitalist profits and growth assume top priority, worker-owned firms may be compelled to act more like capitalist firms and subordinate core objectives such as worker empowerment and well-being, community development and environmental sustainability. Indeed, as cooperatives grow, even the percentage of actual worker owners in their ranks has been known to decline, as we've seen with Mondragon.

In short, the worker-ownership movement could greatly benefit from a national-scale economic environment that will allow cooperative enterprises to develop according to their own particular democratic nature and exhibit their true potential, free from the profit-above-all dictates of capitalism. No country bears as much promise in this respect than contemporary Cuba.

Nevertheless, for Cuba's experiment to work, all efforts should be made to steer the economy and the behavior of the country's emergent private entrepreneurial class in a direction that comports with the ethos and objectives of economic democracy. Above all, this would likely require severe restrictions, if not an outright ban, on the entry of large foreign capitalist firms or the establishment of large domestic capitalist firms. For, as economists such as Jamee Moudud of Sarah Lawrence University and many structuralist thinkers have pointed out, as jobs and tax revenues become dependent on the success of capitalist firms, societies become constrained in their ability to pursue developmental paths that do not prioritize capitalist accumulation. Accordingly, during the early years of the cooperative experiment, Cuba should seek to limit foreign direct investment to cooperative or triple-bottom-line firms as much as possible, facilitate joint-ventures between such firms and its own cooperatives and continue to seek industrial loans largely from committed social democratic partners such as Venezuela, and other "pink-tide" trade partners.

Finally, the global cooperative movement must appreciate the historic, strategic importance of Cuba's experiment and mobilize its resources to support the effort. As observers of the situation have pointed out, Cuba's experience with worker cooperatives is limited primarily to its agricultural sector, and the establishment of a robust non-agricultural cooperative sector will require serious provision of training, technical support and worker acculturation. On this front, the experience of successful worker-ownership movements in Argentina, the United States, Spain and other countries could prove invaluable. Such assistance might be coordinated with the help of organizations such as Democracy at Work, the Democracy at Work Network, the Democracy Collaborative and the Working World, all of which specialize in helping worker cooperatives grow and thrive.

Of course, anyone can bolster this important beachhead for economic democracy by simply spreading the word and helping plug the gap in the media's coverage of Cuba's transition. Please help bust the myth that markets mean capitalism for the new Cuba by sharing this article and others cited here.

Copyright, Truthout. May not be reprinted without permission of the author.
[Keith Harrington is a graduate student in the economics program of the New School for Social Research in Manhattan and a board member at the New Economics Institute - an organization dedicated to growing an economy that works for people and the planet.]