Nonunion workers’ groups are gathering strength across the country. But will they ever make the kind of impact that traditional labor once did? 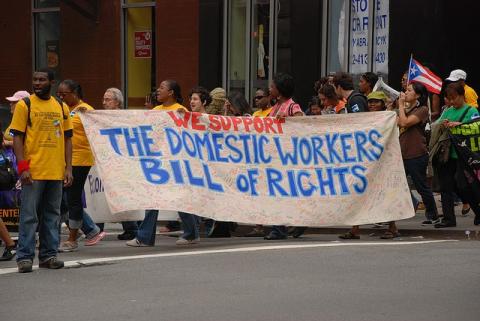 On a warm evening in July, the Chrysler Center Capital Grille in Midtown Manhattan had more than customers to contend with. Inside, diners feasted on a $35 prix fixe dinner as part of the city’s Restaurant Week promotion. Outside, protesters handed out mock “menus”: “First course: Wage Theft. Second course: Racial discrimination.” Some passersby rolled their eyes; others pumped their fists. Dishwasher Ignacio Villegas yelled: “No more exploitation of workers!” His fellow demonstrators—a few co-workers and a couple of dozen staffers and activists from the Restaurant Opportunities Center (ROC)—picked up the chant, Occupy-style.