Is it Getting Better? Homophobia Rocks Super Bowl 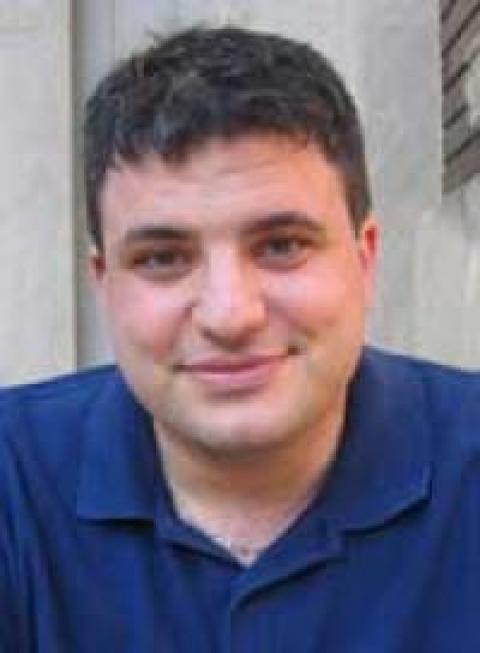 When Baltimore Ravens linebacker Brendon Ayanbadejo said he hoped this year's Super Bowl would be a platform to discuss LGBT rights, I don't think this is exactly what he had in mind. First on media day, San Francisco 49er Chris Culliver was asked by Howard Stern acolyte and living symbol of American declinism Artie Lange if he'd ever accept a Gay teammate. Culliver said, "No, we don't got no gay people on the team, they gotta get up out of here if they do. Can't be with that sweet stuff. Nah.can't be.in the locker room man. Nah." In rapid- response fashion, Culliver then issued the finest, most heartfelt apology a 49er public relations intern ever had to write.

Then two 49ers, Ahmad Brooks and Isaac Sopoaga, denied ever appearing in the team's much praised anti-LGBT bullying "It Gets Better" Public Service Announcement, despite video evidence to the contrary. Sopoaga said, "I never went, And now someone is using my name." This pushed "It Gets Better" founder Dan Savage to actually remove the video from their website. After tweeting that the 49er PSA was being taken down, Savage used three hashtags: #homophobia #NFL #horseshit.

As if this weren't enough vitriol for one week, on Sunday the league will be holding their 24th annual Super Bowl Gospel Celebration, and for reasons they have refused to comment upon, it is stacked with an all-star cast of anti-gay bloviators. We are talking about religious singers and preachers who have said things that would make Rick Santorum blush.

This is the point where I'm sure people might ask why any of this matters. Well, it matters for a multitude of reasons.  First, whether we like it or not, athletes are role models. Complaining about this fact of American life is like complaining that the sky is blue or John Boehner is orange. Therefore it makes a difference if they are modeling inclusion and respect for our LGBT friends and family. As Hudson Taylor, founder of the organization Athlete Ally said in a statement, "Chris Culliver's comments are disrespectful, discriminatory and dangerous, particularly for the young people who look up to him."

It also matters because as long as there has been football, from its inception when Teddy Roosevelt would lash out at "sissies" who refused to play, it has been one of the ways manhood has been defined in the United States. Being a "real man" means playing through pain, harming others, and limping away when the game is done. To be gay means, as Culliver said in a modern incarnation of Teddy Roosevelt, you are bringing "that sweet stuff in the locker room." When NFL players like Ayanbadejo, Chris Kluwe, and Scott Fujita speak out for gay rights, they are also implicitly speaking out against these rigid, crushing, social constructions that are long overdue to be thrown in the dustbin of history.

If the 49ers don't want to do this for some abstract notion of "society" maybe they can think of their former teammate 30-year-old Kwame Harris. It was announced this week that Harris is in trouble with the law after allegedly assaulting his ex-boyfriend last year. For many of his teammates, it came as a shock that their friend and colleague was gay. Even though Harris is dealing with his own legal troubles, he still found time to bravely address Chris Culliver's comments saying, "It's surprising that in 2013 Chris Culliver would use his 15 minutes to spread vitriol and hate. I recognize that these are comments that he may come to regret and that he may come to see that gay people are not so different than straight people."

The San Francisco 49ers might want to take a lesson from one of the players they're opposing this Sunday on the Ravens. Perhaps it's too much to ask them to emulate Ayanbadejo, a courageous activist for LGBT equality.  But maybe they can take a baby step to being more like Terrell Suggs.  When asked if he would object to having a gay teammate, Suggs said, "Absolutely not.whatever a person's choice is, it's their choice. On this team, with so many different personalities, we just accept people for who they are and we don't really care too much about a player's sexuality. To each their own. You know who you are, and we accept you for it."

This week perhaps hasn't gone as Ayanbadejo dreamed. But it's also been very instructive. We've seen the truth about whether there is an LGBT- friendly culture in the NFL and the truth is that we have a ways to go. The truth is also that, whether the league or some of its players like it or not, it is in fact getting better. But if an active player is ever going to feel confident enough to come out of the closet, it's going to have to get one whole hell of a lot better than it is now.

I was on Totally Biased with W. Kamau Bell. Please watch and share the clip!

[Dave Zirin is the author of the forthcoming "Game Over: How Politics Has Turned the SportsWorld Upside Down" (The New Press) Receive his column every week by emailing dave@edgeofsports.com. Contact him at edgeofsports@gmail.com.]