labor Charging Through the Archway of History: Immigrants and African-Americans Unite to Transform the Face of Labor and the Power of Community

A budding coalition of immigrants and African-Americans - modeled on the outstanding community- and labor-organizing example of Culinary Workers Union Local 226 - is potentially the largest progressive force in America - one capable of transforming the trajectory of US history.

February 18, 2013 Paul Ortiz Truthout
Printer friendly
Charging Through the Archway of History: Immigrants and African-Americans Unite to Transform the Face of Labor and the Power of Community Published February 18, 2013 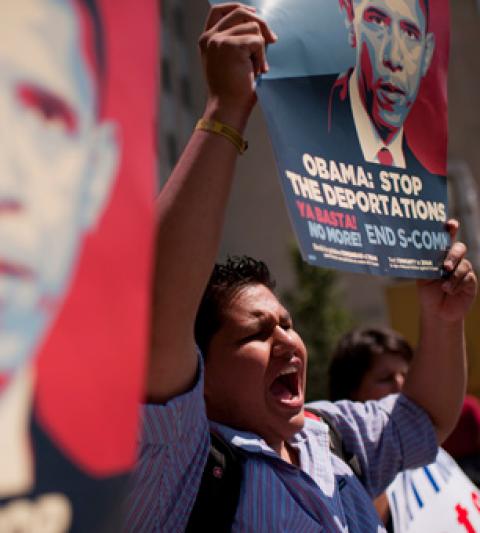 Francisco Martinez, 17, protests policies of President Barack Obama that have deported record numbers of Latinos, during a protest outside President Obama's campaign headquarters, at One Prudential Plaza in Chicago, August 16, 2011.,Peter Hoffman

I was taught that justice wears a blindfold, so as not to be able to distinguish between the colors, and thus makes everyone equal in the eyes of the law. I propose we remove the blindfold from the eyes of Lady Justice, so that for the first time she can really see what's happening and check out where the truth lies and the lies hide. That would be a start. Viva the children of all colors! Punto! - Piri Thomas, Down These Mean Streets