Shadows from the past, sadly evoked by events of the present, from Afghanistan and Gaza to Syria and Mal 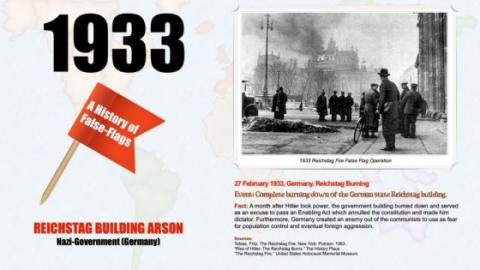 Conversation in Germany these days, when not about soccer, dealt often with beef which was at least in part horsemeat, high-priced organic “bio” eggs which were not at all they claimed to be or, in thrilling, moving detail, the last weeks, days and hours of the one and only German Pope (since 1058 A.D.).

Also under sometimes heated debate was the court decision that either member of a homosexual “life partnership” can legally adopt the child or children of the other member, as part of a family. This was one more step towards normalizing homosexual relationships and someday, it is hoped, legalizing regular marriages. Most political parties supported the decision, opposed were only the Christian Social Union, the further-right Bavarian branch of Angela Merkel’s Christian Democrats, and some other Christian Democrats who also mourned the good old days with the old “Biblical”  family formula. But they were a small minority in the Bundestag; how ideas have changed in ten or twenty years!

But a very different Bundestag minority got far less attention. On February 28 delegates of all parties voted to send German troops to Mali; that is, all parties but one! Both the two government parties, Merkel’s Christian Democrats and the Free Democrats, and the two supposedly “opposition” parties, Social Democrats and Greens, all voted in favor. One courageous Green delegate defied party discipline and abstained. But only the Left Party stood as a bloc against sending any soldiers – and was therefore overwhelmingly outvoted.

The two decisions, one to send 180 soldiers for training purposes, the other for 330 (already in action) to aid in transportation and air refueling well into northern Mali, are now valid for one year. But after this first legal hurdle was taken, both time and numbers can easily be increased. As one Christian Democrat made clear, this “process…could last a long time”.

According to speakers of the four parties the decision was actually humanitarian or at least unavoidable. The Green party delegate Kerstin Müller praised Paris for “acting in principle quite properly” and called it “an emergency operation to prevent even worse from happening”. Gernot Erler, a spokesperson for the Social Democrats, said it would be “politically irresponsible if Germany did not support France.” No, of course not with combat troops, he insisted. But in war-torn desert regions of Mali how could any thin red lines be distinguished between combat and non-combat?

In fact, much like today’s beef dishes, the Bio eggs (and maybe the Pope’s resignation), things were not the same on the inside as they looked on the outside. A delegate from the Free Democrats, still part of the government coalition, lifted the lid a little by stating that with Mali it was fully clear that “a destabilization in that region would have a lasting influence on German security interests.”

This recalled the words of one Social Democratic Minister of Defense, who said in 2004 that

Germany’s security needs to be defended even ‘at the Hindu Kush mountains’. Similar views have been expressed when troops, warships or rocket launchers were sent not only to Afghanistan, but to Serbia, Lebanon, Somalia and Turkey. Usually some benevolent motivation was invoked, and three years ago Horst Koehler, the president of Germany, was forced to resign after spilling the beans in a radio interview by saying that the largely pacifist German public was finally coming to terms with the concept that their country could no longer avoid involvement in military missions, which helped "protect our interests, for example, free trade routes, or to prevent regional instability, which might certainly have a negative effect on our trade, jobs and income". “

Jürgen Trittin, a leader of the Greens, warned at the time that Koehler’s comments were inconsistent with Germany's constitution; he accused the president of being a "loose rhetorical cannon". But now the same Green Trittin - well before the debate and vote - said: "Germany should constructively consider requests for support from its partner or from the European Union – for example in the sphere of logistics or military training.” It seems that loose cannons are no longer so objectionable. They now bang away successfully in the Bundestag.

What it boils down to is four traditional parties all cooking up the same stew. They try to sound different but are basically the same. It would really be like a one party system - except that the Left is still around, at least until September.

Its representative in the Bundestag, Christine Buchholz, used the short time granted her to say: “Mali has many problems, but none of them can be solved militarily…Afghanistan proves that terror can’t be fought by means of war. War is itself terror.” She warned against supporting French bombing when the German government has no knowledge of how many are victims of these air raids. She questioned the motivation of France for intervening in Mali, where it seemed less a matter of fighting terror than securing its own economic interests, such as Mali’s uranium. “What we really need is a major debate about the economic and social problems caused in the world by dealing in weapons.” Germany has gained third place in the export of planes, warships, tanks, firearms and other military “goods” – large amounts going constantly to North Africa and the Near East. Perhaps her remarks provoked some people to do some thinking.
___________

The same evening after the vote was taken in the giant Bundestag building, the Left Party in Berlin marked the 80th anniversary of the Reichstag Fire, a giant conflagration which destroyed the same building in 1933, one month after Hitler gained power. Despite on-going attempts to blame the fire on one dim-witted young Dutch patsy, supposedly a former young Communist, the almost certain arsonists were Nazi storm troopers who entered and left the building via a tunnel connecting it with the government palace of Hermann Goering, the Number Two Nazi leader. Even before it could be extinguished the Nazis blamed the Communists for the fire and had within hours arrested 10,000 party members and leaders, as well as Social Democrats and other anti-fascist intellectuals. The fire provided a cover to seize full power, end all constitutional guarantees and institute the death penalty for anyone opposing the Nazi rule. It was one in a long line of useful provocations.

In the world-famous Reichstag Fire trial the following September, the Bulgarian Communist Georgi Dimitroff, one of those accused at the time of lighting the fire, led his own brilliant defense so skillfully that he was not only acquitted but caused Goering, exposed as a liar, to totally lose self-control and shout threats to kill Dimitroff after the trial. This plan was thwarted when the USSR granted Dimitroff and two other accused Bulgarians Soviet citizenship and was able to get them out of the country quickly. It was a great but unfortunately a short-lived victory.

The evening ceremony of the Left began with a recording of the moving song “Es brennt” (“It’s burning”) by the Yiddish singer Lin Jaldati (1912 -1988), who survived Auschwitz and moved to the GDR in 1952. An actress read from the once-famous book “Our Street” by the writer Jan Petersen (1906-1969) probably the first book to reach the outside world and tell of the Nazis’ violence, torture and murder, especially after the Reichstag Fire. Hans Modrow spoke – the last GDR prime minister before the take-over by the party of Helmut Kohl and Angela Merkel - followed by a generally unknown young man, only now graduating high school, who made a remarkably impressive and militant speech. The highlight of the evening was Elfriede Bruening (1910- ), now 102 years old, who spoke movingly, in a slow but steady voice, about her own experiences as a young Communist writer trying to survive in Nazi-Germany.

The evening was redolent with historical allusions. The room, filled to the last seat, was in the building which was once headquarters of the Communist Party; outside was the square where it had organized a last, dramatic but vain protest against the Nazi take-over, with 130,000 participants. Three days later Hitler took over and the Nazis soon seized the building. Other recollections: How on April 30th 1945 the Soviet Red Army hoisted its red flag high over the ruined Reichstag building. The victorious –graffiti of the Red Army soldiers, grateful for their survival and victory, are still visible there. But, on the other side, how the long broad street named Dimitroff Strasse in 1950 was altered back to Danziger Strasse in 1995 by the all-Berlin city authorities, contrary to the wishes of the elected borough council where it is located.

More than one speaker referred to the danger of fascists today: in nearby Hungary, in Greece, in the Netherlands and much closer, in towns of Germany and neighborhoods of Berlin where the Nazis have declared their “liberated zones” - threatening foreigners and leftists. They spoke of the reluctance of some, often suspiciously like acquiescence, in down-playing and denying Nazi violence and threats of violence. As so often in the past, despite oh so many democratic words and pledges, they ignored or protected the fascists while pursuing their own favorite enemies - the Left and all leftists. One speaker recalled the words of Bertolt Brecht (in his play “The Resistible Rise of Arturo UI”) “The womb from which that crawled is fertile still” – also translated, referring to Hitler, “The bitch that bore him is in heat again.”

Shadows from the past, sadly evoked by events of the present, from Afghanistan and Gaza to Syria and Mali, led less to thoughts of horsemeat in beef than to those terrible Apocalyptic horsemen in the Bible: Conquest, War, Famine and Death.