As the medical device tax saga shows, cutting loopholes is really hard to do in practice. They were likely put there to benefit specific industries, which can often be quite powerful and influence even stalwart liberal Senators who claim to want new revenue sources. Many progressives thus fear that the loopholes most likely to be closed are the ones that benefit people without lobbyists—middle-class wage earners and homeowners, students, and the very poor. 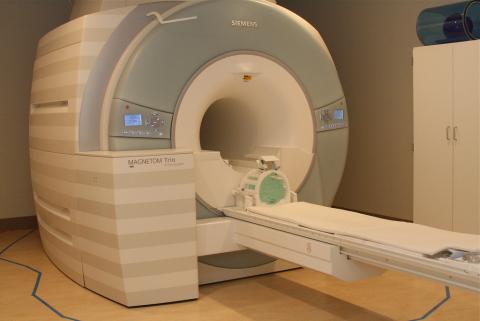 A 2.3 percent tax on medical devices, such as MRI machines, has senators of both parties up in arms. , pennstate via Flickr.

It’s not often one finds bipartisan agreement in the Senate, but Thursday night seventy-nine senators joined to symbolically repeal the medical device tax provision of healthcare reform—a 2.3 percent levy on medical device companies that is projected to raise $30 billion over ten years to help finance the new law.

The vote brought together every Republican in the upper chamber plus thirty-three Democrats, including liberal stalwarts like Senators Elizabeth Warren, Al Franken and Ron Wyden. The vote was symbolic because it was a non-binding amendment to a budget resolution that also isn’t binding, but it does represent a serious bipartisan desire to get rid of the tax.

The problem, however, is that virtually none of this is true. And the bipartisan push to repeal the tax—driven in large part by fealty to medical device companies in senators’ home states, which can be generous campaign contributors—underscores the many landmines that await if Congress takes up comprehensive tax reform at some point this year.

Closing loopholes in the tax code is easily said, but much harder to do when big-money special interests are involved, and the public isn’t really watching.

The chief attack on the medical device tax, which applies to everything from bedpans to MRI machines, is that it will cost jobs—a potent claim given the country’s high unemployment. “A 2011 study by the Hudson Institute found that the device tax threatens nearly 43,000 jobs nationwide, and will cost 3.5 billion in wages,” Senator Kelly Ayotte said during floor debate Thursday night. Members of Congress who oppose the tax frequently cite those numbers.

But that’s not really a Hudson Institute study—it was conducted by a senior Hudson fellow and a senior Manhattan Institute fellow, but financed by Advamed, a medical technology industry group.

The job loss claims fall apart upon even brief inspection. The tax applies on medical devices sold in the United States, not manufactured here—so moving a plant to Mexico doesn’t change anything. Medical device companies would have stop selling their products in the United States to escape the levy, which is simply unbelievable. The American healthcare market is by far the most lucrative in the world, as the country spends more on healthcare than any other by many orders of magnitude. No company is likely to leave the American market or even to reduce sales in order to avoid a 2.3 percent tax.

An analysis by Bloomberg Government found that the Advamed study’s job-loss figures—which were not supported by empirical evidence but simply industry claims—“conflict(s) with economic research, overstate companies’ incentives to move jobs offshore, and ignore(s) the positive effect of new demand.”

Indeed, demand is an important part of this equation. Medical device makers are likely to come out ahead as a result of healthcare reform. The law is projected to expand coverage to 33 million more Americans, so that’s a lot of extra medical devices. That was the original rationale for taxing the industry: the law is a huge boon to medical device manufacturers, so they should kick in a rather small tax to help fund the law. Now the industry is trying to wiggle out of the tax to come out even more ahead.

Other claims about the tax are fairly easily refutable, too. The industry claims it will “hurt innovation,” but it’s hard to see how. Analysts at PricewaterhouseCooper have concluded the Affordable Care Act will increase innovation by mandating more cost-effective ways to deliver care. And innovation is the bread-and-butter of any industry: if a medical device company for some reasons sinks less money into research and development because of a 2.3 percent tax, it would likely find itself outpaced by companies that don’t take the same route.

On the score of “hurting small businesses,” there isn’t much evidence there either. Bloomberg Government notes that the largest ten medical device makers in this $116 billion industry account for 86 percent of sales, and thus would be responsible for about 86 percent of the taxes.

The industry also claims costs would be passed onto customers, which would cause demand for medical devices to fall. But this isn’t how the healthcare markets work. They are very inelastic, meaning that when prices go up demand falls by only a fraction. (Few people, if any, would not get a prosthesis or not use a bedpan because of a small marginal increase in cost.) Health care economists estimate that a 10 percent increase in healthcare costs results in only a 2 percent drop in demand. The Advamed study assumes a much stronger relationship and “is off by as much as a factor of 10,” says Bloomberg Government.

So why do so many Senators want the medical device tax gone, especially Democrats who strongly support Obamacare? The answer is simple: in most cases, they have large medical device companies in their state that are often are generous campaign contributors.

Medical supply company contributions skyrocketed in 2012, the highest year ever, as Congress focused its attention on repealing the tax (via OpenSecrets):

Many of the large donors to this cause are located in states of Senators pushing for repeal (via OpenSecrets):

In 2012, Senator Scott Brown was the top recipient of medical supply funds, followed by Republican Senator Orrin Hatch and Democratic Senator Amy Klobuchar. Not incidentally, the amendment passed yesterday was the Hatch-Klobuchar amendment. (via OpenSecrets)

Of the top ten recipients of medical supply money, a healthy bipartisan group indeed, every single one except Senator Max Baucus voted for repeal. (Baucus was one of the chief legislative architects of Obamacare and strongly opposes repeal of the medical device tax.)

Though Thursday’s resolution was non-binding, the medical device industry is hoping to make it official during any upcoming tax reform, where analysts say the $30 billion would barely be noticed. “The industry has a fighting chance of getting the tax moderated or eliminated as part of a much larger tax reform bill, where the device levy becomes a rounding error,” Paul Heldman, a policy analyst at Potomac Research Group, told Reuters.

So this week’s vote is then a disturbing, cautionary tale. In the supposedly ideal scenario that ends the sequester, Republicans and Democrats join together to slash safety net programs in exchange for revenue raised through tax reform—closing loopholes and such.

But as the medical device tax saga shows, cutting loopholes is really hard to do in practice. They were likely put there to benefit specific industries, which can often be quite powerful and influence even stalwart liberal Senators who claim to want new revenue sources. Many progressives thus fear that the loopholes most likely to be closed are the ones that benefit people without lobbyists—middle-class wage earners and homeowners, students, and the very poor.

And even if the loopholes are removed—in exchange for safety net cuts that likely remain permanent—they can be added back to the tax code very quickly thereafter, as demonstrated by Senators who enthusiastically voted to create the medical device tax three years ago by approving Obamacare and now are voting to remove it.