BRICS Go Over the Wall

Western elites - even mired in stagnation and bankruptcy - won't let any of their privileges go without a fierce fight. 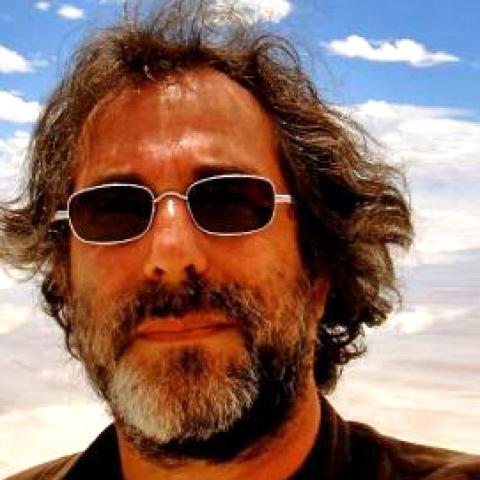 Reports on the premature death of the BRICS (Brazil, Russia, India, China and South Africa) have been greatly exaggerated. Western corporate media is flooded with such nonsense, perpetrated in this particular case by the head of Morgan Stanley Investment Management.

Reality spells otherwise. The BRICS meet in Durban, South Africa, this Tuesday to, among other steps, create their own credit rating agency, sidelining the dictatorship - or at least "biased agendas", in New Delhi's diplomatic take - of the Moody's/Standard & Poor's variety. They will also further advance the idea of the BRICS Development Bank, with a seed capital of US$50 billion (only structural details need to be finalized), helping infrastructure and sustainable development projects.

Crucially, the US and the European Union won't have stakes in this Bank of the South - a concrete alternative, pushed especially by India and Brazil, to the Western-dominated World Bank and the Bretton Woods system.

The huge political and economic differences among BRICS members are self-evident. But as they evolve as a group, the point is not whether they should be protecting the global economy from the now non-stop crisis of advanced casino capitalism.

The point is that, beyond measures to facilitate mutual trade, their actions are indeed becoming increasingly political - as the BRICS not only deploy their economic clout but also take concrete steps leading towards a multipolar world. Brazil is particularly active in this regard.

Inevitably, the usual Atlanticist, Washington consensus fanatics - myopically - can see nothing else besides the BRICS "demanding more recognition from Western powers".

Of course there are problems. Brazil, China and India's growth slowed down. As China, for instance, became Brazil's top trading partner - ahead of the US - whole sectors of Brazilian industry have suffered from the competition of cheap Chinese manufacturing.

But some long-term prospects are inevitable. BRICS will eventually become more forceful at the International Monetary Fund. Crucially, BRICS will be trading in their own currencies, including a globally convertible yuan, further away from the US dollar and the petrodollar.

It was Goldman Sachs' Jim O'Neill who coined the term BRIC (no South Africa then) in 2001. It's enlightening to check what he thinks about it now.

O'Neill points out that China, even growing by a "mere" 7.7% in 2012, "created the equivalent of another Greek economy every 11-and-a-half weeks". China's slowdown was "structural and cyclical" - a "planned downturn" to control overheating and inflation.

The BRICS push is part of an irresistible global trend. Most of it is decoded here, in a new United Nations Development Programme report. The bottom line; the North is being overtaken in the economic race by the global South at a dizzying speed.

According to the report, "for the first time in 150 years, the combined output of the developing world's three leading economies - Brazil, China and India - is about equal to the combined GDP of the long-standing industrial powers of the North".

The obvious conclusion is that, "the rise of the South is radically reshaping the world of the 21st century, with developing nations driving economic growth, lifting hundreds of millions of people from poverty, and propelling billions more into a new global middle class."

And bang in the middle of this process, we find an Eurasian epic; the development of the Russia-China strategic relationship.

Russian President Vladimir Putin is taking no prisoners; he wants to steer the BRICS towards "a full-scale strategic cooperation mechanism that will allow us to look for solutions to key issues of global politics together".

This will imply a common BRICS foreign policy - and not only selective coordination on some themes. It will take time. It will be hard. Putin is very much aware of it.

What makes it even more fascinating is that Putin advanced his ideas during last week's three-day visit to Moscow by new Chinese President Xi Jinping. He went out of his way to stress Russian-Chinese relations now are "the best in their centuries-long history".

That's not exactly what hegemonic Atlanticists want to hear - still eager to frame the relationship in Cold War terms.

Xi retributed in style; "We did not come to see you for nothing" - as is partially detailed here. And wait till China's creative drive starts yielding dividends.

Inevitably, Pipelineistan is at the heart of the ultimate BRICS complementary relationship.

China's need of Russia's oil and gas is a matter of national security. Russia wants to sell more and more of it, diversifying away from the West; moreover, Russia would more than welcome Chinese investment in its Far East - the immense Trans-Baikal region.

And by the way, the "yellow peril" is not taking over Siberia - as the West would have it. There are only 300,000 Chinese living in Russia.

A direct consequence of the Putin-Xi summit is that from now on Beijing will pay in advance for Russian oil - in exchange for a share in a number of projects, for instance as in CNPC and Rosneft jointly exploring offshore blocks in the Barents Sea and other blocks onshore Russia.

Gazprom, for its part, clinched a long awaited gas deal with CNPC; 38 billion cubic meters a year delivered by the ESPO pipeline from Siberia starting in 2018. And by the end of 2013, a new Chinese contract with Gazprom will be finalized, involving gas supply for the next 30 years.

The geopolitical ramifications are immense; importing more gas from Russia helps Beijing to gradually escape its Malacca and Hormuz dilemma - not to mention industrialize the immense, highly populated and heavily dependent on agriculture interior provinces left behind in the economic boom.

That's how Russian gas fits into the Chinese Communist Party's master plan; configuring the internal provinces as a supply base for the increasingly wealthy, urban, based in the east coast, 400 million-strong Chinese middle class.

When Putin stressed that he does not see the BRICS as a "geopolitical competitor" to the West, it was the clincher; the official denial that confirms it's true. Durban may be solidifying just the beginning of such a competition. It goes without saying that Western elites - even mired in stagnation and bankruptcy - won't let any of their privileges go without a fierce fight.
_______________________

He may be reached at pepeasia@yahoo.com.