On its surface, a poem seems incapable of stopping a bullet. Yet Chile’s transition to democracy was facilitated by the poet’s survival in people’s minds, his lines repeated time and again, as a form of subversion. Life cannot be repressed, he whispered in everyone’s ears. It was a message for which he may have died, but that lives on in his verse. 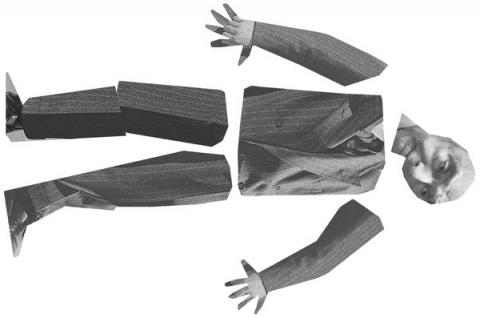 THE Chilean poet Pablo Neruda, known for his love poems and leftist ideals, died 40 years ago this September. One would hope he’d be at rest by now. But on Monday, as classical musicians played a Neruda work set to music by Vicente Bianchi, his remains were exhumed to determine whether he died from poison — instead of prostate cancer, the conventional account.

In recent years, other icons of the Hispanic world have suffered the same fate. In 2011, Salvador Allende, Chile’s democratically elected president-elect who was deposed by a military junta in 1973, was disinterred to verify that he’d fatally shot himself. (The finding — yes — is still disputed.) The late Venezuelan president Hugo Chávez ordered in 2010 that the tomb of his idol, Simón Bolívar, be opened to test his theory that the liberator died of poisoning, not tuberculosis. (The theory remains unproved.)

And in 2008, a Spanish judge authorized the unearthing of a mass grave in the southern town of Alfácar to see whether Federico García Lorca, the poet and dramatist who was assassinated by Fascists in 1936, at the outset of the Civil War, was buried there. (The results were inconclusive.)

There is something gothic, but also cathartic, about summoning artists like Neruda, and his close friend García Lorca, back into the realm of the living, making us wonder if death is really the end. A Chilean judge’s decision, in February, to allow an investigation into Neruda’s death, which led to this week’s exhumation, looks like an act of expiation.

Neruda used his pen to denote, to denounce, to decry. He was 69 when the junta took power. By then he had been an embassy attaché, a senator and an ambassador. In 1969, he initially ran for president as a Communist, but later backed Allende’s candidacy. However, passion for political change was only one side of his persona. The other was that of a bon vivant. Many people enjoy life plentifully, but few have been so eloquent about it. The Dionysian sensuality of Neruda’s odes is contagious, joyful and erotic. And also destructive: Neruda’s marriage to Matilde Urrutia, his third wife and the inspiration for “The Captain’s Verses” and “One Hundred Love Sonnets,” unraveled after she learned he was having an affair with her niece.

Neruda died in a clinic in Santiago on Sept. 23, 1973 — 12 days after the American-backed coup that overthrew Allende and brought Gen. Augusto Pinochet to power. Many Chileans have long been skeptical of the official cause of death. In 2011, Neruda’s former driver said the poet told him, on the eve of his death, that he’d been given a harmful injection by a doctor. Conspiracy theorists note that Neruda died in the same hospital where Eduardo Frei Montalva, a politician who had supported the junta before switching sides, died in 1982. A judge ruled in 2009 that Frei had been poisoned.

Could Neruda have suffered a similar fate? Allende had died on Sept. 11, 1973, and another opponent of the junta, the folk singer Víctor Jara, was assassinated on Sept. 16. Finishing off Neruda could have been the junta’s coup de grâce.

Exhuming icons is one way to deal with guilt. Elsewhere in Latin America, the past’s phantoms are resurfacing: in Guatemala, where the former dictator Efraín Ríos Montt is on trial for genocide; in Argentina, whose cities are dotted with memorials to those who were “disappeared” during the “dirty war”; and in Mexico, where a once-pliant media have challenged the former president Felipe Calderón’s handling of the war against drug cartels.

But Neruda holds a special place in this grim look backward. Gabriel García Márquez, the Colombian writer and a fellow Nobel laureate, has called him “the most important poet of the 20th century — in any language.”

Neruda left thousands of poems, a handful of which are of such inspired beauty as to justify the very existence of the Spanish language. Adolescents routinely give his “Twenty Love Poems and a Song of Despair” to their sweethearts. His ideological verses have been read aloud, often from memory, in one revolution after another, from the fall of the Berlin Wall to the embers of the Arab Spring. Some of Neruda’s poems — “I Ask for Silence,” “Walking Around,” “Ode to the Artichoke” — have been rendered into English repeatedly, each version another effort to make him current and vital to a new generation.

A statute of limitations, along with the likelihood that culpable figures are dead, make an authoritative verdict on Neruda’s death improbable. The exhumation is creepy. The Pablo Neruda Foundation, the poet’s literary executor, initially did not support it, and his nephew and biographer remains skeptical. The decision, which followed a request by Chilean Communists, seems motivated more than anything by a present-day desire to bury the past by, paradoxically, digging it up. It’s largely pointless: The demonization of Pinochet is well under way — see, most recently, Pablo Larraín’s film “No,” about the 1988 plebiscite that helped end his rule.

Neruda, it seems to me, is beyond such trifles. He is the poet of the eternal present. He revealed to us the best antidote to oppression (and its most noxious companion, oblivion): poetry.

On its surface, a poem seems incapable of stopping a bullet. Yet Chile’s transition to democracy was facilitated by the poet’s survival in people’s minds, his lines repeated time and again, as a form of subversion. Life cannot be repressed, he whispered in everyone’s ears. It was a message for which he may have died, but that lives on in his verse.

Ilan Stavans, a professor of Latin American and Latino culture at Amherst College, is the editor of a forthcoming bilingual edition of Pablo Neruda’s odes.