labor From the Mixed-Up Files of Mr. Jon Lee Anderson 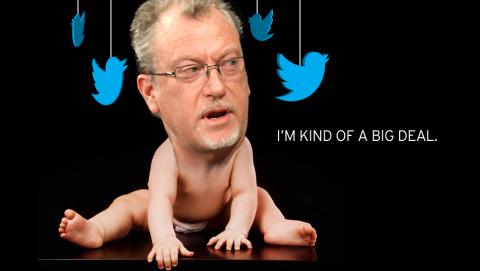 Last month, New Yorker reporter Jon Lee Anderson turned twelve shades of red when he was challenged on Twitter about his claim in The New Yorker that Venezuela was “one of the world’s most oil-rich but socially unequal countries.” A lowly rube named Mitch Lake had tweeted, “Venezuela is 2nd least unequal country in the Americas, I don’t know wtf @jonleeanderson is talking about.” Anderson tweeted back: “You, little twerp, are someone who has sent 25,700 Tweets for a grand total of 169 followers. Get a life.” Gawker was all over it.

Luckily, Keane Bhatt, an activist and writer at NACLA, has been on the Anderson file from the beginning, itemizing all of Anderson’s errors and forcing the New Yorker—which is widely renowned in the magazine world for its fact-checking department—to issue some corrections.

First there was this error that Bhatt caught:

Anderson’s article, “Slumlord: What Has Hugo Chávez Wrought in Venezuela?,” is indeed filled with blatant misrepresentations. The New Yorker’s vaunted factcheckers somehow permitted the publication of the following statement: “Chavez suggested to me that he had embraced the far left as a way of preventing a coup like the one that put him in office.” While it is true that in 1992, Chávez attempted a coup against an administration that had deployed security forces to massacre hundreds, perhaps thousands of civilian protesters, Anderson is misleading his readers. Chávez was “put in office” much later, in 1999, through a free and fair election—not a coup—a fact which he did not see fit to include in his piece. He instead wrote, vaguely, that Chávez “assumed” power in 1999.

Then there was this:

In a NewYorker.com piece published before Venezuela’s elections, [Anderson] wrote in error that “Venezuela leads Latin America in homicides.” The most recently available United Nations data show that Honduras, with 91.6 killings per 100,000 in 2011, has twice the rate of homicides as Venezuela, which recorded 45.1 in 2010. (El Salvador has 69.2.) When confronted with these facts on Twitter in February, Anderson admitted his mistake publicly, addressing even his editors at The New Yorker, and agreed to offer a correction. Over a month later, however, neither Anderson nor his editors have fixed his invented claim.

As Bhatt also points out, the headline on that second piece was originally given the hopeful title “The End of Chavez?” Once Chavez handily won reelection, the editors had to change it to “Chavez the Survivor.”

Thanks to Bhatt’s efforts—and that of his readers—both of these errors were eventually corrected.

But now we have this:

What [Chávez] has left is a country that, in some ways, will never be the same, and which, in other ways, is the same Venezuela as ever: one of the world’s most oil-rich but socially unequal countries. . .

As I pointed out in “Anderson Fails at Arithmetic,” this allegation misleads the reader in two ways. Inequality has been reduced enormously under Chávez, using its standard measure, the Gini coefficient. So one can hardly say that in this aspect, Venezuela remains the “same as ever.” Making Anderson’s contention even worse is the fact that Venezuela is the most equal country in Latin America, according to the United Nations. Anderson’s readers come away with exactly the opposite impression.

…A senior editor [at The New Yorker] sent me an email [that] offered a strained defense of Anderson’s position on inequality, arguing that Anderson’s point was valid, given that his claim supposedly combined Venezuela’s conditions of being both “oil-rich” and “socially unequal” as one assertion.

I pointed out in my response that any reasonable reading of the statement would portray Venezuela as both one of the world’s most oil-rich and one of the world’s most socially unequal countries. And the fact of the matter is that the CIA’s World Factbook ranks the country 68th out of 136 countries with available data on income inequality—that is to say, Venezuela is exactly in the middle, and impossible to construe as among the most unequal.

I also explained that when Anderson was confronted with this evidence on Twitter, the magazine’s principal correspondent on Venezuela expressed extreme skepticism toward publicly available, constantly used, and highly scrutinized data; he instead cited his own “reporting” and “impressions” as the authority for his assertions….

Lastly, I argued that the awkward formulation of combining “oil-rich” and “socially unequal”—a reading I reject—exposes Anderson’s contention as even further at odds with reality. Included in my email was the following list showing the top 10 most “oil-rich” countries ranked in order of their total crude oil production, according to the International Energy Agency. Each country’s corresponding Gini coefficient from the CIA World Factbook appears in parentheses—the higher the Gini coefficient, the greater the country’s inequality:

When provided with these arguments and data, The New Yorker’s senior editor fell silent in the face of repeated follow-ups. I received a reply only once: a rejection of my request to publicly post our correspondence.

Bhatt closes by urging his readers to get in touch with the The New Yorker.

Readers can pose such questions to The New Yorker by contacting its editors at www.newyorker.com/contact/contactus, by email at tny.newsdesk@gmail.com, or on Twitter at @tnynewsdesk. Such media activism plays a crucial role in engendering more careful portrayals of countries like Venezuela, which has long been the target of cartoonishly hostile, slanted, and outright false media coverage. Previous demands for accuracy and accountability have already prompted two admissions of error by The New Yorker, and can lead to a third, in spite of the magazine’s obstinacy. More importantly, the magazine now faces a real political cost to publishing sloppy reporting, as well as a powerful deterrent to running reckless news and commentary during a politically significant transitional moment for Venezuela.