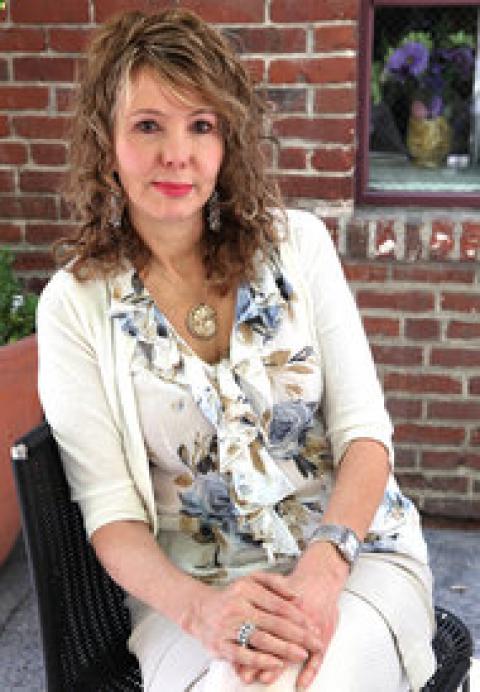 The politics of genetically modified food has created a rift in a policy-setting committee of the influential Academy of Nutrition and Dietetics that demonstrates the difficulty in finding anyone — anywhere — who doesn’t already have an opinion on the issue.

“Perhaps it is possible for someone who works for an organization that creates or promotes G.M.O.’s to be objective, however, that would be hard to do,” Carole Bartolotto, a registered dietitian in California, wrote in a Feb. 6 e-mail to an academy executive.

The academy cited her failure to disclose a consulting practice she lists on her blog as its reason for dismissing her, though she insists it is a business in name only.

Ryan O’Malley, a spokesman for the academy, declined to discuss the dispute except to say in an e-mail that the issue was “ongoing” and would be discussed internally on Thursday.

The incident arises at a time of growing consumer awareness and debate over genetically modified foods — with more than 30 states considering labeling laws — and rising pressure on companies to reduce their use of genetically engineered ingredients.

Last fall, the dietetics academy, which has 74,000 members and whose endorsement is coveted by companies and advocacy groups alike, found itself embroiled in the war over a California ballot initiative that would have required labels on foods made with genetically engineered ingredients.

The official voters’ guide had listed it among a group of scientific organizations and associations that had “concluded biotech foods are safe.”

In fact, the academy pointed out in a news release on Oct. 8, it had not taken a position on the issue. It promised a position paper on genetically modified foods sometime this year.

In December, the academy selected seven members, including Ms. Bartolotto, who is employed by Kaiser Permanente but emphasized she was not speaking on its behalf, to serve on the Advanced Technologies in Food Production work group.

In February, Ms. Bartolotto sent an e-mail to Kari Kren, a manager of research and business development at the academy, asking about the academy’s conflict of interest policy and raising questions about two other members of the group, Marianne Smith Edge and Jennie Schmidt.

Ms. Schmidt, a dietitian who operates a farm in Maryland, won a $5,000 prize from Monsanto and is a test farmer for the company.

Ms. Smith Edge, chairwoman of the committee, is a senior vice president at the International Food Information Council, which is largely financed by food, beverage and agriculture businesses, including companies like DuPont, Bayer CropScience and Cargill, companies that were among the biggest financial opponents of the California labeling initiative.

Later, she questioned the academy’s decision to hire Christine M. Bruhn, a professor at the University of California, Davis, to write its position paper on genetically engineered foods.

Professor Bruhn, who works for the university’s agriculture extension service, was an opponent of the California labeling measure. Additionally, the university has scholarships and other programs financed by Monsanto.

But what really concerned Ms. Bartolotto was the academy’s decision that Professor Bruhn would write the paper before the work group finished its review of the scientific materials. “Why have a work group if its conclusions are not going to be the basis for the position paper?” she said in an interview.

The work group’s members agree not to talk to the media about its affairs.

Ms. Kren responded to Ms. Bartolotto’s concerns about Ms. Schmidt and Ms. Smith Edge with an e-mail that included the academy’s conflict of interest policy. “Conflict of interest will not eliminate a candidate from an eligible appointment,” it says in part.

“Sometimes those who work in industry have the most expertise on topic, so these candidates may score well,” Ms. Kren wrote, explaining the process a selection committee uses. “That being said, the conflict of interest/disclosure form is reviewed and taken very seriously in the consideration.”

But in a March 22 letter dismissing Ms. Bartolotto from the work group, Bill Swan, chairman of the Workgroup Selection Subcommittee, and Paula Jean Ziegler, senior director of research and analysis at the academy, said they found her blog during an Internet search that had been done of all the work group’s members.

The blog includes a post she wrote last July titled “What You Need to Know About GMOs.” In it she noted that research on the health effects of genetically engineered foods is limited, a fact most experts agree on. She also advocated support for the California ballot measure.

The subcommittee focused on another aspect of her blog, its link to “Healthy Eating Consulting,” a page highlighting services she can provide, and chided her for failing to disclose it.

“Due to your failure to disclose the aforementioned, you have been dismissed from the work group,” they wrote.

Ms. Bartolotto said she was stunned. “I didn’t list it because I didn’t think it was an issue at all,” she said. “I created the link because at some point, I think it would be nice to have a consulting business, but right now, I work full time and don’t have time to have one.”

She said her consulting was limited to one consultation for a friend’s wife about a year ago.

“They didn’t even ask me about it,” she said. “They just removed me from the committee.”

Ms. Bartolotto said she made several attempts by e-mail to discuss the decision with the panel’s leadership.