Five Ways to Bridge the Jobs vs. Environment Gap

So often there's an apparent conflict between jobs and the environment. There's a way to resolve our differences. Every environmental campaign should have a jobs program and every jobs program should be designed to address our climate catastrophe. 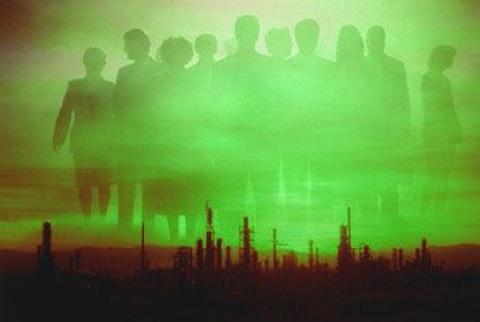 It happens over and over again.  A company proposes some big project, environmentalists oppose it, but unions say it will create jobs.  Or a government agency proposes new regulations, environmentalists say it will halt pollution, but unions say it will destroy jobs. The result is billed as a conflict of “jobs vs. the environment.”  The Keystone XL Pipeline, the “beyond coal” campaign, the fracking battle, and EPA regulation of greenhouse gasses under the Clean Air Act have all been treated as examples of that story.  For those who want to overcome this division – to tell a different story -- here are five levels at which it can be challenged:

1.  Recognize the common interest in human survival and in sustainable livelihoods.  To paraphrase Abraham Lincoln, if God had intended some people to fight just for the environment for the economy and others to fight just for the economy, he would have made some people who could live without money and others who could live without water and air.  There are not two groups of people, environmentalists and workers.  We all need a livelihood and we all need a livable planet to live on. If we don’t address both, we’ll starve together while we’re waiting to fry together.

2.  Look for alliances around specific issues in the real world.  For example, workers in the transportation industry have joined with environmentalists to advocate shifting from private to public transportation – something that would create large numbers of skilled jobs, greatly reduce greenhouse gasses and local pollution, and save money for consumers.  Unions have joined with environmental, religious, and community groups in Connecticut to fight for “renewable energy standards” that create local jobs and reduce polution by shifting from fossil fuels to renewables and energy use reduction.

3.  Seek win-win solutions to conflicts.  A recent study called Jobs Beyond Coal found that in a number of cases unions representing workers in coal-fired power plants have actually supported the planned closing of their highly-polluting workplaces – because environmentalists and government officials worked with them to ensure a “just transition” in which workers livelihoods and the needs of their communities were addressed.  Similar strategies can be used in many situations.  For example, unions representing pipeline workers could join up with opponents of the Keystone XL pipeline that will carry highly-polluting tar sands from Canada to Texas to demand the creation of thousands of pipeline jobs fixing our failing water and sewer pipelines.  Similarly, climate protection activists pressing colleges and municipalities to divest from fossil fuels could advocate that the funds divested from fossil fuel companies be invested in local job-creating climate protection.  Indeed, every environmental campaign should have a jobs program and every jobs program should be designed to address our climate catastrophe.

4.   Support a broad public agenda for creating full employment by converting to a climate-safe economy. Just as the New Deal in the Great Depression of the 1930s put millions of unemployed people to work doing the jobs America’s communities needed, so today we need a “Green New Deal” to rebuild our energy, transportation, building, and other systems to drastically reduce the climate-destroying greenhouse gas pollution they pour into the air.  Such a program would put an end the “jobs versus environment” conflict because environmental protection would produce millions of new jobs and expansion of jobs would protect the environment.  Such a program provides a road for both labor and environmentalists to move beyond our current dilemma.

5. Pursue the vision of a new economy. Just expanding the kind of economy we have will just expand the problems of inequality and environmental catastrophe our current economy is already creating.   Instead we need to be guided by the vision of a new economy where we all have secure livelihoods based on work that builds the kind of sustainable world we need – a world where none of us suffer either the miseries of unemployment nor the nightmares of environmental degradation and climate change. Jeremy Brecher

Jeremy Brecher is a historian whose new book Save the Humans? Common Preservation in Action, published by Paradigm Publishers, addresses how social movements make social change. His previous books include Strike!, Globalization from Below, and, co-edited with Brendan Smith and Jill Cutler, In the Name of Democracy: American War Crimes in Iraq and Beyond (Metropolitan/Holt). He has received five regional Emmy Awards for his documentary film work. He currently works with the Labor Network for Sustainability.