Gas prices are down nearly 35 cents from last year, yet this has had virtually no impact on this year’s first quarter profits of the big oil companies. 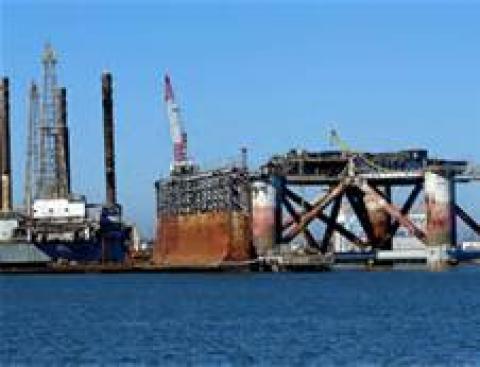 Here’s an example of how government subsidies distort market economics: Gas prices are down nearly 35 cents from last year, yet this has had virtually no impact on this year’s first quarter profits of the big oil companies.

Of course, someone has to pay to clean up these spills and increasingly, it is the taxpayer that is on the hook. Tar sands, for example, are not taxed like conventional oil. Normally, a tax is levied on the transport of oil, which goes into a fund to help pay for spill clean-up costs. The fund still covers tar sands spills, but there is no additional revenue coming in from tar sands and when the fund goes broke, the cost of clean up will fall to the taxpayer.

Taxpayer subsidized clean-ups protect big oil company profits. So does a beneficial tax system. Far from the 35 percent top corporate tax rate, ExxonMobil’s effective tax rate was 13 percent, Chevron’s was 19 percent, and ConocoPhillips’s was 18 percent. On top of this, each year, the big five oil companies receive $2.4 billion in tax breaks. The special treatment these companies receive explains how gas prices can decrease while liabilities increase, yet have negligible impact on profits.

Compare this special treatment to how struggling households are treated. There is no greater example of this two-tiered system than the sequester. Cuts that impact the rich, like flight delays, get almost immediate attention from Congress. The pain imposed by cuts to housing vouchers, Head Start programs, unemployment benefits, and other social safety net programs are falling on deaf ears.

The revenue lost from giving favorable tax treatment to companies that continually post record profits could more than pay for the safety net programs. But, we live in a political reality where the priorities of the affluent dominate priorities and policy making. And so, the result is that Washington throws money at oil companies, pays for their misdeeds, and leaves struggling households to fend for themselves.