Google’s Spymasters Are Now Worried About Your Secrets

Every time there is a so-called terrorist attack on American soil, pressure to ramp up the reach of our increasingly omnipresent surveillance state spikes, sweeping ever-larger numbers of people and more intimate information concerning their lives into national databases. 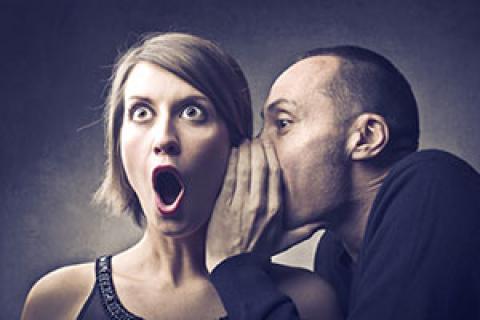 A recent article in The Wall Street Journal by Google Executive Chairman Eric Schmidt, “The Dark Side of the Digital Revolution,” makes for very scary reading. It is not so much because of what he and co-author Jared Cohen, the director of Google Ideas, have to say about how dictators can use new information technology to suppress dissent; we know those guys are evil. What is truly frightening is that the techniques of the totalitarian state are the same ones pioneered by so-called democracies where commercial companies, like Google, have made a hash of the individual’s constitutionally guaranteed right to be secure in his or her private space.

The dictators, mired in more technologically primitive societies, didn’t develop the fearsome new implements of control of the National Security State. Google and other leaders in this field of massively mined and shared information did. As the authors concede and expand on in their new book:

“Despite the expense, everything a regime would need to build an incredibly intimidating digital police state—including software that facilitates data mining and real-time monitoring of citizens—is commercially available right now. ... Companies that sell data-mining software, surveillance cameras and other products will flaunt their work with one government to attract new business. It’s the digital analog to arms sales. ...”

The Google execs have inadvertently let us in on the world that they inhabit, where the data mining of individual preferences—for such interests as sex and politics—can be cross filed and tabulated by supercomputers to be exploited for commercial gain. The drive for ever more detailed information on individual behavior is on with a vengeance in the profit-driven world of data mining, as anyone who observes the ads that mysteriously pop up during Internet browsing sessions well knows. But that invasive technology is now undergoing a massive revolutionary upgrade provided by the collection of vast numbers of biometric markers.

“Don’t think the data being collected by autocracies is limited to Facebook posts or Twitter comments,” Schmidt and Cohen warn. “The most important data they will collect in the future is biometric information, which can be used to identify individuals through their unique physical and biological attributes. Fingerprints, photographs and DNA testing are all familiar biometric data types today. ... With cloud computing, it takes just seconds to compare millions of faces. ... By indexing our biometric signatures, some governments will try to track our every move and word, both physically and digitally."

What if one of those governments is our own?

National Security Presidential Directive 59 issued by George W. Bush during his last year in office remains in effect today. Its instruction to government agencies reads: “Through integrated processes and interoperable systems, agencies shall, to the fullest extent permitted by law, make available to other agencies all biometric and associated biographic and contextual information associated with persons for whom there is an articulable and reasonable basis for suspicion that they pose a threat to national security.”

Every time there is a so-called terrorist attack on American soil, pressure to ramp up the reach of our increasingly omnipresent surveillance state spikes, sweeping ever-larger numbers of people and more intimate information concerning their lives into national databases. As with the hunt for the perps of the Boston bombings, there is a growing acceptance and indeed a demand for additional surveillance cameras, cellphone eavesdropping, location checks and biometric identifiers.

The debate over immigration has similarly propelled a call for increased use of biometric markers to track the undocumented, but the proposals require expanded use of such markers to trace all those applying for jobs, housing and benefits.

These technological invasions of our privacy serve to undermine the bold assertion of the Fourth Amendment to the U.S. Constitution that the protection of personal, private space is essential to the freedom of the individual.

The authors of that text knew well the dangers posed by enemies, foreign and domestic, yet insisted “the right of the people to be secure in their persons, houses, papers, and effects, against unreasonable searches and seizures, shall not be violated, and no warrants shall issue, but upon probable cause, supported by oath or affirmation, and particularly describing the place to be searched, and the persons or things to be seized.”

Schmidt and Cohen should ponder those sacred words when considering their own complicity in violating the security of persons protected from searches of their habits, locations, thoughts and the endless bits of formerly off-limits information. Google has turned once private data into a commodity routinely exploited for profit. No wonder these executives are now made uncomfortable when old-fashioned dictators appropriate the snooper culture of the new technology.

[Robert Scheer is editor of Truthdig.com and a regular columnist for The San Francisco Chronicle.]