At the core of the reforms is an acknowledgement by the Cuban state that it must relinquish control over those activities and sectors, such as retail, that do not serve it strategically and that it believes have the capacity to absorb the growing labor force in coming years. If these conditions are established, non-state employment will meet its expected contribution to the economy, above all in terms of job creation and the production of goods and services. 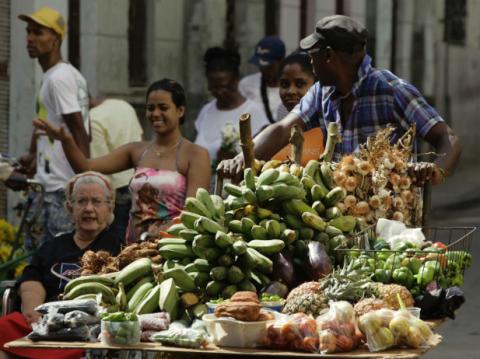 Cuba's recent economic reforms to its economic model are not entirely new. What is new is the perception and the importance placed on them, especially on the role of the non-state sector. Once implemented, these reforms will update the country’s economic model.

In announcing the “Draft Guidelines for Economic and Social Policy”—upon which the reforms are based—at the Sixth Congress of the Cuban Communist Party in October 2010, Cuban officials acknowledged inefficiencies in the economic model. These included: low economic growth, especially in industry and agriculture; inefficiencies in investment; low levels of investment in productivity and infrastructure; the gap between workers’ incomes and the rising prices of goods and services, both in markets free from price controls and the state foreign currency, and convertible peso markets; lack of connection between workers’ productivity and salaries; excessive economic centralization; increased state restrictions on certain goods and services; the low level of housing construction; and the foreign and domestic deficits.

To counter these inefficiencies, the government proposed a series of adjustments designed to improve productivity by promoting entrepreneurship, establishing a more efficient tax system, and balancing public finances.

The most important adjustments focus on incentives for creating non-state employment. For instance, the government will now recognize 178 categories of work or trade. In the agricultural sector, it promises to put unused land into productive use. Cubans will no longer be forbidden from selling homes and vehicles—even to foreigners or temporary residents. Businesses will be granted greater autonomy, and multiple licenses will be available for conducting business not only in one’s hometown but anywhere in the country. Private restaurants can expand from 12 to 20 seats. And in a move toward ensuring food self-sufficiency and eliminating rationing, individuals will be allowed to lease state facilities, including those in the food industry.

Among the measures, those targeting self-employed workers will undoubtedly have the greatest positive impact. The policy is being encouraged at all levels of government, and for good reason. Under its reorganization plan, the Cuban state intends to move between 1 million and 1.3 million state workers off state payrolls within the next few years, making self-employment policies the most urgent.

The openings providing for self-employment will permit the creation of microenterprises. Since October, the number of licenses granted to micro-enterprises has surpassed 113,000, a nearly 50 percent increase from before the start of the reforms.

These developments will expand supplies of consumer goods and services. There are already signs that the measures have had a positive impact. The number of workers hired by other self-employed workers has increased. So has the number of microenterprises dedicated to the preparation and sale of food, the manufacture of household goods and transportation. For many people, microenterprise has constituted an alternative source of income to state salaries and pensions. For the state, it will provide a source of new tax revenue.

The new measures also focus on balancing public finances by decreasing public payrolls and unemployment compensation. And as the state reduces total payroll expenses and increases revenue from taxes on self-employed workers, it will be able to increase public-sector salaries.

To improve productivity, details have also emerged about a more efficient form of contracting labor. Companies will be able to count on greater funds for salaries to distribute among fewer employees.

This will be done through a system of results-based payments, which will mean an increase in productivity and, consequently, growth in the economy as a whole. Under the proposed adjustments, it has been estimated that new non-state annual tax contributions will exceed $1 billion per year.

At the core of the reforms is an acknowledgement by the Cuban state that it must relinquish control over those activities and sectors, such as retail, that do not serve it strategically and that it believes have the capacity to absorb the growing labor force in coming years.

However, the proper functioning of the private sector depends on nondiscrimination and competition. For this, a number of conditions will be important. Among them: access to technical and material supply markets; access to sources of financing and insurance to cover risk; access to fair and competitive domestic consumer markets and export markets; regulations that do not impose undue burdens in their compliance or administration; and a tax burden consistent with the desired activity and size of the project.

If these conditions are established, non-state employment will meet its expected contribution to the economy, above all in terms of job creation and the production of goods and services. I estimate Cuba could grow at a rate of 5 percent after the reforms.

It will be a complex task to effectively design and implement the steps needed to unleash the production forces of a “handmade” economy, where discretion has prevailed over rules, institutions and respect for regulations.

Time has changed the functions and needs of our socialist project. Those changes, along with the success of other countries’ experiences, demonstrate that the Cuban state is in vital need of updating its economic model.

This means the market must play an ever-increasing role in the Cuban economy, even if planning will officially prevail over the market. The measures that the authorities have taken are a first step in the right direction.