27% of Spaniards are Out of Work. Yet in One Town Everyone Has a Job

As Spanish unemployment reaches another record high, the residents of rural Marinaleda could be forgiven for feeling a little smug

May 15, 2013 By Alasdair Fotheringham The Independent
printer friendly 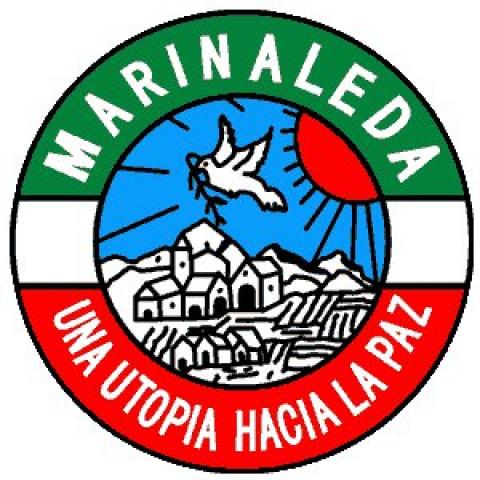 As Spanish unemployment reaches another record high, the residents of rural Marinaleda could be forgiven for feeling a little smug.

In the small village in deepest Andalusia, the joblessness remains firmly – and almost certainly uniquely within Spain – at zero. With one set of traffic lights, two bars (one jammed with football paraphernalia for the First Division side Seville) and one central avenue lined with of low terraced houses, Marinaleda looks like many villages in western Andalusia.

But huge wall murals depicting the destruction of tanks and weaponry, the binning of Nazi symbols, and a column of workers marching through the fields, are far from the usual graffiti found in such places. Nor do many villages name their sports hall after Che Guevara, or have oversized placards of doves of peace dotted on streets named after left-wing heroes such as Salvador Allende and Pablo Neruda.

Marinaleda is run along the lines of a communist Utopia and boasts collectivised lands (1,200 previously unused hectares, seized by a mass land-grab in 1990 from an aristocrat’s estate) which offer every villager the opportunity to work the fields, tending to root crops and olive groves. In Andalusia, where jobs are currently being lost at the rate of about 500 a day, any work is good work.

Marinaleda’s mayor, Juan Manuel Sánchez Gordillo, has gained national notoriety and has even been dubbed the “Robin Hood of Spain” after he and a group of labourers refused to pay a supermarket for 10 shopping trolleys filled with food, which they distributed to the area’s food banks, sparking headlines in countries as far away as Iran.

“That was to draw attention to the fact there are so many people in Spain who have a hard time getting enough to eat right now,” says Mr Sánchez Gordillo. “We wanted to say, in the 21st century in Spain, ‘this problem exists’. Gandhi would have supported it.”

But the supermarket “raids” were just the tip of the iceberg for Mr Sánchez Gordillo, who has spent more than 30 years fighting for wealth redistribution via land occupations, cheap housing and co-operatives. In Marinaleda, he has promoted equal wages policies, scrapped the police force and offered mortgages on previously state-owned properties, which cannot be sold on for profit, of just €15 a month.

When asked about the gulf between Spain’s 27.2 per cent unemployment rate – the highest in the EU – and full employment in Marinaleda, the 57-year-old former history teacher and father-of-three, who works unpaid as mayor, says: “It fills me with hope and desperation, both at the same time.”

He says the village is not completely insulated from the country’s severe unemployment, which is only part of Spain’s financial crisis. He cites the cases of young villagers who had been working in the construction industry but were forced to return to Marinaleda after work dried up. But he says he believes Marinaleda is “beating the recession better than elsewhere, thanks to our co-operatives and industries”.

Andalusia’s history is peppered with occupations of latifundias – huge agricultural estates dating back to Roman times – by landless workers. Mr Sánchez Gordillo claims these estates make up about 50 per cent of the region’s land, but are owned by just 2 per cent of Andalusia’s population. He says Andalusia is also covered, now, with dozens of empty industrial estates that are mute testimony to the unemployment that blights the region – one sits just 12 miles away from Marinaleda, where the only visible “green shoots” belonged to weeds flourishing amid the patchwork of rusting streetlights, crumbling service roads and pedestrian crossings leading nowhere.

“It is true we form part of a tradition, but we’re doing something new here too: we’re insisting that natural resources should be at the service of people, that they have a natural right to the land, and that land is not something to be marketed,” says Mr Sánchez  Gordillo. “Food should not be speculated with either. It is a basic human right. We also believe in the [common] sovereignty of [food] as a way of profoundly changing agriculture in the world, not just one particular place.”

He laments that the village’s initiatives are not being adopted elsewhere in the country and even across the world. And it seems Mr Sánchez Gordillo may not be alone in seeing Marinaleda as spearheading a global change “towards a peaceful Utopia” – as the road signs leading into the village pronounce. Support for moderate to hard-left politics is certainly growing in Spain. The Communist-led coalition to which Mr Sánchez Gordillo’s CUT-BAI party belongs, Izquierda Unida (“United Left”), netted 15.6 per cent of the votes in a recent poll, more than double than at the 2011 elections.

With his bushy beard, preference for jeans and Palestinian scarf (which he says he will only remove when they have their own state), Mr Sánchez  Gordillo also cultivates a very different image to the majority of Spain’s politicians. A portrait of Che Guevara, rather than the standard picture of King Juan Carlos, hangs in pride of place in his mayor’s office.

Mr Sánchez  Gordillo believes Spain’s deep recession is the fault of its government. “Unfortunately, this [national] government’s policies have not been directed towards the people’s problems; they were directed towards the banks’ problems,” he says. “People are more important than banks, particularly when the profits are received by a handful of bankers who have speculated with basic human rights. The money they’ve provided doesn’t reach the base of the social pyramid, which is why the economy is paralysed. It’s the small property holders and businesses who have been hurt the most. [We have] six million unemployed and twice that number living in poverty.”

However, like Robin Hood, Mr Sánchez Gordillo’s politics has seen him fall foul of the law. The land appropriations he encourages are illegal, as are the supermarket raids. Imprisoned seven times, he has reportedly survived two assassination attempts by right-wing extremists. Recently he appeared in court over the occupation last summer of military terrain in the sierras south of Seville.

The right-wing newspaper La Razón has reported that Mr Sánchez Gordillo’s government is in debt to the tune of €2.83m (£2.4m), and also quotes sources close to the town as saying there are months of back payments owed to workers in the co-operatives. Other villagers claim, according to La Razón, that “if you don’t go to protest” – as happened recently at another land-grab in the military terrain of Las Turquillas – “then you don’t get a job”. There have been repeated assertions that Mr Sánchez  Gordillo does not share his power and has not held a full village council meeting for 13 months.

But his policies are clearly popular. He has been re-elected by massive majorities in each election since 1979.  “I wish our mayor was like him,” one woman in her forties from a nearby village said as she patiently waited for an audience with Mr Sánchez  Gordillo outside his office.

Though his methods are frequently debated in Spanish media, Mr Sánchez  Gordillo (with some financial support from the regional government) has been able to offer his village three things that much of Spain is desperately wanting: employment, affordable housing, and a greater say in  government. “The most important thing we’ve done here is to struggle and obtain land through peaceful means, and to ensure that housing is a right, not a business,” Mr Sánchez Gordillo concludes. “And as a village we work together, discuss and collaborate together: that’s fundamental for any society, too.”