Where is the Skepticism About Chemical Weapons?

The media’s lack of skepticism about White House claims 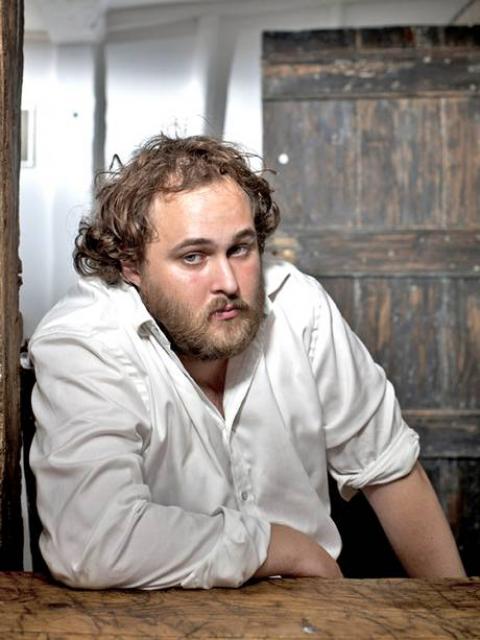 Patrick Cockburn on U.S. Plans to Arm Syrian Rebels: Where is the Skepticism About Chemical Weapons?

Veteran foreign correspondent Patrick Cockburn of The Independent joins us to discuss the Obama administration’s decision to begin directly arming Syrian rebels after concluding the regime of President Bashar al-Assad has used chemical weapons. "There must be some doubts about this," Cockburn says, adding that it "reminds me of what they were saying in 2002 and 2003 about Saddam [Hussein]’s weapons of mass destruction." Cockburn warns U.S. involvement could escalate regional conflicts that could "go on for years," and critiques the media’s lack of skepticism about White House claims.

JUAN GONZALEZ: We begin the news that the Obama administration has decided to begin arming Syrian rebels fighting President Bashar al-Assad after concluding Assad’s forces have used chemical weapons. The White House said Thursday it has firmer evidence the Assad government has used the weapons multiple times on a "small scale" and that up 150 people have died. Unnamed officials told the Times the CIA would coordinate the transfers of small arms and ammunition. The United Nations says roughly 93,000 people have died in the two-year-old civil war.AMY GOODMAN: A U.N. panel recently accused both sides of carrying out war crimes. In a conference phone call with reporters Thursday, U.S. Deputy National Security Adviser Ben Rhodes declined to say exactly what type of aid the U.S. would give the rebels’ Supreme Military Council.

BEN RHODES: The president has made a decision about providing more support to the opposition. That will involve providing direct support to the SMC. That includes military support. I cannot detail for you all of the types of that support, for a variety of reasons, but, again, suffice to say this is going to be different in both scope and scale in terms of what we are providing to the SMC than what we have provided before.

AMY GOODMAN: For more, we’re joined on the telephone by Patrick Cockburn, foreign correspondent for The Independent of London who has reported extensively on Syria.

Your response to what the United States is saying and going to do in Syria, Patrick?

PATRICK COCKBURN: Well, I think it’s probably bad news for the Syrian people. It means there’s going to be an escalation of the war. What isn’t clear yet is whether the administration, as it hints, is going to just trying to redress the balance between the rebels and Assad’s forces, after the rebels have suffered some defeat, or whether they’re going right down the road to try and overthrow Assad, rather like Libya in 2011, and this is the beginning of an all-out offensive against Assad, which will grow incrementally.

JUAN GONZALEZ: And, Patrick Cockburn, the potential here for the United States intervening not only in the situation in Syria but also in the growing sort of divide and conflict between Shia and Sunni throughout that region of the world?

PATRICK COCKBURN: Yeah, so this is extraordinarily dangerous. I mean, the—what’s happening in Syria may have begun as an uprising against a dictatorial government, but now it’s Sunni against Shia within the country, it’s Sunni against Shia outside the country. The allies of the U.S. in this conflict are extremely sectarian Sunni monarchies, very little interest in democracy. So, I think once you get entangled in this, rather like Iraq, it’s very different to—difficult to disentangle yourself, and this could go on for years.

AMY GOODMAN: Patrick Cockburn, the evidence that the U.S. says it has that the Assad forces used chemical weapons?

PATRICK COCKBURN: Well, there must be, you know, some doubts about this. You know, they say this in a sure voice, but it’s a sure voice which reminds me of what they were saying in 2002 and 2003 about Saddam’s weapons of mass destruction. You know, you would need the evidence to be laid out in front of you to really be convinced by this.

JUAN GONZALEZ: And the concerns in some circles that this is really developing into a proxy war with Iran and Hezbollah, rather than actually trying to deal with the situation internally within Syria?

PATRICK COCKBURN: Yeah, it already has turned into a proxy war. You can see that with—Hezbollah and Iran were involved, but also the U.S. was—had already combined with Qatar to send weapons. Qatar has sent up to $3 billion to the rebels, 70 loads of flights of weapons, organized by—with the CIA. So, that was already happening. I think one of the—you know, what ought to happen would be to go down the diplomatic road to try and have a ceasefire. I don’t think you can have any solution at this moment in time, because you people are too involved in the war, they hate each other. But they should push for a ceasefire, and then there might be the basis for some talks afterwards. But the decision by the U.S. looks as though it’s going to push this into an all-out and long-running conflict.

AMY GOODMAN: Finally, Patrick Cockburn, your assessment of the media coverage of what’s happening in Syria and the U.S.’s decision?

PATRICK COCKBURN: Well, I was rather amazed and depressed by some of it that I have seen, particularly CNN, that was an—seemed to be an immediate acceptance that whatever was said about Syria employing chemical weapons was accepted as if it was written in stone, despite all of what happened in Iraq in the past, and an almost total lack of skepticism about the claims now being made.

AMY GOODMAN: Patrick Cockburn, I want to thank you for being with us—of course, we’ll continue to follow what’s happening in Syria—foreign correspondent for The Independent, speaking to us from London. This is Democracy Now! When we come back, we’ll speak with James Bamford about the NSA’s secret war. Stay with us.