A Nearly Hidden Horror of the Sequester

The sequester means that most federal budgets must be reduced by as much as five percent. Housing is taking a huge hit. I’ve been stewing about it for days now. I want to ask the important people in Washington – starting with the one in the White House – how could they let something like this happen? How, in the richest, most powerful country on the planet, could they visit such cruelty on people? 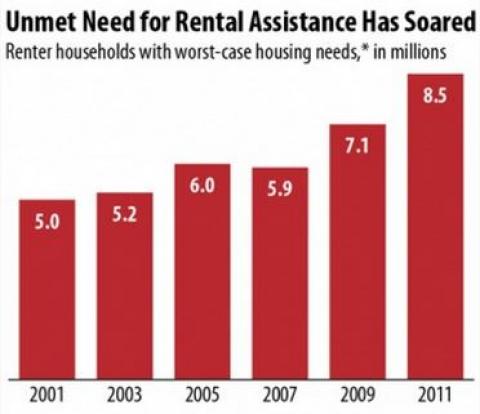