AB 10: Time is Ripe for California to Raise the Minimum Wage

The California State Assembly recently approved AB 10, a bill authored by Assemblyman Luis Alejo (D-Salinas), to boost the minimum wage starting next year in five steps to $10.00 an hour by 2018. The state senate will soon consider the bill. 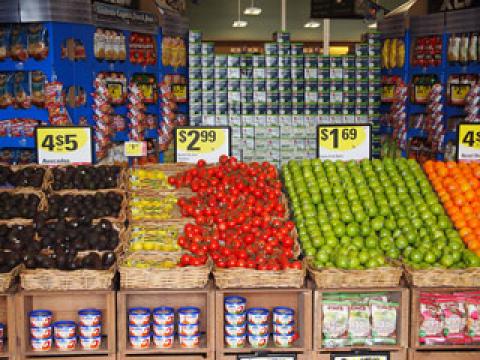 The New York Times recently characterized the economic recovery that officially began in 2009 as a “golden era for corporate profits.” Indeed, corporate profits doubled between 2008 and 2011 and reached a record high. However, these increased profits have fueled inequality and come at the expense of worker compensation. Profits are now a larger share of total national income, and wages and benefits are a smaller share than at any time since the 1960s.

Over the last four decades productivity gains have overwhelmingly accrued to business and not labor. The Economic Policy Institute calculates that between 1973-2011 productivity increased by 80 percent, but median hourly compensation by only 11 percent.

The recovery has not lifted up those at the bottom of the income distribution, nor has it increased opportunity for the middle. According to the Women’s Foundation of California, one in three families in the state (with family members reporting a combined work effort of 39 or more weeks annually) are the working poor who earn less than $45,397 a year. California has more working poor families than any other state.

Sluggish job growth and declining wages for most workers are holding back a robust recovery. Consumer demand is insufficient to jump-start economic growth and to promote broadly shared prosperity.

In 1938, in his state of the union speech to Congress, Franklin Roosevelt called for the passage of the Fair Labor Standards Act to establish a federal minimum wage. The President claimed that the minimum wage was “an essential part of economic recovery,” and that “millions of industrial workers receive pay so low that they have little buying power,” and thus suffer “great human hardship.” He concluded that the “increase of national purchasing power [is] an underlying necessity of the day.”

The U.S. Bureau of Labor Statistics projects that seven out of ten top growth occupations over the next decade will be low-wage jobs in the home-health-care, hospitality, food-preparation and-serving, and retail-sales sectors. The continued erosion of the minimum wage and the shift from high-wage manufacturing jobs to low-wage service-sector jobs will accelerate the ever-widening economic inequality.

The California State Assembly recently approved AB 10, a bill authored by Assemblyman Luis Alejo (D-Salinas), to boost the minimum wage starting next year in five steps to $10.00 an hour by 2018. The state senate will soon consider the bill.  Opponents are making the same argument today that they have always made since the minimum wage was established in 1938: to raise the minimum wage will hurt small business and will increase unemployment. This argument fails for two basic reasons.

First, large firms employ the most low-wage workers. A report by the National Employment Law Project (NELP) documents that large companies with more than one hundred workers employ 66 percent of low-wage workers earning less than $10.00 an hour. The 50 largest employers of low-wage workers, such as Wal-Mart, Target, and McDonald’s, have recovered from the recession, and three- quarters of these firms are making higher profits now than those they earned prior to the economic crisis.

Second, a poll by the Small Business Majority reveals that two out of three small business owners support raising the minimum wage, and 85 percent already pay their employees more than the minimum wage. Many small business people understand that higher pay will stimulate consumer demand and that wage increases are offset by reduced employee turnover, increased worker retention and training, and higher employee productivity.

Nor is there evidence that businesses will reduce their workforce to meet higher hourly wage costs. In the most comprehensive study to date UC Berkeley economists Michael Reich, Arin Dube, and William Lester examined all bordering counties in neighboring states where one state raised the minimum wage to a level greater than that of the other state between 1990 and 2006. They found no increased unemployment in counties with higher minimum-wage levels.

Finally, minimum-wage workers tend to spend their increased earnings on basic necessities. Such spending is a direct stimulus to the local economy without increasing the deficits of local and state government.

A study by the Federal Reserve Bank of Chicago found that every $1.00-an-hour wage increase a low-wage worker receives results in $3500 in new consumer spending by that worker’s household during the following year.

To restore a measure of fairness and equity to California we must raise the wage floor. A small raise for the bottom can enable families to escape working poverty and can promote a sustainable economic recovery—one that benefits all Californians.

In 1933, just after his election and during the worst depression in the nation’s history, President Franklin Roosevelt stated that “No business which depends for existence on paying less than living wages to its workers has any right to continue in this country.”

It is an economic and moral imperative that the legislature and the governor act now to raise the state minimum wage.

Martin Bennett is Instructor Emeritus of History at Santa Rosa Junior College, co-chair of the Living Wage Coalition of Sonoma County/Jobs with Justice Organizing Committee,  and a Research and Policy Analyst for UNITE HERE Local 2850.