An intimate, occasionally sad and frequently humorous insight into the life of one of the world's best known authors. 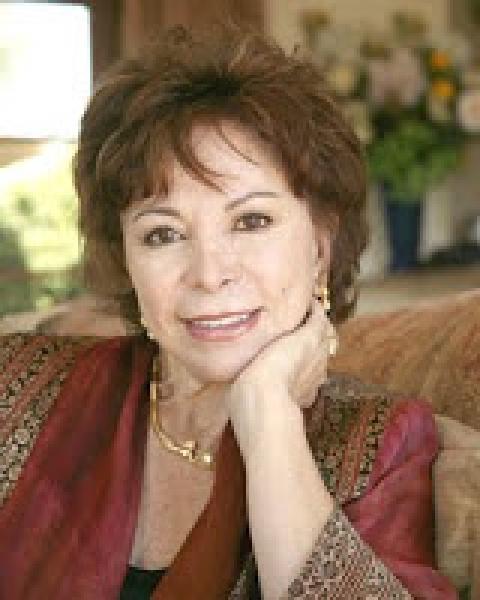 Isabel Allende was born 2 August 1942 in Chile . Allende, whose works sometimes contain aspects of the "magic realist" tradition, is one of the best-known female novelists in Latin America.,
Sir David Frost travels to California to meet the best-selling Chilean author, Isabel Allende, who has sold nearly 60 million books worldwide.
She is one of the world's best known Spanish language authors - her books are a tapestry of magic and realism. She is also an icon for the movement for the empowerment of women, and takes great pleasure in telling Sir David all about it.
Born in 1942, Allende recounts how her father "disappeared" when she was just three years old, and how the next time she saw him was when asked to identify his body in the morgue "many years later".
Whilst she describes her father as a totally "unknown person", Allende refers to her mother as a "huge influence" in her life who, even at 93, still writes to her every day.
Allende saw at first hand the horror of the Chilean military coup of 1973. She tells Sir David how her father's cousin, Salvador Allende, became the first socialist president of Chile.
She had lunch with him just nine days before the coup on September 11, 1973. He committed suicide whilst still inside the presidential palace. She explains how fear and confusion swept the country and how, with the name Allende, she was forced to flee to Venezuela to escape the Pinochet dictatorship.
In January 1981, she wrote a letter to her dying grandfather "almost knowing that he would never be able to read it". This letter was to become the foundation for her most famous book The House of the Spirits which she describes as "a crazy attempt to recover everything I had lost".
She says that the book's runaway success and translation into every European language "changed her life". Suddenly the part time journalist was on her way to becoming a world renowned author.
In 1990, after democracy had returned to Chile, she explains how she was forced to choose between staying with her family or going back to her country and "starting from scratch". Opting for the former she says, meant "being forever a foreigner" - a feeling which continued when she moved to the US.
Allende gives Sir David a fascinating insight into her writing routine. She always begins a new book on January 8, the day she began her first novel. She shows Sir David just a few of the thousands of letters from her mother: she has kept every one. She refers to this as "a wonderful relationship" and describes how these letters aid her in the creative process.
She also proudly shows Sir David round the Isabel Allende Foundation, an organisation funded by profits from her books to sponsor needy children around the world.
She explains how she set up the foundation after the death of her daughter Paula, who died aged just 28 in 1992 after months spent in a coma, following complications caused by porphyria.
The eponymous book, Paula, tells the story of her daughter's illness. Isabel stresses that this book allowed her "to enter into another stage of life with a great grief, a great loss, but not a sad person" and that she invested all of the profits into the foundation, "something Paula would care for".
She explains how an experience she had in India inspired her to devote her foundation to the empowerment of women. A new mother tried to push her newly born daughter onto Isabel. When asked why, she was told 'it's only a girl'. When asked by Sir David whether it would be better "if women took over the world" she replies "we've already tried the other thing and it's a mess".
Finally, we meet Isabel's second husband, American lawyer Willie Gordon, whom she met when on a book tour in 1987. Gordon says that after reading one of her books, he thought "this writer talks about love the way I understand it" and they married the following year.
Allende's final reflection is that of September 11, 2001. Marking the connection between the date of the attacks and that of the Chilean Revolution, she describes it as "the first time this country felt vulnerability", something "the rest of the world feels all the time". It was this realisation, she states, that allowed her to feel "she could belong here".
The programme offers an intimate, occasionally sad and frequently humorous insight into one of the world's best known authors. Isabel keeps nothing from Sir David and the cameras. She does not hide the grief of losing her daughter nor the joy of finding love with her second husband. The result is a fascinating programme, which will be watched as avidly by those who are new to the author and her work as those devoted fans of Isabel Allende.
Listen to the full interview: Frost Interview - Isabel Allende: 'Forever a foreigner'
[The Frost Interview can be seen each week at the following times GMT: Friday: 2000; Saturday: 1200; Sunday: 0100; Monday: 0600. Click here for more The Frost Interview.]