Twenty-five years ago it was already evident that damage to the global environment threatened the basic conditions on which life depends and posed a clear and present danger that required a global response. Why, I asked, aren’t governments and politicians racing to meet this looming threat? Why, we might ask today, are we still unable to “get our act together” and make the necessary changes in time? 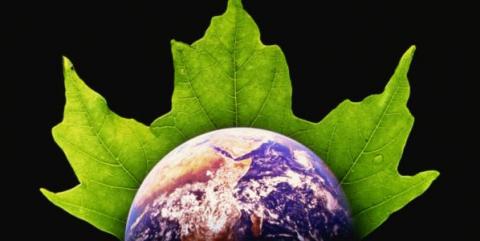 The summer of 1988 was long and hot.  One scorching day I casually said to a deliveryman, “Awfully hot.”  He responded, “I talk with old-timers who can’t remember anything like it in 60, 70 years.”  He continued, “It’s probably this ‘greenhouse effect.’  If you ask me, it’s a warning.  All the poisons we’re putting into the air and the water – if we don’t get our act together, we’re going to make the earth a place that people can’t live on.”  I sat down and penned an op ed that appeared in the Chicago Tribune and other newspapers twenty-five years ago this week.

I noted that as a historian, I’m always on the lookout for subtle signs that indicate deep changes in social outlook.  When that conversation shifted from local weather to the global biosphere, I felt I was witnessing “the opening shot of the second ecological revolution.”

The first ecological revolution was based on a popular recognition of the links between the different aspects of the micro-environment: that you cannot poison the bugs without also killing the birds.  The result was a popular movement involving millions of people that produced an array of environmental legislation in dozens of countries.

The second ecological revolution, I argued, would grow out of a recognition of the links of the macro-environment:  “that cutting rain forests in Costa Rica or burning coal in Gdansk may contribute to crop failures in Iowa and tree death in the Black Forest.”  Its prime characteristic would be “its commitment to international solutions.”

Sadly, I was wrong:  There was no revolution, and today we are paying the price.  For twenty-five years we have tried to ignore my deliveryman’s warning.  Now we know he was right.  The carbon and other greenhouse gasses we have put in the atmosphere are indeed causing a greenhouse effect.  And that is indeed making the earth less and less hospitable for human life.

Twenty-five years ago it was already evident that damage to the global environment threatened the basic conditions on which life depends and posed a clear and present danger that required a global response.  Why, I asked, aren’t governments and politicians racing to meet this looming threat?  Why, we might ask today, are we still unable to “get our act together” and make the necessary changes in time?

Perhaps here I was more prescient.  “The disturbing answer is that the measures we need to protect the global ecosphere will reduce the power of the world’s most powerful institutions.  National governments will have to accept international controls.  Corporations will have to forego opportunities to make money at the expense of the environment.  Military establishments will have to abandon programs that threaten the air and water.  Beyond that, virtually everyone will have to adjust to substantial change – though not necessarily deterioration – in lifestyle.”

The first ecological revolution, I noted, began as a popular movement.  It didn’t wait for leadership from politicians.  In fact, it imposed its own agenda on governments and economies, an agenda that ultimately limited the ability of politicians and corporate officials to pursue their interests at the expense of the environment.  The second ecological revolution would similarly have to “impose its agenda on governments and businesses,” saying that preserving the conditions for human life is simply more important than increasing national power or private wealth.  And it would have to act globally with worldwide demonstrations, boycotts, and direct action campaigns against polluting countries and corporations.

Twenty-five years ago it was already evident that the world needed a binding international agreement to protect the atmosphere by limiting the production of greenhouse gasses.  But when the prime ministers of Canada and Norway proposed such an agreement, a US State Department official responded it would be “premature” even to “contemplate” an international agreement that “sets targets for greenhouse gases.”

When, I asked, would such an agreement become timely – “how many crop failures, heat waves and environmental disasters from now?”  The question remains pertinent today:  Twenty-five years later the US government is still unwilling to make such a binding agreement.

The time we’ve already wasted will be incalculably costly and cause unimaginable human suffering, from which none of us and none of our children will be exempt.  Is it too late to take effective measures to push back global warming?   The only answer is, better late than never.

Jeremy Brecher is a historian whose new book Save the Humans? Common Preservation in Action, published by Paradigm Publishers, addresses how social movements make social change. His previous books include Strike!, Globalization from Below, and, co-edited with Brendan Smith and Jill Cutler, In the Name of Democracy: American War Crimes in Iraq and Beyond (Metropolitan/Holt). He has received five regional Emmy Awards for his documentary film work. He currently works with the Labor Network for Sustainability.