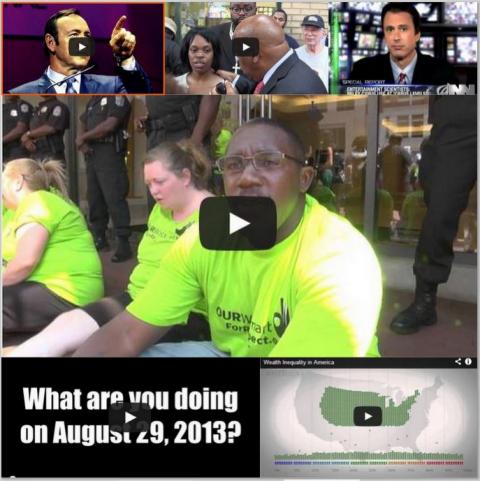 To view a Friday Nite Video, click an image below,
Wealth Inequality in America 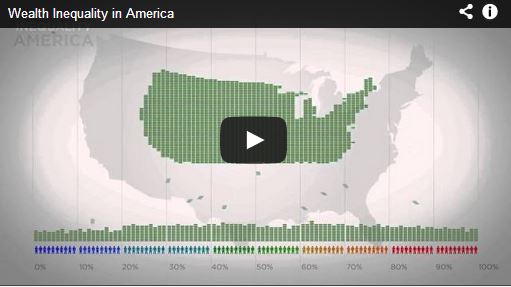 The distribution of wealth in America is way more unequal than we think it is or than we think it should be. These are the real numbers, and they're hard to believe.
Strike: Fast Food Workers Speak Out

These are the names, the faces, the lives and the demands of fast food workers, who are striking for the right to organize and a decent wage.
The Onion Warns Miley Cyrus May Be Depleted 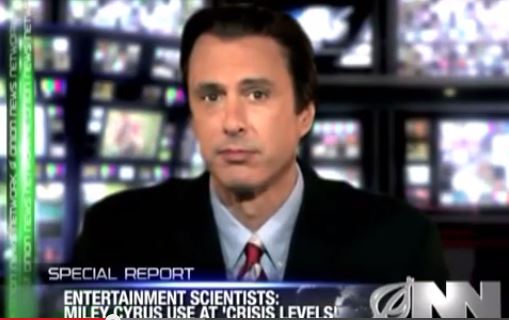 In 2008, experts warned that Miley Cyrus had just five years before she became a withered, dessicated husk. Unless she is conserved, humanity may be reduced to barbarism.
Walmart Workers Announce Labor Day Deadline 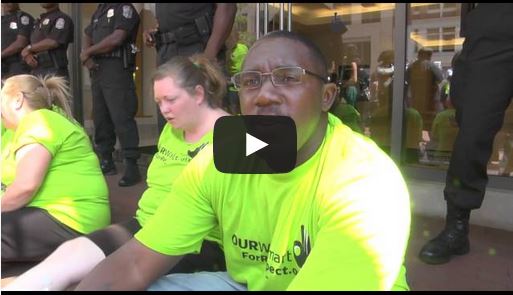 The growing group of OurWalmart workers across the country are demanding justice and a decent wage. They have given the giant retailer a Labor Day deadline to meet their demands or face intensified and widespread actions.
John L. Lewis With Atlanta Fast Food Strikers 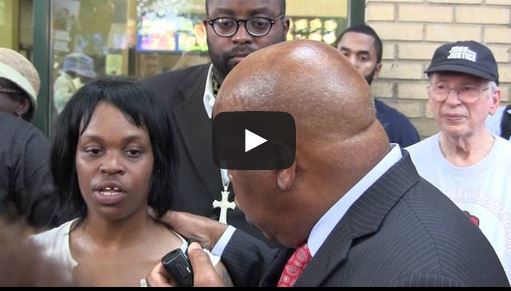 On Aug 29, fast food workers in Atlanta and 49 other cities around the country went on strike. Rep John Lewis joined Atlanta Jobs with Justice to fight for a living wage and a union for fast food workers.
Kevin Spacey: Give Viewers Control 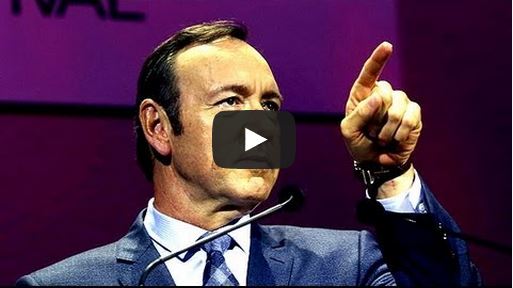 Double Oscar-winner Kevin Spacey challenges TV channels to give "control" to their audiences or risk losing them at his address at the James MacTaggart Memorial Lecture at the Edinburgh Television Festival.