The National Labor Relations Act protects the right of employees to join together to improve their working conditions. The collective power of union membership is designed to balance the power of employees with that of employers, who can increase their power by incorporating or forming partnerships. Employees can also be more powerful together by filing class action lawsuits to enforce their rights under employment laws other than the NLRA. 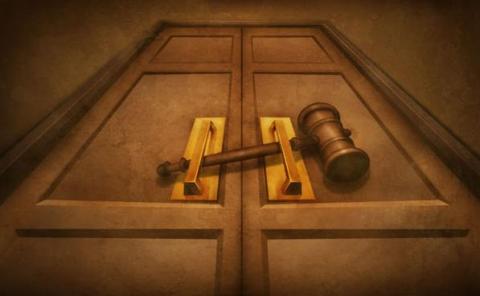 Almost all of the cases we have discussed in the judicial amendment series have been US Supreme Court decisions, and all were originally heard by the National Labor Relations Board. Today's discussion focuses on a 2012 NLRB decision, D.R. Horton. Horton has not yet been judicially amended. Instead, it is the result of case after case of judicial amendments.

As we have emphasized, the National Labor Relations Act protects the right of employees to join together to improve their working conditions. The collective power of union membership is designed to balance the power of employees with that of employers, who can increase their power by incorporating or forming partnerships.

Employees can also be more powerful together by filing class action lawsuits to enforce their rights under employment laws other than the NLRA. For example, employees might join together to sue an employer who fails to pay overtime, coerces employees to work off the clock, or discriminates against employees based on age, disability, race or gender. If these claims were filed by individual employees, the cost of suing could be so great that it would not be worth the time and cost to sue. In those cases, the employer may escape liability altogether.

A class action changes the math, however, and makes it worthwhile to sue the employer.

Class actions allow employees with similar claims to join together in one lawsuit against their employer. Not only does this reduce the costs to each employee (and to the employer), it can also make it easier to show whether the law has been violated.

Even though the employer saves money by trying multiple claims in one case, employers may still prefer individual cases, because they make it harder for employees to prove their cases and easier for employers to avoid liability.

Employers have responded by locking the courtroom door to their employees, requiring employees to agree to arbitrate individually any legal claims against the employer and to give up the right to bring a class action. It has now become the norm for an employer to require employees to sign waivers of rights when applying for a job. If the employee refuses to sign, the employer will not hire the employee.

Most employees readily agree because they need the job or they don't expect to ever have a legal claim or they have no power to resist or they don't read the contract or don't understand what an arbitration agreement means. Or all of the above. Sometimes the arbitration "agreement" is hidden in a long employment manual or included with a mass of other documents like tax and benefit forms that the employee signs on the first day of employment, making it easy for the employee to miss the significance of the agreement or even to miss seeing it altogether.

Today's compulsory arbitration agreement takes away employee collective rights, just like the yellow dog contract, by forcing employees to give up their legal rights as the cost of getting or keeping a job. Arbitration agreements banning class actions violate employees' right to join together as a group to remedy their employer's violations of laws relating to employees' working conditions.

Despite the sound legal basis for the NLRB's decision, employers have resisted it. The Horton case has been appealed to the Fifth Circuit Court of Appeals, but the court has not yet ruled. In the meantime, other courts have grappled with Horton when employees file class action claims in court and argue that Horton makes arbitration agreements that ban class actions unenforceable.

The law has long barred enforcement of illegal contracts. For example, if the person you hired to kill your annoying neighbor fails to do the job as agreed, you cannot ask a court to enforce the contract. Killing is against the law, so a contract to kill someone is also against the law. Nor will a court enforce a contract to work for less than the minimum wage or a contract for a child to work in a factory, even if the parents desperately need the money. Both contracts would require illegal behavior.

The courts are a third branch of government. They must enforce the law, not aid in its violation. When courts enforce illegal agreements by requiring employees to give up access to the courts, the courts judicially amend laws that have given employees important rights. Among these rights are the right to work without illegal harassment, to take leave to care for a family member and to be paid for all hours worked.

Although the NLRB, the expert agency set up to enforce the NLRA, held in Horton that contracts that waive the right to bring a class action are illegal, most courts faced with the issue have enforced these agreements. As a result, instead of enforcing employees' legal rights, judges are forcing employees to file more costly individual claims in a forum in which the employee is far more likely to lose.

Research by Professor Lisa Blomgren and others has shown that employees win their cases less often under these coerced "agreements." Why is that?

An employee is even more likely to lose when the employer has arbitrated a previous claim with that same arbitrator. With a union, both parties are repeat players in the arbitration system. Individual employees lose that advantage. These facts make forcing the employee into arbitration even more problematic.

While Horton has not yet been judicially amended, the cases that allow employees to be forced to arbitrate legal claims against their employer are judicial amendments of the Federal Arbitration Act. The Supreme Court has taken a law that was intended to allow businesses to enforce voluntary contractual agreements to arbitrate their disputes with one another and applied it to force employees to arbitrate legal claims against their employers despite the law's express exclusion for employment agreements. Now, as the courts flout the NLRB's decisionHorton and enforce illegal agreements, we see the judicial amendments stalking Horton.

This illustrates what happens with judicial amendments. They are not a one-time deviation. They are sticky and expand over time. That's what is happening with Horton. One branch of the government has used judicial amendments to take away, not just our NLRA rights, but our right of access to the courts. Employers see how they can use this judicial amendment. They are expanding it and taking away more rights using coerced, involuntary arbitration agreements.

The use of coerced "agreements" to arbitrate legal disputes does not just affect employees. The next time you buy a product, sign up for a service, or apply for a credit card, read the fine print. Chances are that you have agreed to arbitrate any disputes that arise with that business. You may even find that, although you live in Punxsutawney, Pennsylvania, you must travel to some distant place to arbitrate. And the Supreme Court will probably enforce this agreement.

[Ellen Dannin is Fannie Weiss distinguished faculty scholar and professor of law at Penn State Dickinson School of Law and author of "Taking Back the Workers' Law - How to Fight the Assault on Labor Rights."
Ann C. Hodges is professor of law at the University of Richmond, where she teaches and writes in the areas of labor and employment law. Prior to joining the faculty, she practiced labor and employment law in Chicago and worked for the National Labor Relations Board as a field examiner.]

This is the 20th article in the Judicial Amendment Project series on the history of the National Labor Relations Act. The stories in the series, to date, include: