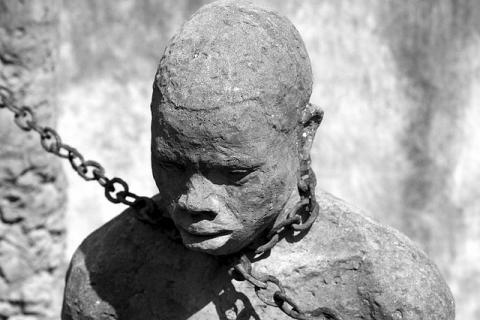 There are still debates amongst Liberals and Conservatives over whether the Civil War was about slavery. The answer is found within secession documents.,Photo by Murky1

There are various things that conservatives and liberals disagree over, and for some insane reason, whether or not the Civil War was about slavery is one of them. Sure, the war ended with the abolition of slavery, but many individuals still claim that the entire war was over states' rights as opposed to the tradition of owning another human being.

Sadly, this isn't a random extremist ideology that is pervasive only amongst the most racist of individuals. The Pew Research Center actually found that 48% of Americans believed that the Civil War was about state's rights, and only 38% thought it was over slavery. Even more alarming is the fact that young people are the ones driving these numbers. A full 60% of those surveyed under 30 felt the war had nothing to do with owning slaves.

Historical Revisionists Deny Slavery As Cause Of Civil War.

Unfortunately for those who want to rewrite history, America was pretty good at record keeping, and this holds true even in the South during their "we wanna be our own country" phase. Revisionists and those they have tricked into believing untruths can argue all they want, but the states that seceded from the Union were very clear on why they did so. This might make that whole yearly Confederate History Month seem a bit more racist. (a BIT? - ed)

In reality, there were four states in the Confederacy who decided to write their own declarations of why they were seceding from the Union. Surely the racists of today would go back in time and tell them not to do this. After all, why leave a paper trail of racism? Oh well, too bad. Here you go!

South Carolina Was Very Clear On The Matter.

South Carolina pretty much destroyed the idea that the Civil War was over states' rights in its declaration. The state said that several northern states "have enacted laws which either nullify the Acts of Congress or render useless any attempt to execute them." They were very upset about this because these states' laws often allowed slaves to stay as freemen if within their territories. Okay, so the Civil War was about states' rights, unless that state didn't agree with the institution of slavery? Right.

On top of this, the declaration seems to get pretty mad over the fact that the North labeled slavery as "sinful," and they even went on to say that the North had "encouraged and assisted thousands of our slaves to leave their homes; and those who remain, have been incited by emissaries, books and pictures to servile insurrection." That's right! No teaching Africans to read or look at pictures! Because they might want freedom then.

Mississippi Was Proud Of The War Being Over Slavery.

But oh, Mississippi. They're a little bit off hinge nowadays, but back in the day, they were straight forward with their beliefs. Their declaration literally says that they're leaving the Union because their "position is thoroughly identified with the institution of slavery- the greatest material interest of the world. Its labor supplies the product which constitutes by far the largest and most important portions of commerce of the earth."

It's a bit long to post the whole declaration here, but seriously, go read it. They literally say that slaves are necessary because only Africans can handle the type of heat experienced through work in the South.

Georgia Upset That Its Slaves Could Run North To Freedom.

Ah, and the good old Peach State: Georgia. They wrote a lengthy declaration and actually cited numerous sources (something unheard of in the conservative party of today), but it all broke down to "leave our slaves alone!" One reason Georgia left is because a provision in "the Constitution [that] requires them [Northern states] to surrender fugitives from labor."

Georgia, not one to not go all out, also said "Our confederates, with punic faith, shield and give sanctuary to all criminals [runaway slaves] who seek to deprive us of this property or who use it to destroy us." That's right: runaway slaves were criminals and Georgia was mad that the North wasn't returning them. In fact, go ahead and read Georgia's declaration as well. It's a bit longer, but there's literally not three sentences that go by without mentioning slavery as a cause for secession.

Texas Truly Did Do It Bigger.

Of course, we all know that they do it bigger in Texas. The Lone Star State actually mentioned slavery in its declaration a full 21 times. In fact, they pretty much went all in on their anti-African sentiment.

We hold as undeniable truths that the governments of the various States, and of the confederacy itself, were established exclusively by the white race, for themselves and their posterity; that the African race had no agency in their establishment; that they were rightfully held and regarded as an inferior and dependent race, and in that condition only could their existence in this country be rendered beneficial or tolerable.

You read that right: it's their right to own slaves. On top of this, Africans had no part in founding America, and the only way they'd put up with those Africans being there was if they were slaves. But hey, let's not stop there!

That in this free government all white men are and of right ought to be entitled to equal civil and political rights; that the servitude of the African race, as existing in these States, is mutually beneficial to both bond and free, and is abundantly authorized and justified by the experience of mankind, and the revealed will of the Almighty Creator.

You read it here first, folks: slavery is great for those who are free and those in shackles, and hey, this has to be true because God said so. Tsk, tsk. Texas, Texas, Texas. First Bush and now this? Oh, okay, that was backwards. Bush is a bit more understandable now.

Oh? That's not enough for you?

Okay, okay. So maybe the entire Confederacy didn't engage in the Civil War in an attempt to keep slavery around. After all, only the four states above had declarations saying that their secession was due to slavery, and there were 11 states in the Confederacy. So maybe it was just those four states that fought for slavery, right? Unfortunately for the revisionists, the vice president of the nonexistent Confederate States of America said:

The new Constitution has put at rest forever all the agitating questions relating to our peculiar institutions--African slavery as it exists among us--the proper status of the negro in our form of civilization. This was the immediate cause of the late rupture and present revolution [...] The general opinion of the men of that day [Revolutionary Period] was, that, somehow or other, in the order of Providence, the institution [slavery] would be evanescent and pass away [...] Our new Government is founded upon exactly the opposite ideas; its foundations are laid, its cornerstone rests, upon the great truth that the negro is not equal to the white man; that slavery, subordination to the superior race, is his natural and normal condition.

You didn't read that wrong.  That is the Vice President of the Confederacy stating point blank that the only cause for secession was the institution of slavery.

So there you have it. Revisionists can clamor all day about how the Civil War wasn't about slavery. Unfortunately, the founders of the Confederacy and triggers to the Civil War simply don't agree with them. They can enjoy their Confederate History Month, but if they claim that the War Between the States was over anything other than slavery, maybe they should read their treasonous "founding fathers'" words first.