Tragically it is not the kind of character valued in the NFL, and that’s the heart of the damn problem. 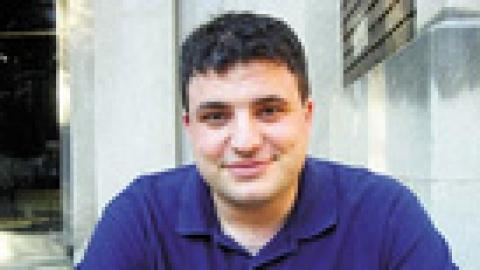 With an organized uniformity resembling a flying picket of bully solidarity, members of the Miami Dolphins areloudly and proudly proclaiming their love for suspended teamate and alleged racist bully Richie Incognito as well as their disgust for his accuser, second-year player Jonathan Martin.

Wide receiver Brian Hartline is “outraged” at Martin for coming forward. Tackle Tyson Clabo said that Martin “needs to stand up and be a man," and added "I don’t know why he’s doing this.” And then there is quarterback and face of the franchise Ryan Tannehill who said that Incognito is "the best teammate I could've asked for."

When players were asked whether Martin, who has two years left on his contract, can return to Miami's locker room, as ESPN’s James Walker reported, “Several players declined to answer that question on Wednesday -- almost out of spite.”

Some African American teammates have also said that Incognito’s use of the phrase “half n-----“, in reference to Martin was fine with them, with one player saying anonymously, "Richie is honorary. I don't expect you to understand because you're not black. But being a black guy, being a brother is more than just about skin color.” (No word whether Warren Sapp, who says that Incognito called him a n----- during a game, sees Incognito as "honorary".)

As his teammates trash him and applaud his abuser, Martin has checked himself into a mental health facility.

It is more than understandable why someone would look at this carnival of reaction and be sickened. But people should be cautious about directing their outrage solely at only those in the Dolphins organization who wear shoulder pads. I have spoken to several current and retired NFL players this week and they all say variations of the same thing: none of this happens without tacit or explicit approval from those on high. As former New England Patriot Ted Johnson put it to me, “People have to keep in mind that players do not have guaranteed contracts so nothing happens that does not have the approval of the head coach, general manager or whoever is seen as being in charge.” This backs up reports in the Sun-Sentinel that Incognito was instructed by coaches to "toughen up" Martin after he missed a voluntary off-season workout.

Johnson and many others also said that no, they never heard white people on their teams calling their black teammates  n---- in the locker room as some kind of accepted term of endearment. One player said that he never heard the n-word come out of a white person's mouth unless it was a racist looking for a fight.

In other words, based on everyone with whom I spoke, it is clear that not every locker room is like this train wreck in Miami. If you have a coach who will not put up with bulling, then it won’t happen. It is also true however, that coaches with a zero tolerance for this kind of harassment are few and far between. It may not be on every team, but in far too many locker rooms there is a culture that reveres people like Richie Incognito and despises the “weakness” of Jonathan Martin. This gets reinforced by a sports media often dominated by a particular kind of ex-jock who will carry water for the status quo with the doggedness of a mule in the desert. Case and point is Mike Golic. The former NFL lineman and current host of ESPN's popular Mike and Mike in the Morning radio show was ranting about how he would have just fought anyone who bullied him. He’d punch them in the face because, as he said, “That’s just me.” When sports writer Dan Le Batard pointed out that sometimes fighting, particularly fighting a violent rageaholic like Incognito, could make a problem worse, Golic asked Le Batard, "Have you ever done anything manly in your life?"

If you believe that being either like Richie Incognito or being the sort of person who would punch out Richie Incognito makes you a " real man", then you better have the word "teen" in your age. Otherwise you are more than part of the problem. You are actually preserving the bullying status quo of violence as a twisted definition of "manhood". Even worse, you are standing with Mike Golic.

As Byron Hurt, former college football star who became a documentary filmmaker devoted to exploring so many of the issues at play in this story, wrote,

“In leaving the Miami Dolphins football team, Jonathan Martin has subverted a long-held belief system and tradition that relies on male silence and compliance.  It is a practice that intentionally preys on easy, vulnerable targets. Martin showed strength and courage, not weakness – as it has been suggested – by not allowing the abusive behavior to continue.”

Byron Hurt is right. Just look at the profiles of conformity and cowardice on display. You have the Dolphins hierarchy of coaches and execs who seem to be either lawyering up or practicing the time-honored practice of covering their asses. You have the Dolphins players who cannot stand Incognito choosing to remain silent. * You have certain ex-jocks who from the safety of a plush radio studio talk about how they would “man up and bust some ass.” The only hero in this is Jonathan Martin. He blew the whistle and called out Richie Incognito for racism, for homophobic threats, and for treating what should be a workplace like a frat house. He is defining himself as an adult in a room of children. This is called character. Tragically it is not the kind of character valued in the NFL, and that’s the heart of the damn problem.

* According to ESPN’s Adam Schefter, this group is significant but keeping their heads down.